The historian, columnist and former Rajya Sabha MP says the prime minister has opened new frontiers and "given us pride in ourselves." 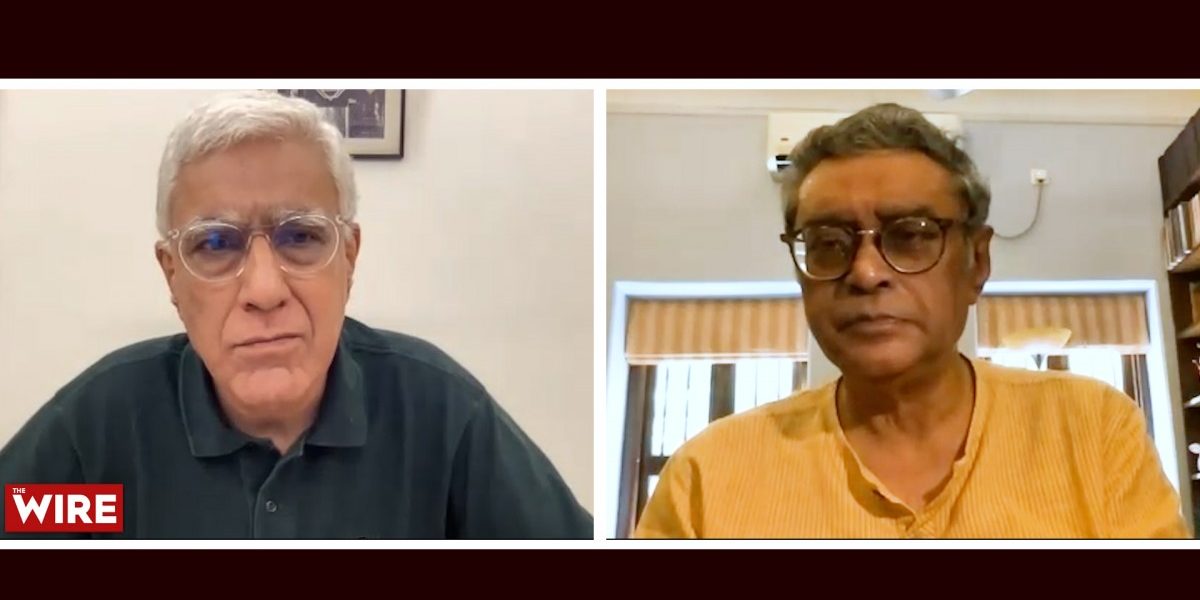 In an interview to speak about how India has changed in the 75 years since independence in 1947, Swapan Dasgupta – one of the foremost intellectuals of the Bharatiya Janata Party – has said that Narendra Modi is a special prime minister who has moved the country onto a totally new and different trajectory than that of his predecessors.

Dasgupta says India has changed profoundly between 2014, when Modi came to power, and 2022. Not only is the direction new and different but Modi has also entered new frontiers, Dasgupta says, adding that most people believe Modi has given India decisive leadership.

Dasgupta says that he believes that under Modi a new type of ruling class has emerged which is very different to the anglicised elite who ruled in the 1950s, ’60s and ’70s. The new class comes from small towns and often very deprived caste backgrounds. They have not necessarily been educated in English but in a variety of different Indian languages. Dasgupta believes they are more “authentically Indian.”

Speaking about the Congress Party, for whom many believe the sun is setting, Dasgupta says one must never underestimate Congress’s contribution not just since 1947 but 1885, when the party was founded.

Speaking about the last 75 years, Dasgupta says the achievements India can be justifiably proud of include becoming a politically united state and an intact democracy. Where we ‘failed’ is to realize our full potential. He says there were also periods when we “institutionalised inefficiency” and “failed to root out corruption”.

In the interview, Dasgupta speaks about Nehru and the critical role he played in modernising India as well as the extent to which he is to blame for mishandling relations with China and the 1962 defeat. Dasgupta also speaks about Indira Gandhi and the emergency and the sort of country she left behind when she was assassinated in 1984.

Looking down the road, Swapan Dasgupta says the BJP would like to see an India 25 years from now “which matters”. Elaborating he said “whose voice counts in the world, whose citizens are proud to hold an Indian passport”.

Asked what role or position he sees for India’s minorities, particularly its Muslims, in that future country, Dasgupta began by saying, “Muslims are very much a part of India” but ended by asking “why is a section of Muslims uneasy with an India that is becoming far more authentic” i.e. far more rooted in its culture and history?

This 33-minute interview to Karan Thapar for The Wire with Swapan Dasgupta is the latest in a series of select interviews to mark the 75th anniversary of Independence and explore what this anniversary means.

This series has already featured interviews with Shashi Tharoor , Hamid Ansari and Romila Thapar. On Tuesday (August 16) we will interview the renowned historian of Modern India and well-known columnist Ramachandra Guha and on Saturday (August 20) the Finance Minister of Tamil Nadu, P. Thiaga Rajan.