Kamal Nath was present at a site of violence against Sikhs in 1984. The Congress’s continued refusal to break the cycle of political violence is cause for worry.

By choosing Kamal Nath as its chief ministerial nominee in Madhya Pradesh, the Congress has once again abandoned an opportunity to make a clean break with a sordid slice of its past. Served a notice by the Nanavati Commission investigating the killing of Sikhs in the aftermath of the assassination of then Prime Minister Indira Gandhi in 1984, the Congress leader escaped punishment because of lack of evidence.

The shadow of the 1984 killings nevertheless continues to hang over him. And that is not surprising, given the sluggish judicial system where delivering justice in such cases takes years and decades to materialise. That too, if and when justice is delivered at all. As time passes, producing watertight or clinching evidence become more and more difficult to find. Many witnesses turn hostile, many succumb to the passage of time.

Also Read: Rahul Gandhi Could Be a Credible Alternative to Narendra Modi

Justice delayed so long loses the very purpose it is meant to serve – the purpose of healing and redeeming the injustice committed against the victims.

Besides, let’s not lose sight of the fact that this is just one among many massacres of religious and ethnic minorities since India gained independence. Here are just a smattering of such episodes: the 1970 Bhiwandi riots that killed 250 people, 1980 Moradabad riots took a toll of at least 400 people, 1983 Nellie massacre killed nearly 2,000 migrants, 1989 Bhagalpur violence left almost a 1,000 dead. Both 1984 and 2002 riots killed more than 3,000. The list is depressingly long. Atonement by political parties stoking such riots is rare.

The Congress’s former Prime Minister Manmohan Singh did apologise in parliament for the 1984 violence. In his apology on August 12, 2005, Singh said:

More than four years into his prime ministership, we are yet to hear the present incumbent Narendra Modi apologise for the 2002 violence that played out on his watch as then Gujarat chief minister. 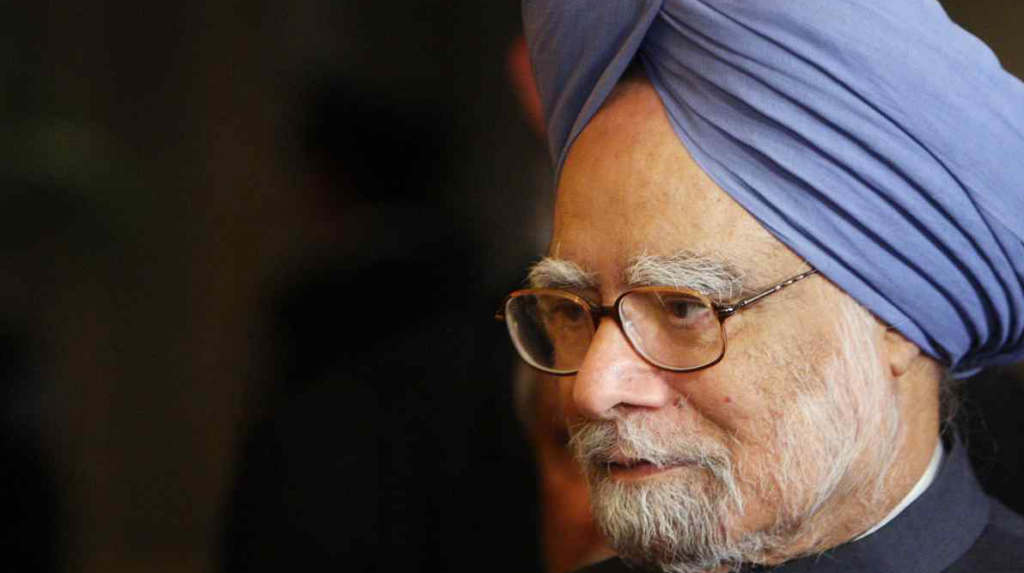 The Congress’s former Prime Minister Manmohan Singh did apologise in parliament for the 1984 violence. Credit: PTI

But at the heart of Kamal Nath’s appointment lies the vexed question of political ethics and morality. That question is no doubt a question political parties in the game of winning elections find difficult to deal with. Yet that is the question that begs an answer – now with more urgency than before.

Recall in this context, the former BJP minister Maya Kodnani’s acquittal in April this year. The only minister to have been indicted for a charge of inciting riots, Kodnani was accused of leading a mob in Gujarat’s Naroda Patiya village in 2002. The violence killed 97 Muslim men, women and children. The Gujarat high court, however, acquitted Kodnani on the grounds that none of the witnesses against her were reliable.

Kamal Nath, then an emerging Congress leader from Madhya Pradesh, was seen at the site of Rakab Ganj Gurudwara, under siege in 1984, for over two hours. “The attack on Rakab Ganj Gurudwara was also remarkable for the fact that it was probably the first, and so far, the only instance in the history of mass violence in India, where a political leader admitted to being on the spot. And such an instance ironically occurred in the immediate vicinity of India’s parliament,” wrote Manoj Mitta and H.S. Phoolka in the book When a Tree Shook Delhi.

Just two years ago, the Congress high command, facing a backlash from the Sikh community, was forced to withdraw Kamal Nath as party general secretary in charge of Punjab. Yet, now the party has appointed him as chief minister of Madhya Pradesh, even though it had the option of choosing Jyotiraditya Scindia for the top post. Coming up short on two counts

The Congress has come up short on two counts: in tactics and in taking the moral high ground over its principal adversary, the Bharatiya Janata Party (BJP). Let’s first consider the question of tactics: Nath’s appointment as chief minister has given the ruling party in Punjab, and its ally Akali Dal, a chance to turn the screws on the Congress.

At a time when the 2002 killings of Muslims in Gujarat continues to be part of the discourse of political party-sponsored violence, Kamal Nath’s selection for a position as important as Madhya Pradesh chief minister is legitimate reason for concern. The Congress’s continued refusal to look the problem in the face and break the cycle of political violence that has legitimised such massacres in the past, does indeed give cause for worry.

Predictably, Manjinder Singh, a leader of the Shiromani Akali Dal, on Thursday lashed out at the Congress, accusing the party of protecting the guilty in the 1984 killings. “Whenever the Gandhi family comes to power, it protects the perpetrators of the 1984 riots,” Sirsa said. “Now, Rahul Gandhi and the Gandhi family are rewarding Kamal Nath as chief minister of Madhya Pradesh. Rahul Gandhi wants to give a message that those involved in the killings of Sikhs in 1984 now need not worry… that they are behind them and will reward them instead.”

The rhetoric of whataboutery aside, Kamal Nath’s installation as chief minister by a party that claims to provide an alternative to the ideology and politics of violence casts a shadow on the seriousness of that claim.