By consistently deterring students from dissenting against illegitimate and regressive practices, the current administration seems determined to crush JNU's commitment to social justice. 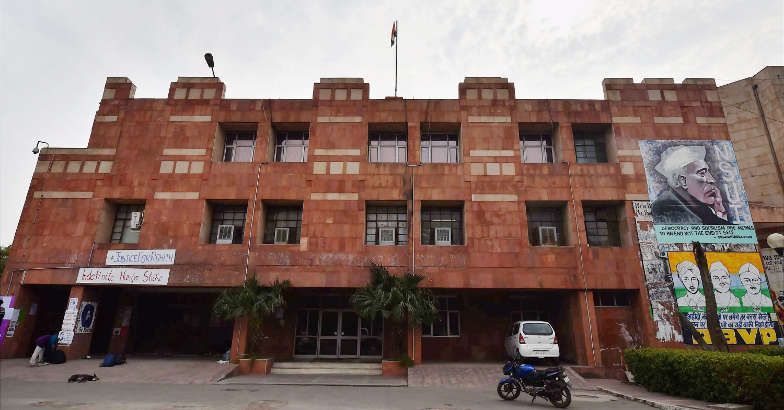 Since the events of February 9, 2016, Jawaharlal Nehru University has been reeling from the consequences of administration’s heavy-handed stance against student activism on and across other campuses. Besides militarising the campus, which led to police raids, baseless inquiries and arrests of several students under the notorious and contentious section 124A of the IPC that has historically been used as a tool to gag voices of dissent, the current administration also seems to have resorted to a policy of harassing teachers and students with arbitrary notices to appear for inquiries and pay large amounts of fines on the flimsiest of pretexts.

These notices are often sent on the basis of unscrupulous and even false complaints made by members belonging to the Akhil Bharatiya Vidyarthi Parishad, the right-leaning BJP/RSS-affiliated student wing, which increasingly appears to be enjoying special proximity to power in recent years, and thereby, having a monopoly of say over all matters concerning India’s national interest, including how to run our universities, and what the faculties ought or ought not to teach.

Only last year, several students were suspended without a proper inquiry despite the presence of a high level enquiry committee. Moreover, a notice meant for a particular student was sent to five or six people bearing the same name when the intended person could not be ascertained. It is becoming increasingly apparent that the JNU administration is trying to create and perpetuate a climate of fear on campus so as to discourage any form of dissent or critique from within the student community, or from progressive factions of the faculty. Of course, it goes without saying that it is the student community that is more vulnerable and is, therefore, always the first target of administrative overreach. However, the current atmosphere at the university has certainly attempted to systematically affect student-teacher solidarity on campus, which is an integral part of JNU’s educational culture.

In fact, administration under the current vice chancellor – who typically refuses to deliberate or actively engage with various stakeholders on any regard – has given rise to a state of affairs at the university which, if one takes into account all of its recent instances of weaponising its ire against dissenting voices, could only be called unprecedented. This year, administration has also come up with new rules regarding public meetings, underlining aspects like where to protest, how to protest, what to discuss, what not to discuss, etc. Where once we used to celebrate a decentralised centre- and hostel-level democracy in JNU, now all matters are being decided solely by a “competent authority” that has emerged to skew further the already imbalanced power structure that exists between administration and students, and to centralise the decision making process. Meetings of bodies such as the Campus Development Committee and Inter-Hall Administration are deliberately delayed to undermine their independent functioning and render them toothless in matters concerning students’ welfare.

JNU is known for having a culture where academics and activism has been closely connected. This administration has been trying hard to curb this culture and therefore is targeting studentship, so that the students remain away from activism out of fear. This is exactly what has been echoed by the members of the Rashtriya Swayamsevak Sangh who are government appointees in their statements from time to time that students should stay away from activism. The recent one being the statement by ICSSR chief Braj Bihari Kumar that textbooks are turning students into activists.

‘Do not raise voice against authority’

Today, various student activists are facing enquiries on campus as well as FIRs on baseless allegations merely for organising protests. I am currently facing six enquiries and two FIRs myself. The message is loud and clear: Do not indulge in activism; do not dare to raise your voices against our authority. It boils down to a simple mechanism of consistent bureaucratic and financial harassment to deter students from dissenting against illegitimate and regressive practices. As you read this, more than 20 students have been barred from registration for the next semester, out of which 14 have been fined heavily – six students with Rs 20,000 and the rest with amounts ranging from Rs 8,000-10,000.

The students’ union in JNU stands for equal access to quality education of which critical thinking is at its very core. We stand for fair and equal access of all students to hostel accommodation, and all other campus facilities and we prioritise social and gender justice in every aspect of campus life. JNU is well known for its progressive politics, and it is the persistent constructive efforts of the various students’ unions of the past and present that have ensured that such politics do not remain confined to mere classroom rhetoric, but translate into practice and reflect in our policies. It is this spirit and commitment to social justice at JNU that the current administration seems determined to crush.

Mohit Pandey is the president of the JNU Student’s Union.