Why Is BJP Making it Seem Like Jitin Prasada's Entry Is Such a Big Deal?

The created buzz around Prasada's party shift has taken some of the spotlight away from the perceived Modi-Yogi rift. 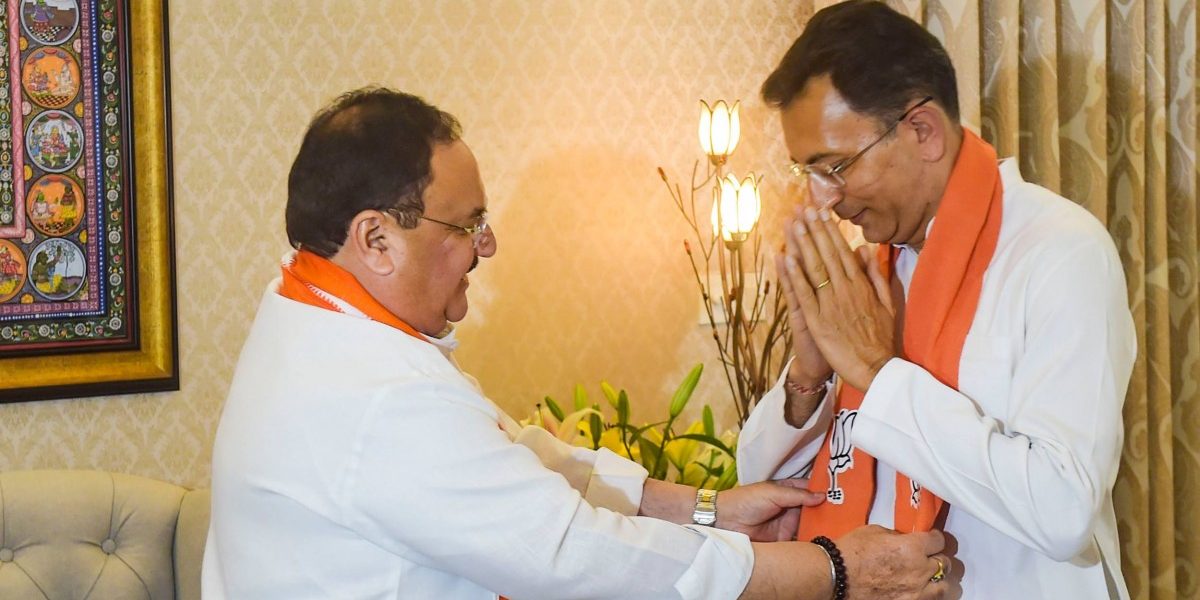 Lucknow: Congress leader Jitendra Prasada switching loyalties to the Bhartiya Janata Party (BJP) may not be as big deal as it is being made out to be by the ruling BJP.

The excitement may be writ large on the faces of the BJP’s top brass over the issue, but it has not brought that level of disappointment in Congress circles. There could be two reasons behind this. Firstly, perhaps it was the writing on the wall for quite sometime that a restless and disillusioned Prasada would, sooner or later, cross over to the BJP. After all, the Congress leadership had left no stone unturned to ignore this third-generation party loyalist, even though he carried the reputation of being close to Rahul Gandhi. Secondly, there was precious little that Prasada had the potential of providing to the BJP.

To say that his departure from his parent party was a “jolt” or “loss” to the Congress could only be termed as a hyperbolic estimation. With the Congress being completely down in the dumps, particularly in the country’s most populous state of Uttar Pradesh, where was the scope for this move to give any further jolt to the party?

Interestingly, the ruling dispensation was busy projecting a larger-than-life profile for Prasada, who drew all his political strength from his proximity to Rahul Gandhi. Prasada’s other claim to fame was his lineage – as son of a once-important Congress leader, the late Jitendra Prasada, who had shot into the national spotlight after he dared Sonia Gandhi in the Congress party’s presidential election.

BJP bigwigs may be busy highlighting Jitin’s two stints as Union minister during the Manmohan Singh regimes, but there was nothing spectacular that could be attributed to him during this period either.

As if that was not enough, the BJP leadership also got down to propagating how Prasada’s Brahmin background will enable the party to attract members of this all-important ‘upper’-caste community, who were somewhat disillusioned with the party because of UP chief minister Yogi Adityanath’s overtly pro-Thakur orientation.

What the ruling party seems to be ignoring is that if Prasada was really seen as a Brahmin leader, he would not have lost two Lok Sabha and one Vidhan Sabha elections so badly that he even lost his deposit. His Brahmin appeal was probably limited only to the geographical boundaries of his home, Shahjahanpur, and some areas around.

Then what could be the BJP’s purpose behind building such hyped perception about this 47-year-old Congress leader who does not seem to have ever risen to the occasion? There can be no denying that Prasada’s plunge from the Congress into the BJP has helped in taking away the spotlight from the prolonged stand-off between Prime Minister Narendra Modi and UP chief minister Yogi Adityanath that was being hotly debated in the media for some few weeks.

While bunking all stories relating to the stand-off as a “creation of the media”, the ruling dispensation was now out to proclaim that all was well within the party – even as it was rather late in the day to do so. But the manner in which the entire party leadership was busy focusing on Prasada does indicate an intent to divert people’s attention from the Modi-Yogi issue.

Quite amazingly, today Prasada is much more prominent in the news than he has ever been before. Even Adityanath has been unusually generous in showering praise on Prasada. “I welcome Jitin Prasad in the party and I am sure his arrival will add to BJP’s strength in UP,” Adityanath tweeted soon after Prasada took BJP membership in the presence of Union railways minister Piyush Goel in New Delhi on Wednesday.

It will be no surprise if Prasada is further pampered and given a berth in the government to impress and influence the Brahmin community. But whether all this melodrama will eventually impact ground politics in Uttar Pradesh is anybody’s guess.