Activists have demanded that the officials responsible for cancelling the ration card of Santoshi Kumari's family be held accountable. 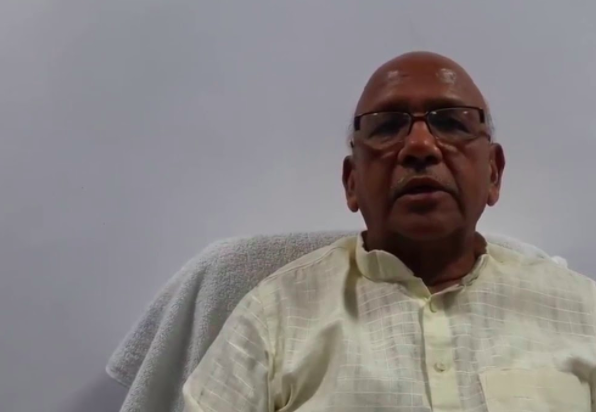 New Delhi: With Jharkhand food and civil supplies minister Saryu Roy admitting that the Raghubar Das-led BJP government in the state was “on the backfoot” in view of the alleged hunger death of 11-year-old Santosh Kumari in September this year, activists who blamed the government all along for cancelling the girl’s family’s ration card have now demanded action against the guilty officials.

Tweeting a portion of Roy’s statement in which he had said, “Ignoring ground realities they (CM & Chief Sec) boasted how fake ration cards were deleted”, Anjali Bharadwaj of the National Campaign for Peoples’ Right to Information tweeted calling for action against officials who deleted the family’s card without inquiry and did not act on their complaints.

Though Roy did not say in as many words that Santoshi starved to death, he admitted that a lot went wrong in the manner in which her family’s ration card was cancelled. “It’s a fact that the names (of Santoshi’s family) got struck off the ration list due to Aadhaar issues, which means they stopped getting ration. The cancellation of the family’s ration card was our mistake. We are on the back foot.”

Roy’s statement also showed that the chief minister and chief secretary were not in agreement with the minister when it came to the issue of cancelling ration cards in the absence of Aadhaar linkage. “The CS should have apologised for the unwanted order,” Roy was quoted as saying. He added, “the CM too didn’t focus on this. Ignoring ground realities, they boasted how fake ration cards were deleted. I am not on the same page with them on these things.”

The Right to Food Campaign had last week brought Santoshi’s mother Koili Devi, sister Guddiya Devi and activists from the state to Delhi to raise the issue of rampant ration card cancellation in the name of Aadhaar linkage.

‘Santoshi died of hunger, not malaria’

Guddiya had recounted the circumstances leading to her sister’s death. The family, she said, had not cooked any food for eight days as there was no grain in the house. On the day of Santoshi’s death, September 28, the whole family was desperate for food. They asked the neighbours for food, and they said they would give them the leftovers, if there were any. So the family just drank tea. Around 8 pm, Santoshi started complaining of a stomach ache and died around 10 pm.

Stating that Santoshi was not ill and was not suffering from malaria as the Jharkhand government had claimed, Guddiya talked about how Santoshi died asking for food. She also noted how her father suffered from a mental disability and was therefore unable to work. The family eked out a living by collecting leaves and ‘datun’ (neem stems) from the forests and selling these, taking goats of other villagers to graze or working as farm labourers. They earned between Rs 30 and Rs 50 per day, she said.

Santoshi died despite an activist repeatedly complaining to the administration about her family’s condition. Taramni Sahu said she had met with the family in August, when she identified three families who were not receiving ration. Sahu had then complained about this at the “janta durbar” and also put the case before the deputy commissioner.

Many starvation deaths since September

In Delhi, the Campaign had on December 9 pointed out how since September this year, a number of hunger deaths have been recorded in Jharkhand. Activists said that in case of Santoshi, “Her family’s ration card was cancelled because it was not linked to Aadhaar”.

Further, it had charged that in late October, Ruplal Marandi died in Deoghar district after being denied grains as the Aadhaar-based biometric authentication of members of his family had failed. Then on December 1, they said a 64-year-old widow, Premani Kunwar, died of hunger and exhaustion in Danda Block of Garhwa district, Jharkhand. In her case, the Aadhaar-based payment system had redirected her pension money to a different account without her knowledge, they alleged. She was also denied her foodgrain entitlement in August and November.

The Jharkhand government has so far cancelled 11.6 lakh ration cards, state secretary of food and civic supply Vinay Chaubey said in September, claiming that these were bogus as they were not linked to Aadhaar cards by their holders.

Bhardwaj had pointed out how Aadhaar was leading to exclusions as those who did not have Aadhaar were not eligible to apply for social security rights and entitlements. Those who possessed an Aadhaar card were also often denied their entitlements if it was not linked or seeded with their ration card/pension, and sometimes entitlements were denied if the biometric did not match at the point of delivery or point of sale devices in ration shops, she said.

She charged that the Jharkhand government had done nothing to reinstate the ration cards that were cancelled earlier this year for lack of “Aadhaar seeding” and that money ‘saved’ by denying the poorest their basic entitlements was being proudly proclaimed by the government as its savings.