JMM chief Hemant Soren is likely to be chief minister. However, the winning coalition faces the challenge of pulling the state out of its permanent abyss.

New Delhi: From 37 in the last assembly polls to merely 25, the Bharatiya Janata Party’s numbers in the Jharkhand assembly are headed for a steep fall. Since all BJP victories are automatically attributed by the party to Narendra Modi’s popularity, will the prime minister come forward to take the blame?

Or will it be yet another case when the saffron party will make Raghubar Das, the first non-Adivasi chief minister of the state, the scapegoat?

Whatever be the case, the Jharkhand Mukti Morcha-Congress-Rashtriya Janata Dal alliance’s comprehensive win indicates that the mandate is not merely a vote against the Raghubar Das government, as sought to be projected by a few analysts, but also a positive approval of the opposition’s agenda.

The BJP concentrated on publicising the Centre’s welfare schemes and attempted to stoke raw emotions through its campaign on the Ram temple, Article 370, the issue of illegal immigrants, the National Register of Citizens, and so on. So shrill was its Hindu nationalist pitch that even the prime minister did not shy away from painting protests against the Citizenship Amendment Act as ones exclusively perpetrated by Muslims. His comment that the protesters could be identified by their clothes did not go down well with a large sections of the country.

Similarly, Union home minister Amit Shah did not miss a singly chance to tortuously pitch Adivasis against the minority community. While on the face of it the saffron party ran a campaign that hinged around its slogan ‘Ghar ghar Raghubar’ (‘Raghubar in every house’), its rank and file used every tactic to polarise the electorate as per its convenience. In the Santhal Parganas region adjoining Bihar, the party attempted to pit Adivasis against Muslims in semi-urban areas, whereas in rural areas it did the same with Sarna and Christian Adivasis.

The opposition alliance, on the other hand, focused on regional issues, and advanced a nativist agenda. It promised to fill all government vacancies within two years, while reserving 67% seats for Scheduled Tribes, Scheduled Castes and Other Backward Classes of the state. It also said that graduates and postgraduates would be given an allowance of Rs 5,000 and Rs 7,000 respectively every month. Most importantly, it said that it would implement 75% reservations for locals in the private sector.

What worked for the alliance?

The opposition’s agenda clearly won in this case. Look at the poll figures. The JMM contested 41 out of which it looks poised to win 30, having performed exceedingly well in rural areas. The Congress fought 31 and is leading in 15. The grand old party put on a good show in small towns, especially in the Santhal Parganas, but lagged behind the BJP in fully urban centres. The RJD from its share of seven constituencies, however, could win only one, pulling the opposition tally to 46.

The BJP, on the other hand, did quite poorly, given its state-wide presence and its strength. It had ditched its former allies, Sudesh Mahato-led All Jharkhand Students Union (AJSU) and Lok Janshakti Party, and contested on its own in all the 81 seats. 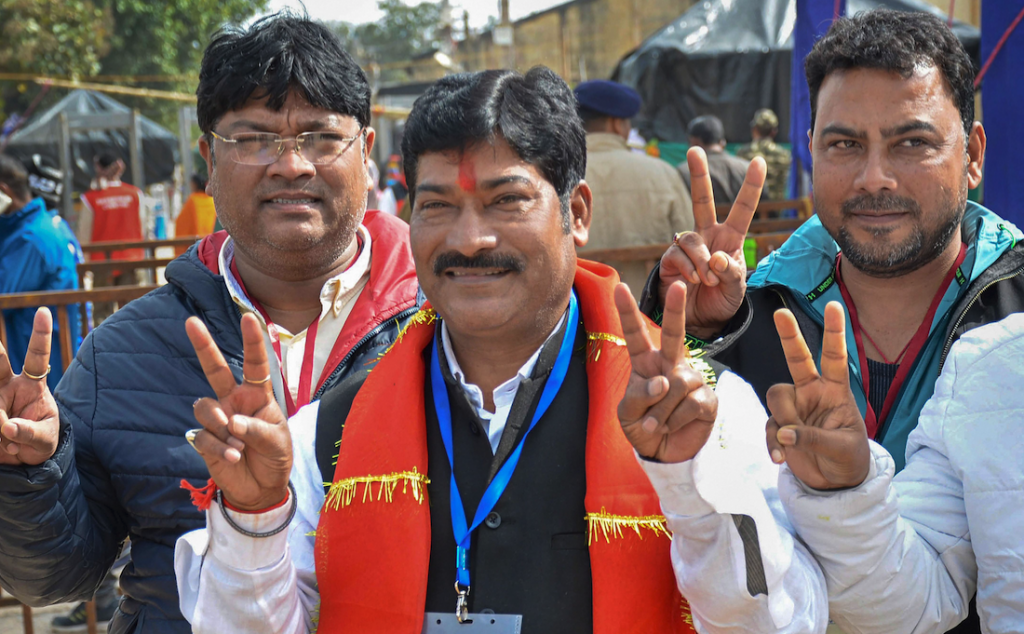 The only silver lining for the BJP is that it did relatively well in a small number of urban areas, retaining most of its seats. In rural areas and semi-urban areas, however, the opposition surged ahead.

For example, the BJP won Ranchi, Hatia, Hazaribagh, Dhanbad, Bokaro and Daltonganj handsomely. The only setback it had to face was in its stronghold Jamshedpur. Not only did the chief minister lose to party rebel Saryu Roy in Jamshedpur (East) but the saffron party also had to face defeat in the city’s West seat. The city results mapped the strong anti-incumbency sentiment against Raghubar Das, who had earned a reputation of being arrogant and inaccessible.

The important of an alliance

The Jharkhand results cement the political understanding that the BJP, despite having been portrayed by a large section of the media as seemingly invincible, can well disintegrate like a pack of cards, without the support of its allies. After coming back to power with a solid majority, the saffron party appeared to sideline the opinion of its allies in most central decisions, be it Article 370 or the Citizenship (Amendment) Act.

In Jharkhand too, it ditched its allies AJSU and Lok Janshakti Party in a display of what can only be called hubris. With 33.7% vote share, it fell around two percentage points short of the winning coalition. Had it struck an alliance, the results could have been entirely different as AJSU and LJP polled around 9% votes.

Also read: Shibu Soren’s Magic Endures in the Santhal Parganas. But Can it Win Polls?

In the 2014 polls, the opposition parties contested separately and ended up losing most of the seats in multi-cornered contests. However, in an alliance, it landed the advantage of a consolidated vote share, taking it past the majority mark of 41 in the 81-member assembly. 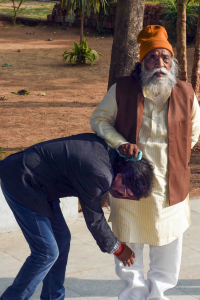 Hemant Soren bends down to take blessings from his father Shibu as the JMM-Congress-RJD combine led in the polls on December 23. Photo: PTI

Jharkhand was witness to strong Adivasi resistance to controversial land laws – Santhal Parganas Act and Chotanagpur Tenancy Act – that the Raghubar Das sought to implement. A large section of Adivasis thought these were snatching away their traditional land rights. The south Chotanagpur region saw a militant civil society resistance against the laws in what became popularly known as the Pathalgadi movement.

Although these issues were discussed neither by the BJP  nor the opposition alliance, political observers believe that the underlying anger in the state reflected in the mandate.

However, the Khunti district, the epicentre of the Pathalgadi movement led by Munda Adivasis, threw up an exceptional result. In both the seats of the district – Khunti and Torpa – the BJP candidates defeated rivals.

Rajan Pandey, an independent election analyst who has extensively toured the state, has an explanation.

“One, both the seats have a substantial number of Sarna Adivasis, among whom BJP has worked a lot over the last two years.”

Similarly in Torpa, the opposition could not find an anchor as the JMM replaced its sitting MLA Paulus Surin with a new candidate. Surin contested as an independent. The division of opposition votes gave a strong advantage to BJP’s Koche Munda who is a prominent leader in Jharkhand.

In Sisai, however, which is considered the seat where BJP enjoys the maximum Adivasi support, the stalwart leader and speaker of the outgoing assembly Dinesh Oraon had to face an ignominious defeat at the hands of JMM’s Jiga Susaran Horo. The state, that way, lived up to its reputation of throwing up unpredictable outcomes.

The Babulal Marandi-led Jharkhand Vikas Morcha (Prajatantrik) too, which at one point looked poised to become a kingmaker and had, therefore, stopped negotiations with the larger opposition alliance finished a poor third. It had won 11 seats in 2014 but ended up with only three in these state polls.

Pandey said that while most other states have given a clear mandate in the last few years, Jharkhand kept bucking the trend, largely attributed to the state’s peculiar nature. Each of the five regions – Palamu-Latehar, North and South Chotanagpur, Santhal Parganas, and Singhbhum – has had different electoral priorities owing to its different demography and social structures dominated by different tribes.

However, this time around, the state’s overall support to the opposition alliance helped them cross the majority mark. “The presence of strong regional leaders in each region appears to have diffused the BJP’s campaign, centred around Hindutva and corporate nationalism,” said Pandey.

The BJP may have been wronged by its own arrogance but the opposition alliance has a lot of expectation to fulfil. Its promises dealt with radical reforms in the state. Given the simmering anger against the ruling classes in the state, it will be under a lot of pressure to come out clean on the fronts of governance and initiating welfare programmes. More importantly, Jharkhand is one of the poorest states in India. The human development indices are disquieting. Starvation deaths, malnourishment among children, illiteracy and unemployment rates are one of the highest in the world.

JMM chief Hemant Soren is likely to meet the governor soon to stake claim as the chief minister. However, this election result will matter only when the winning coalition helps the state out of its what now seems to be a permanent abyss.