While the government says Santoshi Kumari died of malaria, her family and activists say it was because she hadn't eaten for eight days. 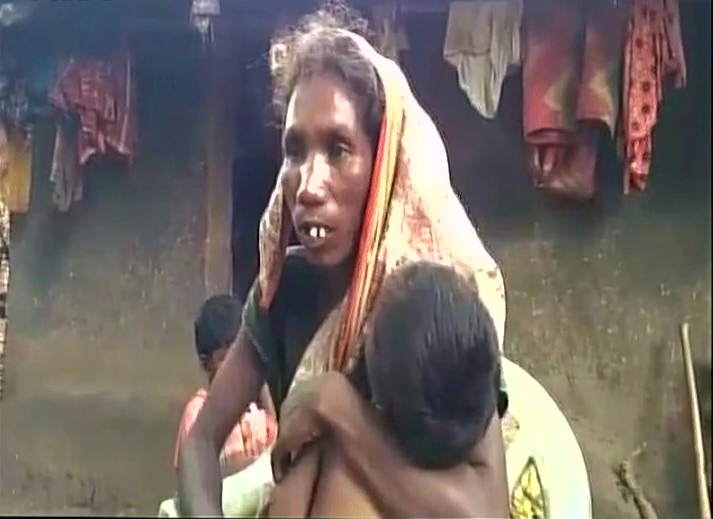 New Delhi: An 11-year-old girl in Jharkhand’s Simdega district died of starvation after her family’s ration card was cancelled for not being linked to their Aadhaar number, activists have alleged. Government authorities, however, are now claiming that Santoshi Kumari from Karimati village died of malaria and not hunger.

Kumari had not eaten for eight days before her death on September 28, according to a Scroll.in report; she was unable to avail of the mid-day meal she usually got in school due to Durga Puja holidays. Her father is mentally ill and unable to work, and while her mother Koyla Devi and 20-year-old sister try to get work cutting grass on others’ fields, they earn only Rs 80-90 per week. For months, neither the village nor surrounding areas have seen any MGNREGA work projects, Scroll.in says.

On the day of her death, Koyla Devi says Kumari asked for rice before she lost consciousness. “I went to get rice but I was told that no ration will be given to me. My daughter died saying ‘bhat, bhat‘,” ANI quoted her as saying.

The family is eligible for rations under the National Food Security Act. However, activists from the Right to Food Campaign and NREGA Watch, who went to Kumari’s village on a fact-finding mission, have said that the local ration dealer refused to grant the family the ration they were due for the last six months because their ration card was not linked to an Aadhaar card.

The dealer supplying rations to Kumari’s family also sells to 700 other households in and around Karimati. According to Scroll.in, ten of these families were removed from the public distribution list because their ration and Aadhaar cards were not linked. According to the fact-finding team, the block development officer in Simdega’s Jaldega block confirmed that Kumari’s family’s ration card was deleted because it was not linked to the Aadhaar. Activists from the area had raised the issue at a public meeting, and on September 1, an official complaint was sent to the district supply officer along with a copy of Koyla Devi’s Aadhaar card, asking that a new ration card be issued. However, no ration card was issued for the rest of the month – it finally arrived two weeks after Kumari’s death.

“This is a common problem we are seeing in Jharkhand – even when people have an Aadhaar card, the authorities are not able to link it with their ration cards because internet networks are often absent, their servers are down, the technical operator is absent or the portal just doesn’t work on some days of the month,” Dheeraj Kumar, an activist with the Right to Food Campaign who was a part of the fact-finding team, told Scroll.in.

In February this year, the Centre made it mandatory for families to link their Aadhaar and ration cards if they wish to use the public distribution system. Between August and October 2016, Jharkhand moved towards adopting a ‘paperless’ public distribution system, linked to individual Aadhaar numbers. Activists have said time and again that the Centre’s move and states’ implementation of it goes against the Supreme Court’s order saying that Aadhaar cannot be made mandatory for welfare schemes.

On September 7, the state government announced that its entire population has Aadhaar cards. However, of the 2.3 crore people in Jharkhand who are covered under the public distribution system, the government’s own records show that only 1.7 crore have linked their Aadhaar numbers, Kumar told Scroll.in. “The seeding rate in the state is quite low – at least 25% of the population has not been able to link their Aadhaar to their ration cards.”

Simdega deputy commissioner Manjunath Bhajantri, while accepting that the family’s ration card was cancelled, said that the death was due to malaria. “We constituted a probe team comprising the district supply officer, civil surgeon and project director, which discovered the girl was suffering from malaria and undergoing treatment under a local registered medical practitioner,” he told Times of India.

BJP IT cell head Amit Malviya also tweeted that it was malaria that led to the girl’s death.

11-year old girl in Jharkhand died because of malaria and not because her family was denied ration. DC’s report enclosed. Fact check anyone? pic.twitter.com/8WULhfnr4L