Both leaders had been openly critical of Nitish and his curious stand on the CAA. 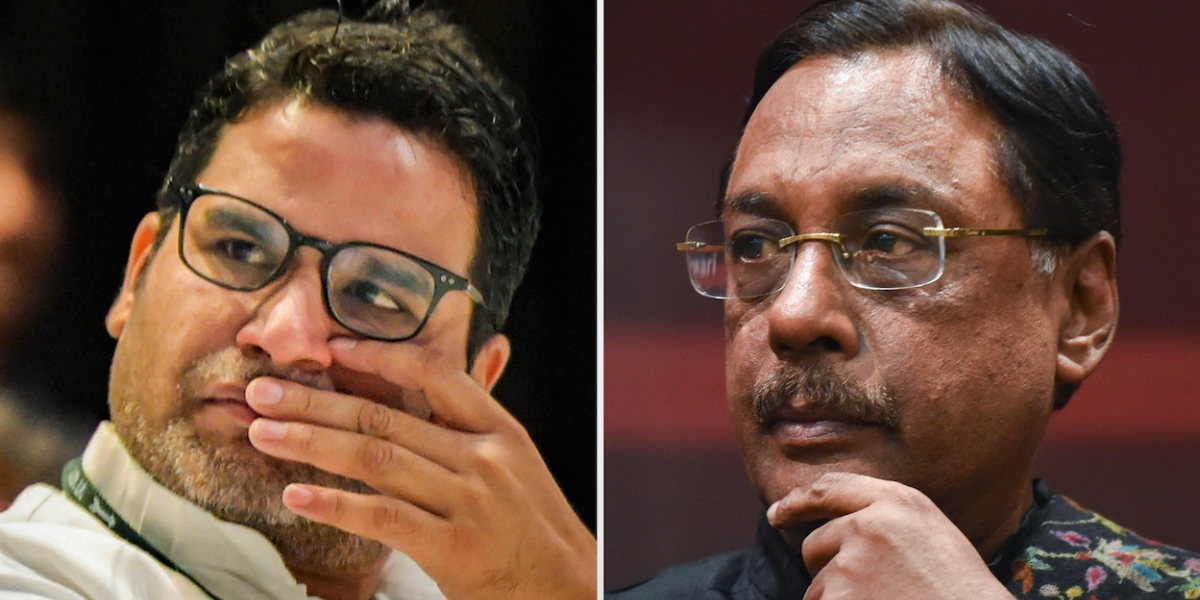 New Delhi: Days after Bihar chief minister Nitish Kumar said that party leaders who were opposed to his support for the controversial Citizenship Amendment Act were “free to leave,” top ranking leaders Pavan Varma and Prashant Kishore were expelled by the Janata Dal (United) on Wednesday.

Former diplomat Varma, who was JD(U)’s national general secretary, and election strategist Kishore, who held the position of party’s vice-president had been publicly questioning Kumar’s decision to lend support to the CAA, which they said multiple times was not just unconstitutional but also violated JD(U)’s secular doctrine.

The two leaders have also been joining ranks with protesters against CAA and the proposed NRC, much to JD(U)’s embarrassment.

In the expulsion letter, party’s chief general secretary K.C. Tyagi accused them of violating party discipline and its decision. He also said that both Varma and Kishore showed disloyalty towards the party chief, Nitish. 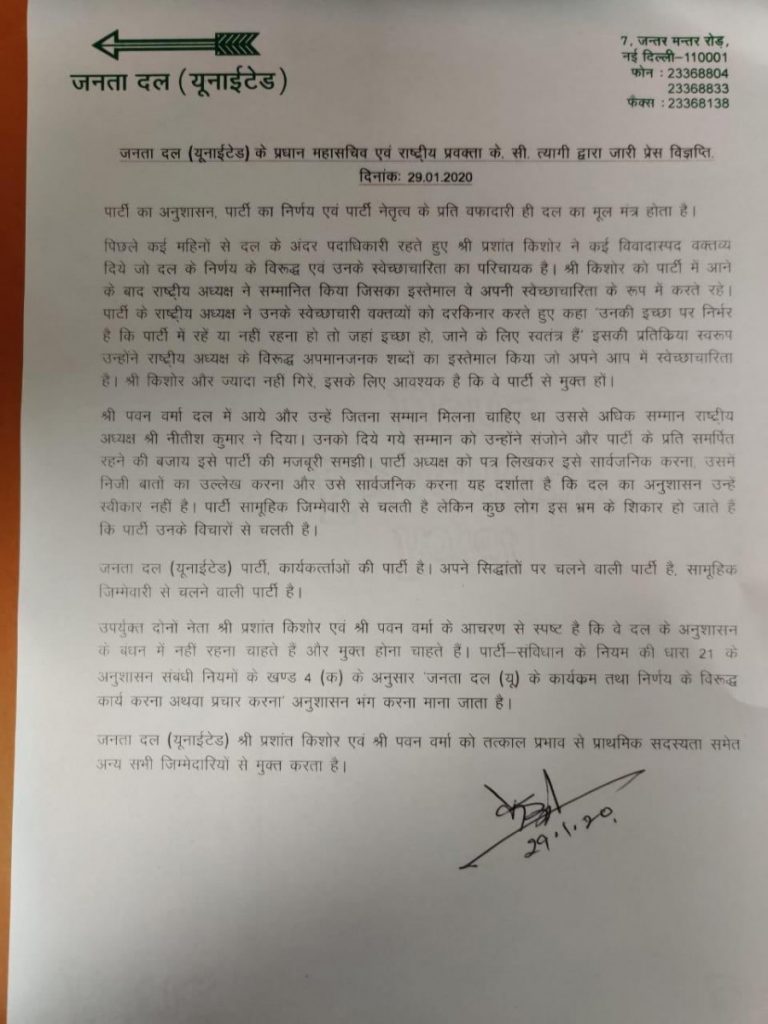 Tyagi also said that Kishore had been acting independently of the party for a long time – hinting at his role as an election strategist for many other opposition leaders like Arvind Kejriwal, Mamata Banerjee and Jagan Reddy – but said that Nitish had ignored it in his favour. Kishore is said to have played an important role in Nitish’s election victory in the 2014 Bihar assembly polls.

However, Tyagi said that when Kishore used “insulting remarks” to address the party chief on Tuesday, it became imperative that he be expelled from the party immediately to prevent him from “stooping to greater lows”.

Responding to Nitish’s statement that he could leave the party if he didn’t agree with the its stance on CAA and that he was only inducted into the party on Union home minister Amit Shah’s recommendation, Kishore had hit back by accusing him of lying.

.@NitishKumar what a fall for you to lie about how and why you made me join JDU!! Poor attempt on your part to try and make my colour same as yours!

And if you are telling the truth who would believe that you still have courage not to listen to someone recommended by @AmitShah?

A day later, he was expelled.

Varma, too, has been opposed to JD(U)’s support to CAA, and had written an open letter to Kumar to reconsider his position. Kumar had advised him to leave the party if he didn’t come around, following which Varma had expressed his dissent against the chief minister for reducing JD (U) to a one-man party.

Tyagi, while expelling him, said that Kumar had given more respect to Varma than he deserves. “Instead of respecting the honour he got from the party and submitting himself to it, he deluded himself into thinking that the party had no choice,” he wrote.

Tyagi further said that the open letter, which mentioned private discussions with the chief minister in it, only reflected Varma’s “indiscipline”.

Meanwhile, minutes after Kishore was expelled, he shot back at the chief minister with a tweet.

Thank you @NitishKumar. My best wishes to you to retain the chair of Chief Minister of Bihar. God bless you.🙏🏼

Varma, who had also alleged that Kumar was putting the party’s secular constitution at the sacrificial altar for his own chief ministerial ambitions, also wrote the following.

Thank you Nitish Kumar ji for freeing me from my increasingly untenable position of defending you and your policies. I wish you well in your ambition of being CM of Bihar at any cost.

Varma had earlier said that his position in the party had become untenable, and that he would have to think about his future course of action. However, his expulsion came before the resignation did.