The village, Jati Umra, houses a gurudwara on land donated by the Sharif family. 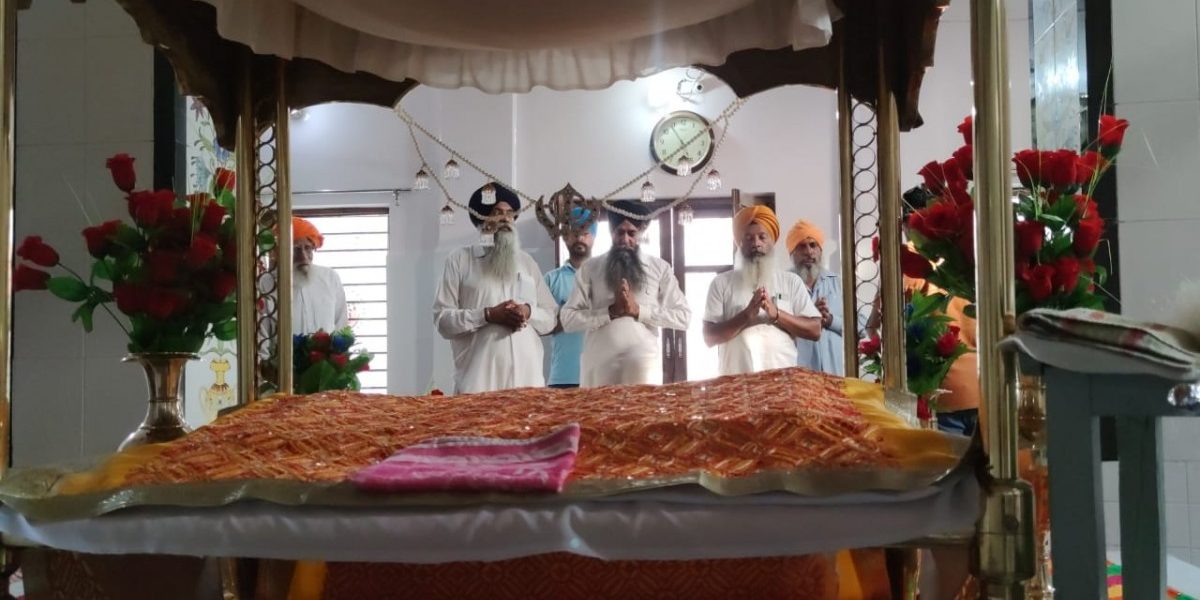 After Shehbaz Sharif's elevation, villagers held an ardas at the gurdwara built on land donated by the Sharif family. Photo: Kusum Arora

Jalandhar: On April 11, when Shehbaz Sharif was elected the new prime minister of Pakistan, a small village in India celebrated. Sweets were distributed and prayers held in the village gurudwara for his success and cordial India-Pakistan ties.

The occasion was special and so was the gathering, as it took place in the Sharif family’s ancestral village, Jati Umra, situated in Tarn Taran district near Amritsar. The Sharif family left Jati Umra for Lahore in 1932.

Shehbaz, the three-time chief minister of the Punjab province in Pakistan, is the younger brother of former Pakistani Prime Minister Nawaz Sharif. An old photo of Shehbaz Sharif, when he visited his ancestral village Jati Umra as CM of Punjab Province, Pakistan in December 2013. Photo: Kusum Arora

In his ancestral village, elated locals had just one wish: that Shehbaz visit Jati Umra soon. “It was in 2013 that Shehbaz Sharif had visited us along with his family. He is the son of our village. And it’s not just us; even Shehbaz takes pride in being a son of Jati Umra,” a villager said.

Talking to The Wire, former sarpanch of Jati Umra Dilbagh Singh said that the villagers’ emotional ties with Shehbaz were not just confined to his political rise – they are rooted in the warm relationship he has maintained with them.

“Shehbaz Sharif owns a steel, industrial manufacturing and contracting group in Doha, Qatar. He has given jobs to many youths from our village in his company in Qatar. He eased the process of getting visas and jobs for them in his company. Before the India-Pakistan partition took place, our village people used to work in the steel factory of the Sharif family in what was then united Punjab,” he said. 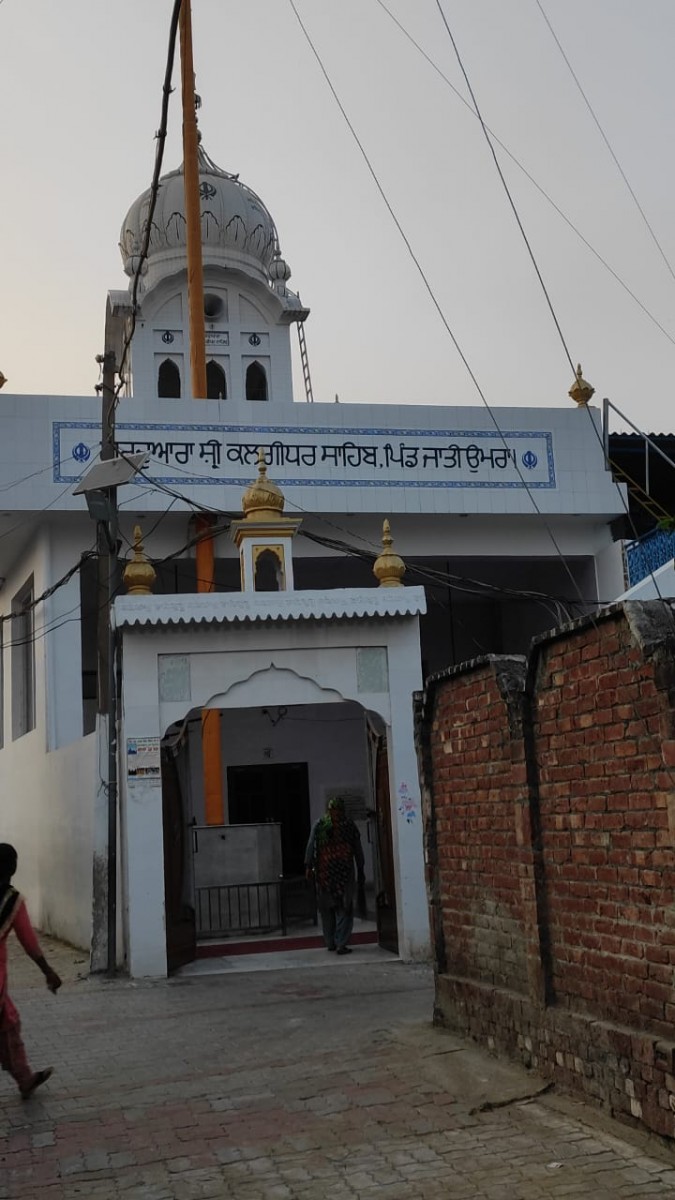 Talking about the celebrations after Shehbaz’s elevation, Dilbagh said, “We distributed laddoos in the village and held ardas (prayers) in the same village gurudwara for which the Sharif family had donated their ancestral house. The village elders had gathered in large numbers and the mood in the village was like that of a wedding.”

The Sharif family had donated their ancestral house in the village for the construction of the Gurudwara Sri Kalgidhar Sahib, Jati Umra during a visit about 26 years ago.

The former sarpanch said that the grave of Shehbaz’s great-grandfather, Mian Muhammad Baksh, is also situated in Jati Umra village, and is taken care by the villagers. “I was the village sarpanch when Shehbaz Sharif visited Jati Umra along with his wife, son and daughter-in-law, and daughter and son-in-law in December 2013. The then Punjab chief minister, Parkash Singh Badal, and deputy chief minister, Sukhbir Singh Badal, had held elaborate functions in his honour. It was during his visit that our village received a grant of Rs 2.52 crore, after which many development works were completed,” he added.

He also talked about how villagers gifted a kaintha, a traditional Punjabi necklace worn by men, to Shehbaz and a ring to his wife. “After all, it was the homecoming of our village’s son and everybody decided to honour his family with customary gifts. People might have been separated by the border but they are united by hearts and will continue to share roots for generations,” he said.

Dilbagh also said that many people from their village had visited Shehbaz’s house in Lahore, Pakistan. “But ever since India-Pakistan relations soured, nobody visited the Sharif family. In fact whenever villagers visit him, he keeps telling them to bring at least 100 people from Jati Umra, so that everybody comes to know that his brothers have come from India,” he said with a sense of pride. 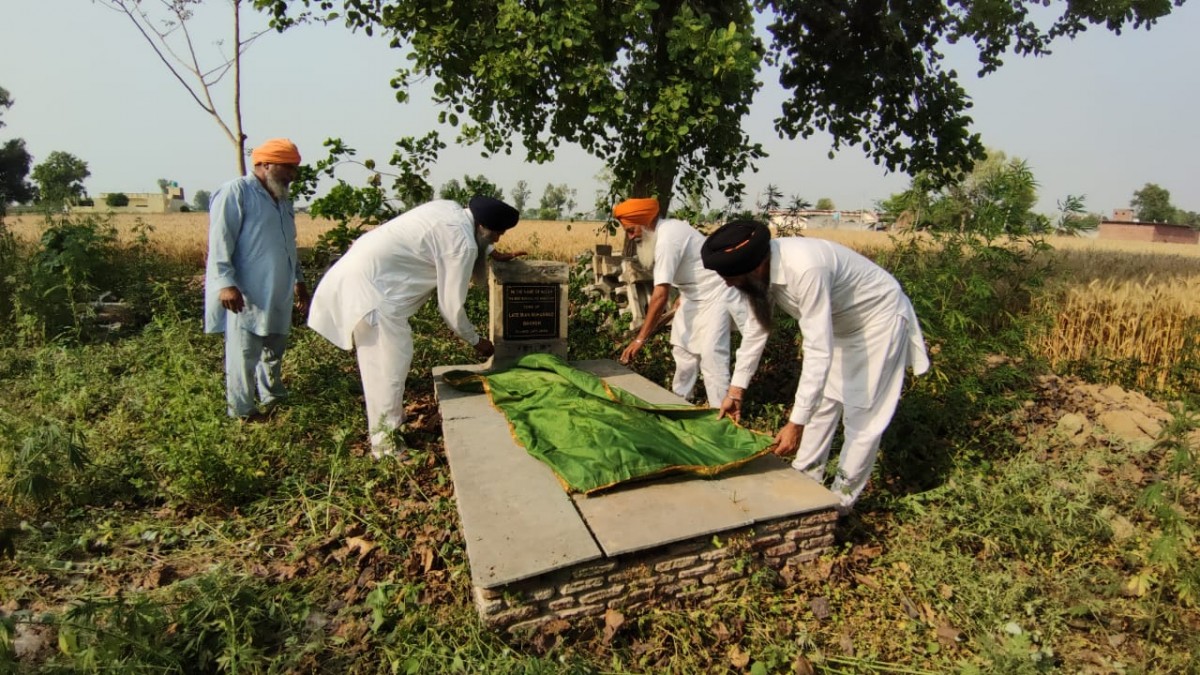 Another villager, Balwinder Singh, a retired superintendent in the Punjab State Electricity Board, also said, “Earlier, Shehbaz visited his ancestral village as chief minister of the Punjab Province and now he should visit us as prime minister of Pakistan. We want to extend an invitation to Shehbaz Sharif and his family to visit Jati Umra as soon as possible.”

Balwinder, who has been to Shehbaz’s house in Lahore, Pakistan said, “The moment he got to know that people from his village would be coming to his house, he arranged security, cars, tour guides and treated us like kings. It was a heart-warming moment, one that fills your heart with love and pride.”

Even in Lahore, Pakistan-based journalist Shiraaz Hasan from Urdunews.com told The Wire, the Sharif family has named their residence ‘Jati Umra’. “The residents of Jati Umra village will soon have another reason to cheer, as Shehbaz’s son Hamza Shehbaz is expected to become the next chief minister of the Punjab province in Pakistan.”

Whenever Shehbaz visited his village, he used to stay at the house of former sarpanch Arjan Singh, who was the son of his great grandfather’s friend. Two other villagers, Gian Singh and Massa Singh, were also the close friends of his great-grandfather Mian Muhhamad Baksh.

The village elders made a special mention of how Shehbaz spoke about the importance of cordial ties between India and Pakistan. “We want peace and brotherhood between the two countries, which have shared roots, history and culture. Cross border trade via Attari-Wagah, which nearly came to a halt, should resume, so that both the countries can prosper. Earlier, we used to get cement from Pakistan at cheaper rates but that too was halted. We hope Indo-Pak trade gets a boost under Shehbaz ’s tenure,” said Dilbagh.