J&K: What the Six Party Joint Declaration for Restoration of Special Status Means

The parties have signed a joint declaration that says their politics will remain “subservient” to the goal of getting back the constitutional provisions that were revoked on August 5 last year. 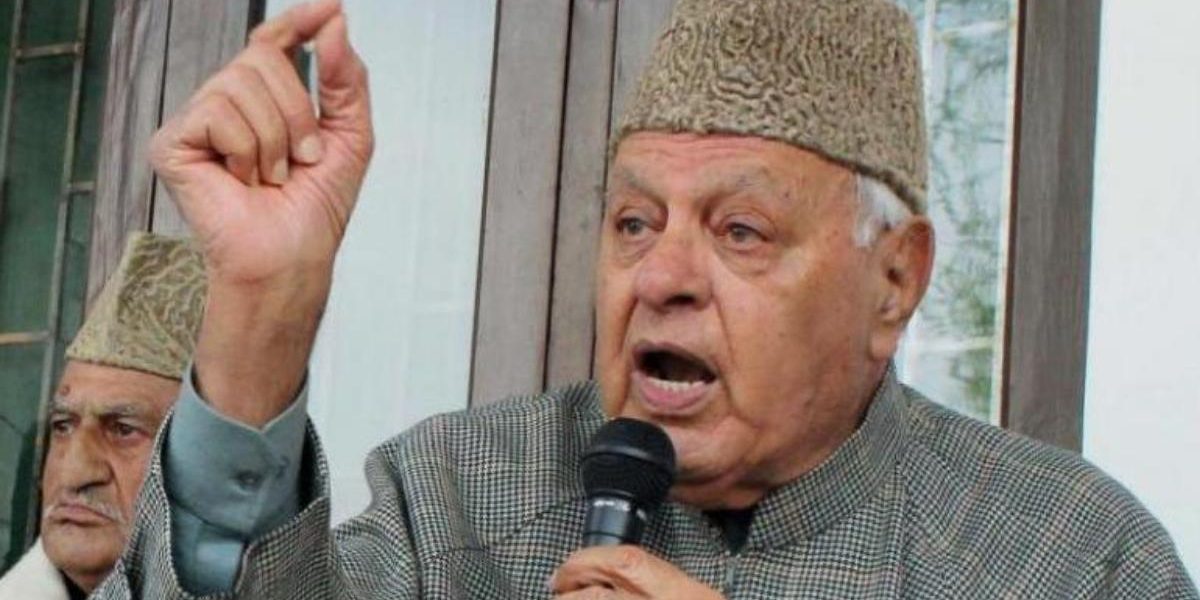 Srinagar: The Centre could be in for its first major political challenge in Jammu and Kashmir (J&K) since its relegation to the status of a Union Territory, with the mainstream political parties in the region gearing up to demand the restoration of special status.

At least six parties have put up a united front to fight for the restoration of Article 370, while pledging that their politics will remain “subservient” to the goal of getting back the constitutional provisions that were revoked on August 5 last year.

“The issue is much bigger than individuals and parties,” said Peoples Democratic Party spokesperson Waheed Ur Rehman Parra. “We are in the middle of a huge crisis, our future is at stake. There is a sense of statelessness, fear, absence of democracy and as the uncertainty deepens, everybody has realised it is better to talk to each other rather than talking about each other, to try and reclaim the rights which were guaranteed to us under the constitution,” Parra said.

In a joint resolution, the six parties – National Conference, Peoples Democratic Party, Congress, Peoples Conference, CPI(M) and Awami National Conference – resolved to carry forward the ‘Gupkar Declaration‘ which was signed by them on August 4 last year to jointly oppose any move to scrap J&K’s special status. All mainstream political parties, with the exception of the BJP, passed this resolution at the residence of Farooq Abdullah the day before the Centre revoked J&K’s special status.

The move comes at a time when the Centre has shown willingness to engage with the political parties to shape what the BJP has described as “Naya Kashmir.”

“The signatories to the Gupkar Declaration barely managed to establish a basic level of communication with each other in the face of a series of prohibitive and punitive curbs imposed by the government, aimed at impeding all social and political interactions,” said the joint statement. “The limited confabulations held within the constraints imposed have resulted in this unanimous resolution.”

“We unanimously reiterate that there can be nothing about us without us,” it reads.

Describing the August 5 decisions as “spitefully shortsighted and unconstitutional”, the political parties said the events have unrecognisably changed the relationship between J&K and New Delhi.

“The measures attempt to redefine who we are. These changes were accompanied by repressive measures meant to silence people and coerce them into submission, and continue unabated,” it said. “These are testing times and times of pain for peace-loving people of J&K. We all reiterate our commitment to collectively fight to restore the special status of J&K as guaranteed under the constitution and the commitments made from time to time.”

The resolution goes on to say that the political parties want to assure the people of J&K that all their political activities will be subservient to the “sacred goal of reverting to the status of J&K as it existed on August 4, 2019.”

The political parties also reiterated that they were bound by the Gupkar Declaration and will “unwaveringly” adhere to it.

In the Declaration, the parties had resolved they would stand “united and defend identity, autonomy and the special status of the JK against all attacks and onslaughts whatsoever” while describing “any modification, abrogation of Articles 370 and 35A unconstitutional, and process of delimitation or trifurcation of the state aggression against the people of Jammu, Kashmir and Ladakh.”

Political analysts believe that the mainstream parties in Kashmir were left with little choice but to “stand up to New Delhi’s aggression.”

“We don’t know what will be the outcome of this joint front, but this is the least they should be doing, else their politics will completely become irrelevant,” said political analyst Noor M. Baba.

After the BJP came to power at the Centre in 2014, the Valley-based political parties centred their politics on the protection of J&K’s special status. Its revocation pushed them to the periphery.

For long, Baba said, the politics of mainstream parties in Kashmir revolved around “some degree of autonomy and empowerment” of J&K. Be it the National Conference’s ‘Autonomy document’ or PDP’s ‘Self Rule’, these parties have always rallied behind the idea of autonomy, he said.

“Their silence will be seen as a complete surrender before an aggressive BJP government and this is what New Delhi wants to make them irrelevant,” said Baba.

How far are these parties willing to go to stand by the resolution? PDP spokesperson Parra said the parties have nothing to lose. “Today, Kashmiris don’t have a say on anything related to their future. There is no space for politics. This (the joint resolution) is the first step towards the larger goal. We are hopeful that self-interests will not prevail over the larger issue to take J&K out of this problem,” he said.

What about the BJP’s plans?

The BJP has been the only party active in J&K post-August 5 last year. Using its power at the Centre, it has been trying to set up a new mainstream camp in the Valley, led by the newly launched Apni Party. The government of India has also been attempting to project sarpanchs and panchs as the new political faces in Kashmir.

The joint statement, however, throws up a new challenge to the Centre’s plans for Kashmir.

In his Independence Day speech, Prime Minister Narendra Modi spoke about holding elections in J&K after the delimitation process, which is likely to be completed in the next year.

“The resolution is an attempt by these parties to set a new political discourse in the Valley. It may be too early to predict its outcome, but they have drawn a redline. Any party crossing it will be seen as siding with Delhi and that is where the government of India faces the challenge,” said Ashiq Hussain, another political analyst.

On its part, the BJP has dismissed the demand for restoration of J&K’s special status, reiterating that the August 5, 2019 decisions “can’t be reversed”.

“Restoration of Article 370 and Article 35A is next to impossible. These Articles only resulted in a wall of hatred and poor growth and development of J&K,” said J&K BJP president Ravinder Raina.

The party spokesperson Darakshan Andari described the new grouping as “a conglomerate of the mafia”, accusing the parties of “trying to re-open their closed business”.

Hussain, however, said the Centre is already struggling to stabilise the political scenario in Kashmir, even one year after abolishing its special status.

“The stand taken by these parties can make things tougher for the Centre. But only time will tell how far these political parties are ready to go to counter Delhi’s new political order for Kashmir,” said Hussain.