Regional parties termed the commission as a “frontal organisation of the BJP” whose “sole objective” was to “disempower” the people of Kashmir. A voter in a polling booth in Kupwara district in North Kashmir on April 11, 2019. Photo: PTI/S. Irfan

Srinagar: The Delimitation Commission is proposing to effect significant changes to the electoral boundaries of Jammu and Kashmir by creating a trans-Pir Panjal Lok Sabha constituency while redrawing the existing assembly constituencies.

The panel’s second draft report has drawn sharp reactions from the regional mainstream parties, which termed the commission as a “frontal organisation of the BJP” whose “sole objective” was to “disempower” the people of Kashmir. The first draft was submitted in December 2021.

“The draft doesn’t make any sense. It gives the impression of a political exercise. It doesn’t take notice of the valid points raised in response to the initial draft. In the present circumstances, our party summarily rejects it,” Hasnain Masoodi, Lok Sabha MP from Anantnag and an associate member of the panel, told The Wire.

After Article 370 was diluted and Ladakh became a separate Union Territory (UT), Jammu and Kashmir’s Lok Sabha seats were reduced from six to five – two in Jammu and three in Kashmir.

The panel has recommended carving out six new assembly seats in the Jammu region with one seat each in Doda, Kathua, Udhampur, Rajouri, Samba and Kishtwar districts, which will take the total number of seats in Jammu divisions to 43. While a new assembly seat named Shri Mata Vaishno Devi has been created in Reasi district, Jammu region’s Udhampur and Kathua Main assembly segments have been split into four seats while Kalakote, Suchetgarh and Raipur Domana assembly segments have been removed in the new electoral cartography. The Inderwal assembly constituency has been renamed Mughal Maidaan.

In the Kashmir region, the three proposed Lok Sabha seats of Anantnag, Srinagar and Baramulla will also comprise 18 assembly segments – each with respective populations of 26.20 lakh, 26.66 lakh and 25.86 lakh, according to the draft report shared with the associate members. The population ratio is significantly higher in Kashmir than in the Jammu region.

Also Read: Why J&K’s Proposed Delimitation Is Being Viewed as Unfair to Kashmir

While the new electoral cartography, if approved, will lead to a decline in the size of Jammu and Udhampur Lok Sabha constituencies by 6.01% and 14.46% respectively in terms of population, it adds 6.81%, 9.13% and 5.42% population to the existing numbers of Anantnag, Srinagar and Baramulla seats respectively.

According to the Delimitation Act 2002, the exercise of redrawing the electoral constituencies has to factor in population and other indicators such as public convenience, administrative boundaries and geography.

“All constituencies shall, as far as practicable, be geographically compact areas, and in delimiting them regard shall be paid to physical features, existing boundaries of administrative units, facilities of communication and public convenience,” the Act states.

Interestingly, the new assembly segments drawn by the panel in Kashmir will have a mean population of 1.46 lakh against only 1.25 lakh in Jammu province. The new Anantnag Lok Sabha constituency also defies the logic of the delimitation since its assembly segments fall on both sides of the mighty Pir Panjal mountains which separate Kashmir from the Pir Panjal and Chenab regions of Jammu.

“It has been done to achieve parity in Lok Sabha representation with both Jammu and Kashmir divisions getting two-and-half seats each,” an official said, wishing to remain anonymous.

The panel has also proposed to redraw the existing boundaries in Baramulla, Kupwara, Srinagar, Kulgam and Anantnag districts of the Kashmir division. Some existing assembly constituencies like Habba Kadal in Srinagar, Hom Shalibugh and Kokernag in south Kashmir and Sangrama and Gulmarg in north Kashmir, will cease to exist once the draft is approved.

The panel has proposed new assembly seats such as Chanapora in Srinagar and Kunzer and Tangmarg in north Kashmir. Only one new seat has been proposed for the Kashmir division which will be carved out in north Kashmir’s Kupwara district, taking the tally of assembly segments in Kashmir to 47.

Seven seats will be reserved for Scheduled Castes include Marh, Bishnah, RS Pura, Akhnoor, Ramgarh, Kathua South and Ramnagar (Udhampur). The RS Pura seat is the only one that is already reserved for SC candidates. The other six seats that are presently reserved for SCs – Chhamb, Domana, Samba, Hiranagar, Chenani and – have all been omitted.

The draft has also proposed reserving nine seats for Scheduled Tribes – Darhal, Thanna Mandi, Surankote, Mendhar, Poonch Haveli and Mahore in the Jammu division and Larnoo, Gurez and Kangan in the Kashmir division.

The delimitation panel shared the second draft with its five associate members on February 4. They will now have to file their remarks by February 14, following which the draft will be put in the public domain.

The remarks submitted in reaction to the first draft report by three associate members of the panel from Kashmir, including National Conference (NC) president and Lok Sabha MP from Srinagar, Farooq Abdullah, have been ignored in the second draft, NC MP Masoodi said. 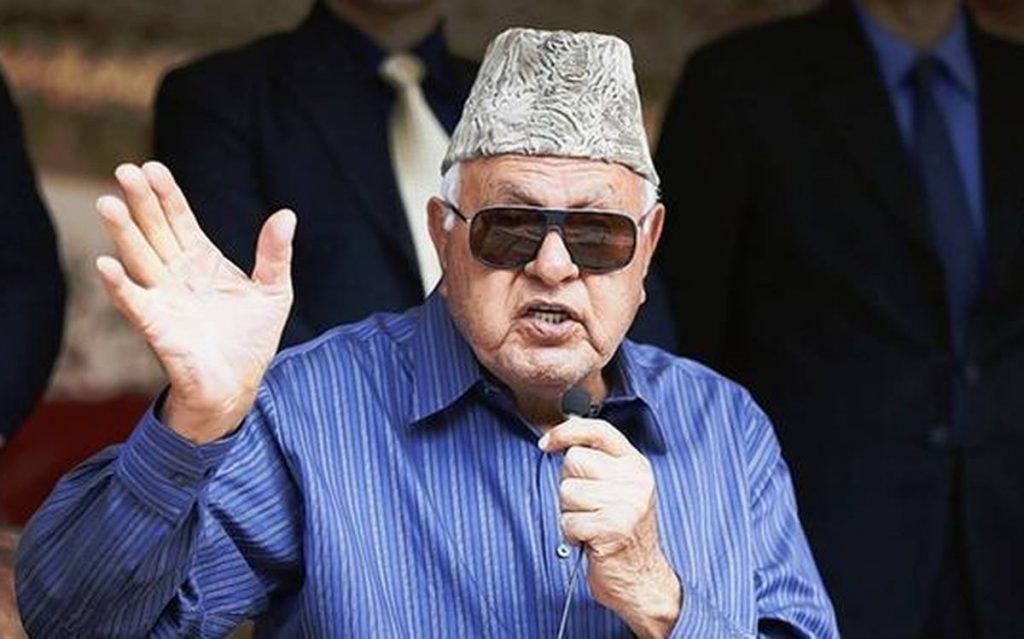 Then there will be another round of meetings with the public in both regions of the UT, who will be asked to give their feedback about the new electoral arrangement which will be followed by the final meeting of the panel with the associate members — Jitendra Singh and Jugal Kishore of the BJP and Farooq, Hasnain and Akbar Lone of the NC. Subsequently, the final report will be prepared and President Ram Nath Kovind will issue a notice for operationalising the new electoral cartography.

Meanwhile, the draft report evoked a sharp reaction from the mainstream parties in Kashmir. Farooq said, “There is no political, administrative and social logic that justifies these recommendations.”

“We were told that the exercise will make assembly seats contiguous with the district. But the draft report is showing a different picture altogether. The Anantnag Lok Sabha seat in South Kashmir will have six assembly seats from Rajouri and Poonch, which are part of the Jammu division and located across the Pir Panjal range. How will this provide better administration?” he said, according to a PTI report.

The Peoples Democratic Party said the panel has “proved itself to be as a frontal organisation of ruling Bhartiya Janta Party.”

“From the media reports regarding the interim recommendations of the commission, it was clear that the sole objective of the body was to ensure backdoor entry of BJP and its shadow organisations to the Legislative Assembly of Jammu and Kashmir,” an official spokesman of the party said.

The Altaf Bukhari-led J&K Apni Party, an ally of the BJP, said the proposals of the delimitation panel are unfair and unscientific. “J-K Apni Party once again rejects the draft working papers,” it said in a statement.

However, BJP leader and Union minister in the Prime Minister’s Office, Jitendra Singh, one of the five associate members of the panel, said that “responsible leaders should not interfere in the functioning of the constitutional body”.

“As far as we in the BJP are concerned, we trust the legitimacy and integrity of the delimitation commission, which has been constituted by the Election Commission of India, a constitutional body. They follow certain norms and parameters, which are very well laid down. There can’t be any deviation,” he said.