Thirty-four channels, including culinary and sports channels, have been banned for their potential to “encourage violence” and “disturb the law and order” in the state. 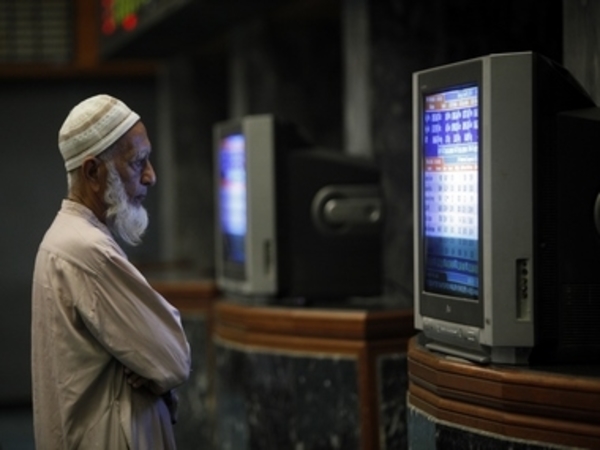 Srinagar: Close on the heels of the recent but now lifted month-long social media ban in Kashmir, the Jammu and Kashmir government in May also banned at least 34 allegedly unauthorised TV channels, including some religious and entertainment channels from Pakistan, Saudi Arabia and Iraq, for their “potential to encourage violence and disturb the law and order situation in Kashmir”.

In a letter directing deputy commissioners to act against their transmission, the state home ministry argued that the channels have the “potential to encourage violence and can disturb law and order situation in Kashmir, and are not permitted for transmission”.

The letter goes on to add that “as per section 11 of the Cable Television Network Act, the DC has the power to seize equipment in case of a violation”.

When asked about the reasons for the ban, Kashmir’s former inspector general of police Syed Javaid Mujtaba Gilani, who is current director of the state vigilance organisation, said that some of the religious channels were banned as there were reports that they promoted radicalism.

“After banning social networking sites, we decided to ban Pakistan based religious channels after reports that they promote radicalisation under the garb of religion,” Gilani said.

“The decision has been taken at the highest level after considering lot of inputs and intelligence,” said PDP general secretary Nizamuddin Bhat. When asked why religious channels were banned, he said: “We should not link Islam with the banning of these channels. These Pakistani channels aren’t solely propagating the medium of Islam. Even Doordarshan has been propagating it for years now.”

But then why ban food channels?

“The decision has been taken at the highest level after considering lot of things. There must be certain valid reasons,” Bhat said.

Terming the blocking of these channels as cultural aggression, Hurriyat leader Mirwaiz Umer Farooq, in a conversation with mediapersons soon after the ban was imposed, said the move is “part of a psychological operation by the Indian government”.

“Kashmir has religious and cultural links with Pakistan and it is unethical to ban all Pakistan TV channels,” he said

According to the description on its website, ARY Zauq, a Pakistani cooking channel that has also been banned, “develops your cooking skills in a way that makes it easier and fun to cook local and international cuisines, while also teaching you to present it in the most beautiful way.” The channel, as per its website, airs “expert cooking shows from 11 am to 7 pm and showcases entertainment programs from 7 pm to 12 pm holding its viewers complete attention daily.”

Pakistan’s HUM TV, another channel that is on the ban list, airs only popular drama serials. According to its website, its dramas have “innovatively changed the Pakistani drama industry while maintaining its elegance, the cultural and traditional values of Pakistan.”

Al-Sunnah Al-Nabawiyah, a religious channel from Saudi Arabia, broadcasts live transmissions from Medina for viewers to hear live recitations of the Quran.

None of these channels even remotely cover politics, leave alone “encouraging violence” or “disturb(ing) law and order,” as the state authorities have alleged.

The directive to ban these channels came two days after Union minister of information and broadcasting M. Venkaiah Naidu spoke with the J&K chief secretary seeking a report of the action taken on the matter. The Central government had earlier asked the state government to take immediate steps to stop the unauthorised broadcast of some channels aired from Pakistan and Saudi Arabia.

Political analysts say such knee-jerk reactions from the central and state authorities are far removed from the ground realities. Many people in Kashmir believe that stopping the transmission of purely religious channels is tantamount to hurting the religious sentiments of the majority of Muslims in the Valley. Many of these banned religious channels are keenly watched by people, especially elders, during Ramzan.

“Some of these banned channels air programs about Mecca and Medina, the two holy places of Muslims that telecast only prayers,” says Zahid G Muhammad, political analyst and a regular columnist in the leading Kashmir daily Greater Kashmir. “People just draw spiritual solace out of these channels. It makes no sense to ban them as they have nothing to do with the Kashmir situation.”

He says most of the young viewers in Kashmir are also unaware of many of these channels and rarely find time to watch them. “It is mostly the elder generation and those who have performed the Hajj pilgrimage who watch prayers telecast on these channels which helps them in reviving memories of their spiritual journey,” he says.

Zahid said the banned Pakistani news channels are not even popular in Kashmir as they generally do not cover the Kashmir situation in detail. “Some Pakistani journalists for their anti-Kashmir stance are even disliked by people in Kashmir,” he said.

Zahid believes the ban is a cosmetic measure that has been tried in the past as well, without much impact on the ground. For instance, he said, as early as the 1950s, even radio sets were seized in Kashmir if found tuned into ‘Azad Kashmir Radio’. In 1990, he said, when satellite channels showed up in the country, the government of India banned only Pakistan Television in Kashmir.

“It meant nothing for the people here,” he says. “And the ban did not even then change the political situation on ground.”

Many people see the ban, especially on religious channels, as an attempt to directly interfere in religious matters. “How can, for example, the recitation of the Quran, propagation of Hadith and lectures (bayaan) of Ulama, which are faith-centric and focus on socio-moral issues, instigate violence?” asks Tauseef Ahmad, an Islamic Studies researcher and teacher. “How can the government declare that these channels are responsible for creating a law and order problem?”

Umar Sultan, who heads Islami Jamiat-e-Talàba J&K, the oldest state-wide students’ organisation, says the PDP-BJP government assertion that the 34 TV channels were blocked because they were “inciting violence” is simply not true.

“There is no evidence that any of these news, entertainment or Islamic channels were found inciting or even glorifying violence in Kashmir,” argued Sultan, adding that if there was any such specific incident, it should have been cited as evidence. “Is it possible that all 34 TV channels would telecast anything that would disrupt public harmony and peace?” he asked, adding that some of these TV channels would broadcast “simple monotonous religious content without touching on any political discourse.”

The timing of the ban has also raised many eyebrows since it was enforced just a few weeks before the start of Ramzan. The decision of the government to take off channels that impart Islamic teachings to common Muslims in Kashmir “shows their intent and mindset very clearly,” Sultan alleged.

For instance, he said, the banned channels like Paigam TV, Hidayat, Noor TV, Hadi TV, Madani Channel, Al-Quran Karim TV and Ahli-Bait TV, broadcast from different parts of the world, air purely religious content. “If New Delhi had issues with the news channels broadcast from Pakistan, what was the issue with other channels?” he asks.

By blocking even the TV channels aired from Iran and Saudi Arabia, he said, New Delhi has “unwittingly invoked international attention towards the violence in Kashmir”.

He said New Delhi used to earlier blame only Pakistan, but now with this ban, “major powers in the Muslim world too have been accused of inciting violence in Kashmir”.

Local cable operators in Kashmir, while criticising the government’s ban, said the ban will result in the loss of livelihood for about 2,000 people associated with the industry in Valley. “I don’t find any logic behind banning these channels,” a member of the Kashmir Cable Operators Association told a local newspaper.

“What have entertainment and sports channels to do with radicalisation and inciting violence?”

“It was strange to hear so many mainstream politicians including from PDP and Indian civil society activists complain about Indian media channels when they have imposed ban on 34 religious channels,” independent MLA Engineer Rashid told a local daily Rising Kashmir.

Meanwhile, local residents, especially elders who tune into the religious channels, feel disconnected and deprived of spiritual connect they had from watching various religious programs of their choice on the banned channels. “My mother and others like her feel connected to their faith through these channels which telecast live five times prayers from Mecca and Medina and also provide full coverage of Hajj,” a local resident said on Facebook, expressing his outrage over the ban. He said the ban stemmed from ‘Islamophobia and Kashmirophobia’.

He also had a question: “Just want to know why a religious channel from Saudi Arabia is banned and how it has potential to incite violence and create law and order situation in Kashmir when it is telecast in the rest of India?”