The administration wants access to funds and political parties are trying to further their own rhetoric. In all of this, the aim of local governance is ignored, if not actively diluted. 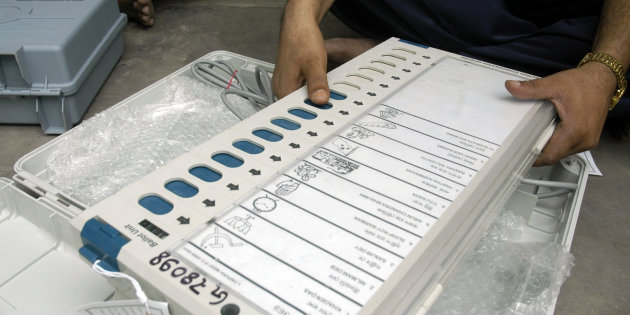 The political leadership in J&K has used the panchayati raj for seeking political benefits and sending political messages at the cost of local governance. Representative Image. Credit: Reuters

Preparations are on to conduct panchayat polls in Jammu and Kashmir. Former J&K governor N.N. Vohra, who vacated office last month, had been strongly pushing for these panchayati elections. The main reason why the state administration is anxious to have the panchayati system in place is to stop the loss of funds due to the lack of local institutions – a problem the state is facing right now.

The 14th Finance Commission has awarded a fixed amount of Rs 2,00,292.2 crore to panchayats across India for 2015-2020, which is more than three times the grant of the 13th Finance Commission. As per the guidelines for release and use of the grants, the disbursal of funds cannot be recommended for states that have not enacted laws for establishing duly elected panchayats and municipalities.

Also read: In Kashmir, Abductions and Intelligence Warfare Cause a Major Churning Within the Police

In J&K’s case, the focus is on ‘duly elected’ panchayats, as there is already in place the J&K Panchayati Raj Act of 1989 on which the panchayati system is based in the state. The 73rd Constitutional Amendment Act is not applicable to the state, and the tenure of the halqa panchayats elected in 2011 was completed in 2016. Since elections have not been held in the past two years, the state has faced financial loss both in the form of basic grants and performance grants.

In the financial year 2015-2016, when the panchayat halqas were in place, the state availed the basic grant of Rs 367.72 crore for its panchayats. In 2016-17 and 2017-18, though, no basic grant was made available to the state, as there were no halqa panchayats in place. This is true of the current financial year as well. The performance grant of Rs 66.79 was released to the state in 2016-2017 on account of the preceding year’s activities. Since there have been no panchayats post June 2016, there is no question of availing the performance grants. It is clear that the state with already scarce financial resources has lost out on a funding opportunity, and that has affected development work at the local level. This explains the urge for conducting the panchayat elections, especially on the part of the top administration which comprehends this aspect better in an apolitical way.

The financial angle, though, is only one part of the story. Neither the political leadership nor the administration is interested in power sharing with grassroots institutions. The administration is in favour of elections so as to avail the funds. The middle- and lower-level administration considers the elected sarpanchs and panchs as roadblocks in effective implementation of development programmes. They hate sharing power with elected local representatives. In fact, when elections were held for halqa panchayats in 2001 and 2011, there were no serious efforts to elect and constitute block development councils and district planning and development boards, the two other tiers of the three-tier panchayati system in the state. The officials continue to exercise powers at those levels. Since there is administrative control over panchayats, the panchayati system in the state has never been complete but has only remained an eyewash.

Historically, the political leadership in J&K has used panchayati raj for seeking political benefits and sending political messages at the cost of local governance. The J&K Village Panchayat Regulation Act of 1935, which introduced the panchayati raj in the state, was aimed more at countering growing popularity of the Muslim Conference (now National Conference) at the local level than at development. That aspect is clearly reflected in the main features of the Act. Such politicisation of local governance continues till date. The People’s Democratic Party and the National Conference have decided to boycott the upcoming elections on issues related to Article 35A. The concerns related to Article 35A are genuine and serious, but these political parties are using the panchayati elections for their own political purposes.

People in the state, especially in the Kashmir Valley, understand the difference between daily governance and political issues. The high voter turnout of more than 70% in the 2011 panchayat elections was in favour of local governance rather than any political issue. But some sections of the media and national political leadership claimed that people have rejected the separatist policies and that there is no political issue in the Kashmir Valley. This was as far from the reality then as it is now. Such claims undermined the future of local governance in the state. It also led to attacks on panchs and sarpanchs, and a wave of resignations. The 2011 panchayat elections were held after a difficult and violent summer of 2010, and when people voted in 2011, they were not voting on any political issue.

Local governance and politics need to be separated in a state like Jammu & Kashmir. Political interpretations of local level elections may benefit the rhetoric of some political parties, but it has serious implications in terms of financial loss and law and order issues. Since this has been done in the past, the upcoming elections may likely blur the difference between governance and political issues. It won’t, therefore, be surprising to see less popular participation in the local elections.