Lessons for Narendra Modi from the History of Jammu and Kashmir

Extracts from Radha Kumar's Paradise at War, published this month, reveal the past wisdom of Vajypaee and Manmohan Singh. 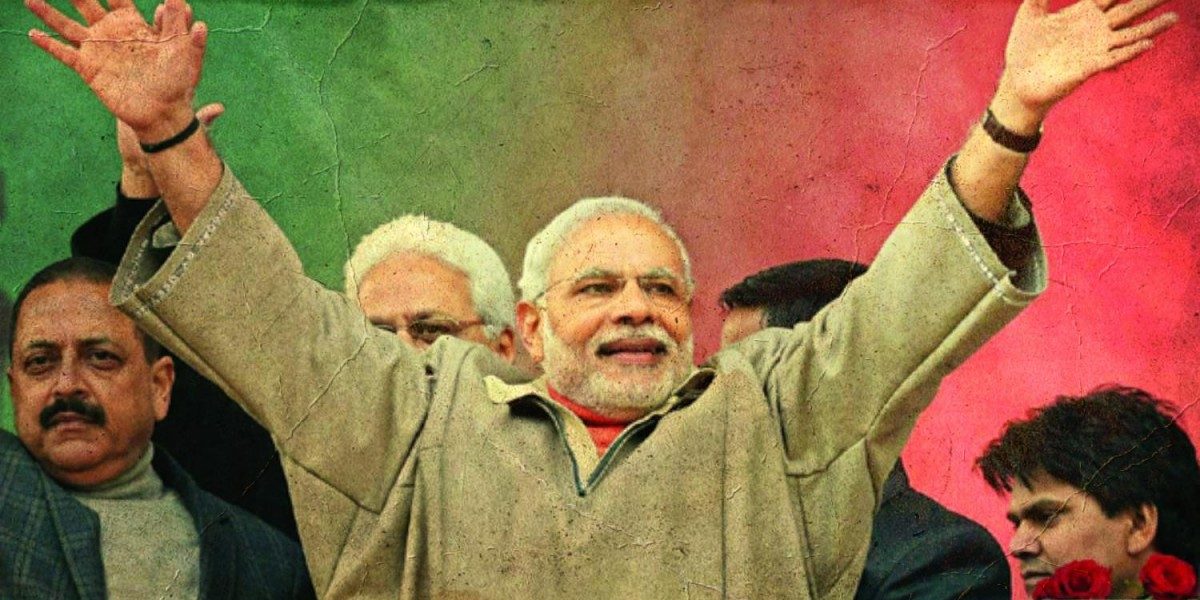 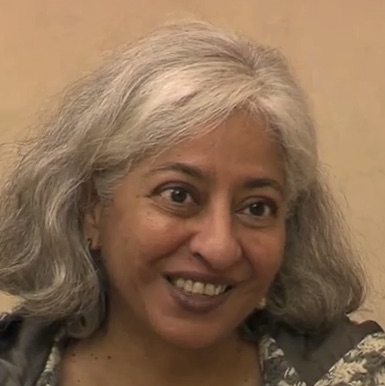 The past fifteen years threw up four. First, from Vajpayee, we learned that empathy and symbolism are key to a breakthrough in Kashmir. Despite Vajpayee’s failure to achieve a settlement of the conflict, he remained the most respected Indian prime minister in Kashmir, because he spoke to its people’s sentiments…(H)e silenced his critics, he stopped the Jammu BJP from promoting Hindu chauvinism to their electoral cost, and he persisted with Pakistan despite repeated setbacks by the Pakistani government that undercut him as determinedly naive. 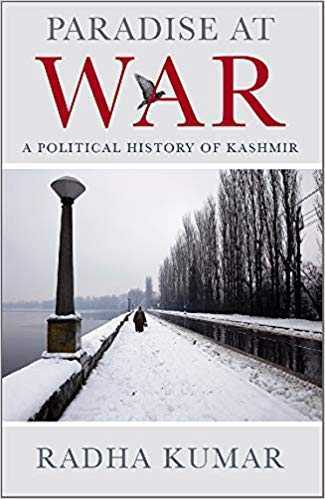 The second lesson, from Manmohan Singh, was that raising expectations for a peace process and then failing to follow through will only exacerbate cynicism or angst. Singh did more to anchor a peace process than any other prime minister. He pushed through at least a dozen CBMs, from cross-Line of Control trade to security reforms to local devolution. The state government had more freedom to govern than ever before or after.

Like Vajpayee, he persisted with Pakistan despite suffering the same setbacks. Yet having created five working groups for CBMs that would have led to reconciliation in the valley, he left them to the state government and union bureaucracy to implement instead of ensuring independent and political monitoring.

The third lesson, also from Singh, was that political neglect is never benign in conflict situations like the one in Jammu and Kashmir. After the shock of the 2010 agitation, Singh rose to the occasion by appointing our Group of Interlocutors and reinforcing a hearts-and-minds policy in the army and paramilitary forces. But when, a year later, some calm had been restored, he failed to take the next steps towards talks with dissidents and a political resolution.

The fourth and in some ways grimmest lesson was from Modi’s tenure— that disdaining the special status of Jammu and Kashmir could precipitate conflict… The state government’s views were either ignored or ridden over roughshod. When, inevitably, stoning protests recurred, making the summer of 2016 one of the worst in the valley, the Modi administration responded only with security measures, including widespread arrests and heightened counter-insurgency. In the first three years of Modi’s prime ministership, there was not a single political initiative for reconciliation, though many were sought by the state government His 2017 statement, to ‘embrace Kashmiris’ instead of excoriating them, may have indicated a policy shift, but if so, it was all too brief. The termination of the Ramzan ceasefire and toppling of the Mehbooba administration belied that hope.

What about lessons learned for Pakistan? Here too there are four. Pakistan’s Kashmir policy has been an unmitigated disaster, though many may argue it was not so from the start. Under Jinnah, Pakistan did succeed in gaining parts of the state through war in 1948–49. Bhutto and Zia inserted Pakistan into the internal dynamics of Jammu and Kashmir, especially the valley, once again through direct and covert violence. But Pakistan also suffered blowback as a result. Kashmir was a factor in every military coup in Pakistan… 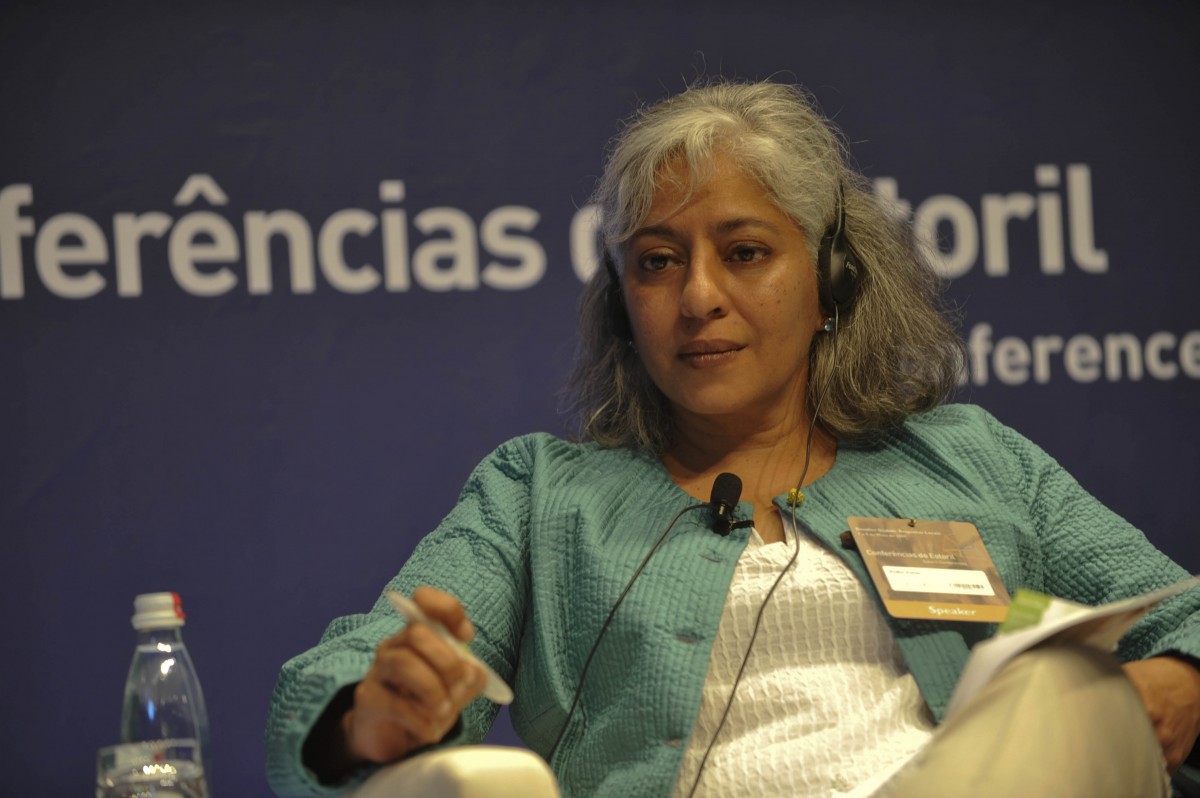 Second, the Islamist guerrillas that Pakistan nurtured for its Kashmir jihad from 1947 on, now constitute a state within the state, having again multiplied exponentially with the Afghan war since 1980… That the Hafiz Saeed-led Jamaat-ud-Dawa succeeded in contesting elections, suggests the internal threat to Pakistan’s polity has increased. The Pakistani judiciary’s protection of Saeed indicates that another powerful profession has succumbed.

The lesson from Nawaz Sharif in all three of his stints in power was the same as from Singh, that raising and then disappointing expectations of an India–Pakistan peace process breeds far worse than disillusionment—it radicalizes. Sharif was far weaker than Singh when it came to pursuing peace—he backtracked at the least opposition. His third stint was the worst. Having earlier been deposed and exiled by the Pakistan Army, he feared to take them on again… After being sentenced to trial for corruption by Pakistan’s courts in late 2017, he is currently fighting for political survival…

Also read: From the Other Side of Kashmir, a Tale All Too Familiar

Fourth, and perhaps most important, was the lesson from Musharraf that brinkmanship does not pay. The 2004–07 peace process went further than any initiative before or after. Musharraf could have sealed a settlement of the Kashmir dispute by going public in Jammu and Kashmir with the Aziz–Lambah framework. But he did not bring Pakistan’s political parties on board and he did not push for a consensus amongst the army’s corps commanders. Whether he was ever committed to a settlement is unclear. More likely he was stringing his Indian interlocutors along in order to dissipate international pressure.

In 2018, India, Pakistan and Kashmiri dissidents seem very far away from any kind of agreement, even though their respective leaders came close to it a decade ago. Yet, they will have to come to a settlement eventually. The current state of conflict is not indefinitely sustainable—certainly not for India or Pakistan. Having tasted 7–8 per cent growth for a decade and with an enormous young demographic whose aspirations were shaped during the years of growth, the Indian electorate will look for more, not less, stability. Kashmir may be physically distant but it cannot be cordoned off. Indeed, it has already impacted the Indian polity, giving rise to an overheated and chauvinist nationalism that too will have to yield to the demand for stability and economic growth.

For the sake of Kashmiris, we must hope that a peace agreement is arrived at sooner rather than later. The state of conflict in which they have had to live for the past thirty years, with only brief interregnums of peace, is intolerable. For democratic India, it should be unconscionable as well. Indeed, it should be unconscionable for Islamic Pakistan too. As a young Kashmiri architect said sadly to me in the spring of 2017, ‘I just want to be left alone in my Kashmir.’

Paradise at War: A Political History of Kashmir by Radha Kumar was published by Aleph in November 2018.