Jammu and Kashmir: Seven Members of a Family Are Contesting the DDC Polls in Budgam

Mohammad Ramzan Sheikh and six members of his family have filed papers for panch and sarpanch seats in his hamlet. The family is representing the People’s Democratic Party. 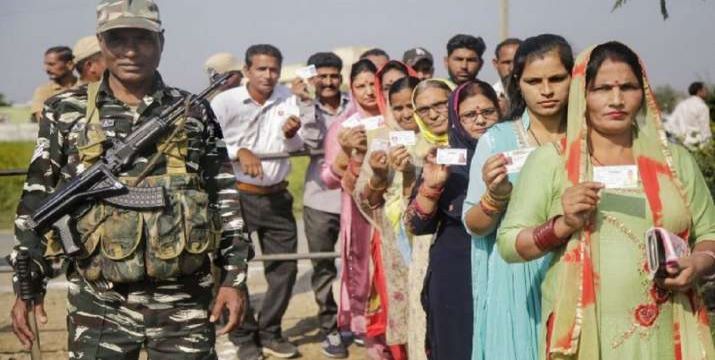 Budgam: As elections for the district development councils (DDC) in Jammu and Kashmir (J&K) are being held for the first time after the erstwhile state lost its special status in August 2019, a family of seven members in Central Kashmir’s Kanihama village of Budgam district have filed their nominations as candidates. The family is representing the People’s Democratic Party (PDP).

Mohammad Ramzan Sheikh, 72, along with six other family members, has filed papers for panch and sarpanch seats vacant in his hamlet. The hamlet has more than 500 households divided into seven wards. In all the wards, Sheikh’s family is fighting the elections with no opposition candidate in the fray.

Sheikh was a patron of the National Conference (NC) since Sheikh Abdullah’s time. But, after his death in 1982, Sheikh says he discovered that the party did not take care of his workers. “We were never heard by the party leaders and there was always a disconnect between us. Nazir Ahmad Khan who is district president of PDP in our area proved his worth and I decided to support his party in 2014,” Sheikh told The Wire.

Sheikh, a tall man with a stout personality explains the reason for fighting the elections after witnessing zero development in his locality for years.

“Our village has been largely neglected while people here go to polls in overwhelming majority,” he said. Taking a long drag of smoke from his hookah, he added that due to the underdevelopment of his village, the family has decided to contest elections for the seats to address the issues by themselves.

Shiekh is a diehard supporter of the PDP, and seemingly, it is his influence over the family that has convinced them to jump into the electoral process.

The situation in the Valley is not so favourable, but still the whole family is going to stand for the elections. In Kashmir, people who support the idea of political movement are seen as “traitors” and sometimes with the growing conflict around, the support has even cost people their lives. But Sheikh firmly says that “we are ready to take this risk only for the good of our village.”

Since the armed insurgency started in early 1990s in Kashmir, Kanihama, a village located halfway down to famous winter tourist spot Gulmarg, so far had three natives in the militant ranks. Two had been killed in separate encounters and one was captured alive. The situation in Central Kashmir is not as bad as in South Kashmir where panches and sarpanches are living a fearful life.

Most of the sarpanches and panches, elected from militancy affected South Kashmir in the 2018 urban local body elections as well as councillors elected from Srinagar, have been staying in different hotels in Srinagar for the last two years.

It was earlier decided that they will stay there for a short time, but even two years later, both winning and losing candidates continue to stay in these hotels, citing fear as a reason, the bills of which are being paid by the J&K administration. The hotels are guarded by both police and paramilitary forces.

Though, Sheikh feels that everyone around him is in support of his decision, some of his family members are not. His wife, a heart patient, keeps her eyes on the door. Her heartbeat goes up at every knock.

“I am a simple man and everyone in my village looks at me with respect. But my son and my wife are scared,” said Sheikh.

The local police station had asked the family if they need security, but they have refused the offer.

“We don’t want our neighbours to suffer because of us. If there will be security, there are chances of attacks or stone pelting, and we will become enemies in our own locality,” said Javaid Ahmad, Sheikh’s youngest son.

He further told The Wire that some relatives had already started cussing them for this step, which for him could become a reason for resigning. However, many in his locality are applauding him for his decision.

“We are contesting elections for the benefit of our people. But, if by any chance we won’t be able to fulfil anyone’s issue, we will be seen as selfish and our lives may be in danger,” he expressed.

Notably, no one in Sheikh’s family has received any education. All of them are illiterate. Sheikh’s second and youngest son Ahmad is working as a labourer while his elder son Jan Mohammad is working as an ATM guard in Jammu and Kashmir Bank.

With many relatives in his village, Sheikh believes that he can win. “If a single vote is casted in our locality, we can win as there is no other candidate fighting against us,” Mohammad expressed happily.

In 2018, regional parties, including the NC and PDP, had boycotted the panchayat elections, when 83.5% turnout was recorded in Jammu division while Kashmir Valley, which also included Ladakh then, recorded 44.4% turnout.