Unrest At Jadavpur University After Students Clash With Babul Supriyo

Supriyo was attending an event organised by the ABVP when he was shown black flags and asked to leave by agitating students. The situation escalated when the Union minister responded with threats of his own. 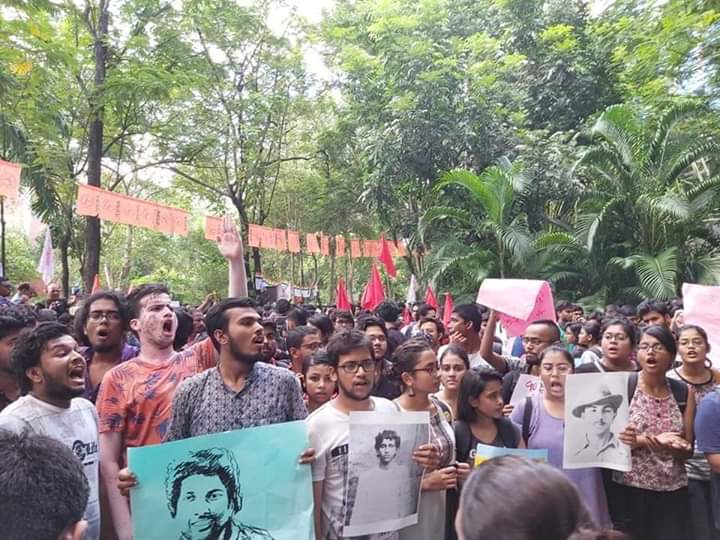 Supriyo was attending an event organised by the Akhil Bharatiya Vidyarthi Parishad (ABVP) – hitherto an absent student body in the history of student politics within the campus – when he was shown black flags and asked to leave by agitating students.

The situation escalated when Supriyo, refusing budge, responded to the agitation with threats of his own. A few hours after the impasse, he was rescued by West Bengal governor Jagdeep Dhankhar, who is also the chancellor of the university – but not before some associated with the ABVP and the BJP started a fire, vandalised the Arts Faculty Students’ Union, the UG Arts building and a few shops in and around Gate no. 4 of the university.

They also beat up some students who were found bleeding profusely near the site of violence.

Unprecedented in the volatile history of struggle and protests at #JadavpurUniversity
At about 7PM, BJP goons started a fire in front of gate 4! They eventually entered and vandalised the Arts Faculty Students Union room and UG Arts building.#gobackABVP #noplaceforfascists pic.twitter.com/eUGm1oSzC2

“This started because the ABVP had called for a programme here today with Babul Supriyo, Agnimitra Paul and other BJP leaders who have been notorious for their propaganda – provoking riots and such in the last couple of years. In light of this, the JU student body does not believe that there is space for this fascist propaganda here (on the campus), and if they choose to come to this place and poison young minds, [then] as is our democratic right, we will choose to resist that on all fronts,” said Shounak Mukhopadhyay, a post-graduate student at the Film Studies department.

He further said: “Babul Supriyo and his guards have abused our students, actually hit the students and generally provoked many other responses that are being depicted in the media as mayhem being caused by the students. We will not stand for this and he must apologise for provoking the students and bringing in arms into an educational institution.”

Students dragged out, heckled and beaten up by ABVP goons at #JadavpurUniversity

The mainstream media refused to air these footages because it exposes their partiality. #gobackABVP #noplaceforfascists pic.twitter.com/7YHbU3aVF6

Soon after Supriyo entered the seminar, a magazine loaded with bullets was found near the entrance – which was later claimed by his guards. Supriyo repeatedly urged the vice-chancellor Suranjan Das to call the police. He let his guards manhandle students and faculty alike and asked the media to take pictures of the students so they could be rusticated later. 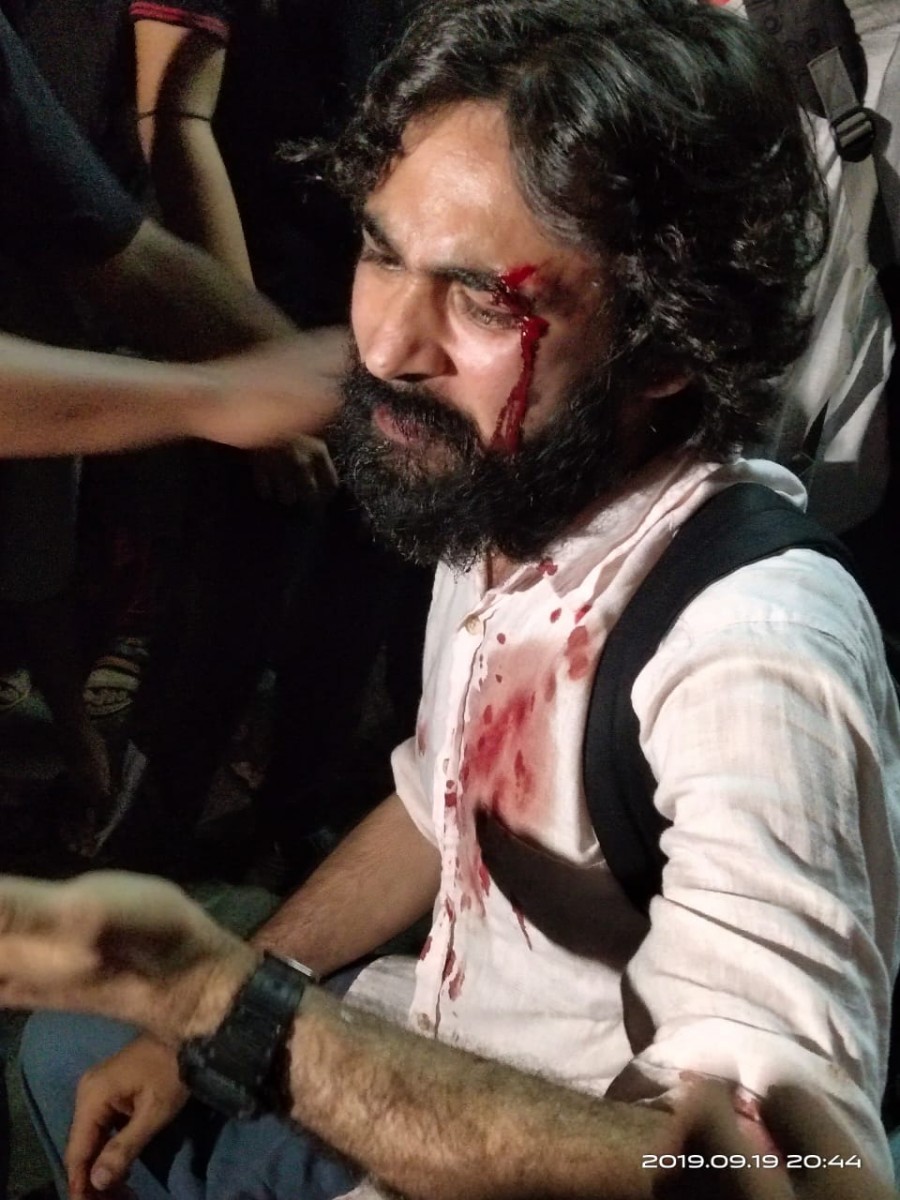 Meanwhile, Das said that he will not let the police on campus. In 2014, his predecessor had faced massive student ire by letting police officials enter.

The vice-chancellor and other senior officials of the campus eventually fell sick and were admitted to a south Kolkata hospital.

“We decry the AISA-SFI-TMCP divide that the media is trying to impose on us. We were protesting as general students who do not want token fascists walking our campus grounds. Babul Supriyo’s brand of politics includes provoking and highlighting reactions that show his opposition in poor light. He did not make faces at us or threaten us or hit us back while the cameras were rolling. He has done this before and we are calling him out for it. The BJP supporters are condemning the “attack” on him while circulating a photograph of him elbowing a female student, all in the same breath. This is shameful but nothing new coming from the representative of a government that depends more on divide rather than unity,” said another student who wished to remain anonymous.

I condemn the assault on@SuPriyoBabul ji at Jadavpur University. This incident is another glaring example of absolute break down of law and order in WB, where even a Minister is not safe. All those responsible for this heinous assault will have to be brought to book.#SaveBengal pic.twitter.com/dYbtzJnrat

The violence that was unleashed as an aftermath of the impasse shocked even the supporters of the right-wing organisation within the campus. While a political agitation is not a new occurrence at the university, physical violence and vandalism are.

“I am a supporter of the BJP, but that doesn’t mean I will support this kind of vandalism in my own campus…There are lots of ideological difference between us and them…but still I am a student of Jadavpur University first… I strongly stand with the university and my friends who were beaten by the goons…#Shame…In spite of being anti leftist, not a single person has made me feel uncomfortable inside the campus ever…Which might not have been possible if it is something other than JU..,” Aniket Mazumdar wrote on Facebook.

Trinamool Congress’s secretary-general and education minister Partha Chatterjee called the incident “unfortunate and shocking”. He said that the governor paid no heed to the state government’s request for additional time to control the situation despite chief minister Mamata Banerjee’s plea and that his actions reeked of  “partisan approach.”

“Nobody has come out of this [incident] untarnished. I strongly condemn the attempt of ABVP activists to storm the university grounds and go on a rampage against unarmed students. But at the same time, the way in which our students were behaving with Babul Supriya and the governor of the state is not something that does them any good. The media can see the way both parties behaved – two wrongs don’t make a right. This is not the end [of the matter] I fear,” said Samantak Das, professor of comparative literature and a member of the Jadavpur University Teacher’s Association.

Professor Das was also caught in the crossfire when he came to assess the situation on the ground.

Jitsoma Banerjee is a postgraduate student of Comparative Literature at Jadavpur University.