It's Time to Recall the Other Gujarat Model

The strategy Modi perfected was to file cases of all kinds against the official and unofficial opposition in order to simply tire his opponents out, and drain them physically and financially. 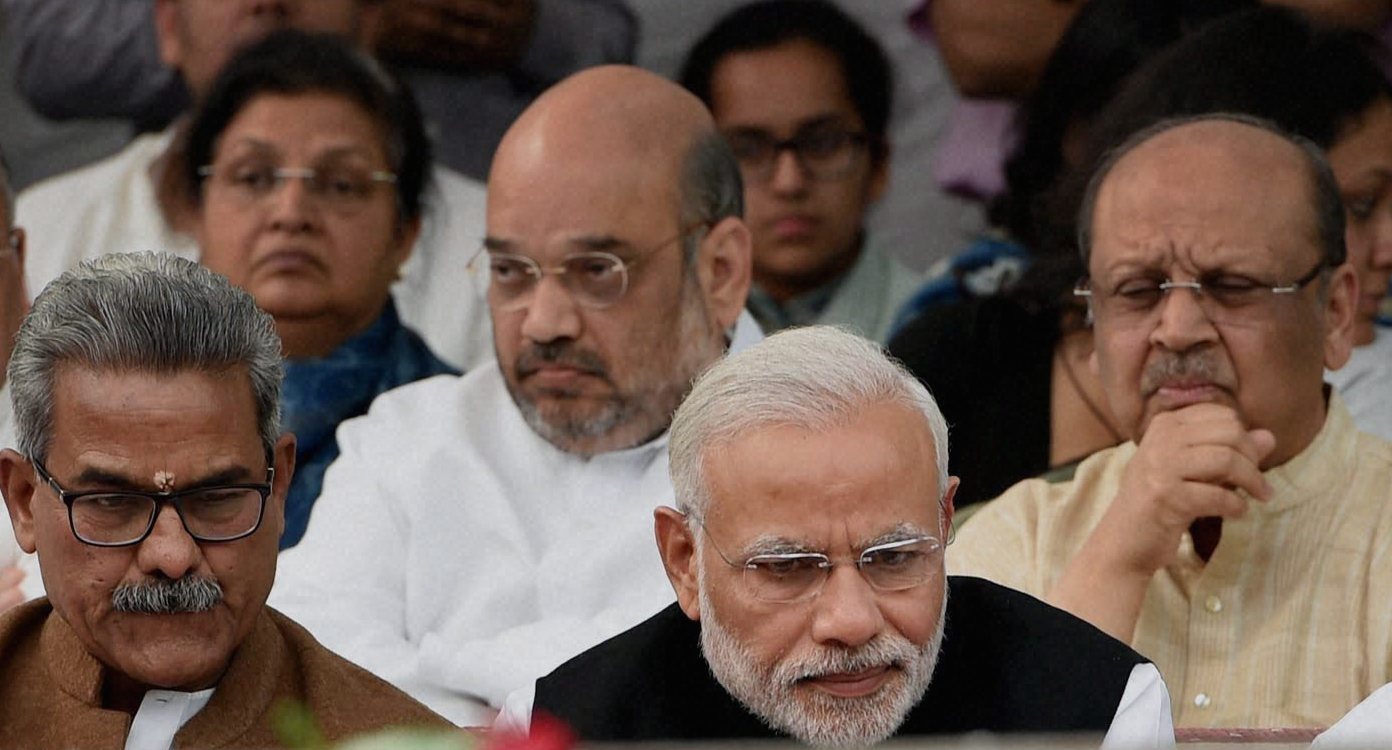 The real opposition during Narendra Modi’s tenure as chief minister of Gujarat did not come from the Congress party. The Congress, famously absent from the ground in Gujarat, abdicated the opposition space to civil society. Members of civil society who were activists, journalists, lawyers and people from all walks of life, used the judicial system to bring home their charges against the then Gujarat government, which now forms the core of the Central government. They received unexpected support from Gujarat government officials, especially police officers like Rahul Sharma, R.B. Sreekumar and later Sanjeev Bhatt, who deposed before the Commission of Inquiry regarding the government’s culpability in the 2002 riots.
These officers were later joined by other police officers like Satish Verma (member, SIT for the Ishrat Jahan Encounter case and seconded to the Central Bureau of Investigation for the investigation as per High Court orders), Rajnish Rai (initial investigator for the Sohrabuddin fake encounter case and responsible for the first arrests of high ranking police officers) and Kuldip Sharma (responsible for pursuing a corruption case which involved Amit Shah – the Rs 1200 crore Madhavpura Mercantile Co-operative Bank case).

All these police officers who took on difficult cases against the government were first sought to be targeted during the course of their investigations. Almost all of them were denied promotion on the grounds of flimsy departmental chargesheets and had to approach the Central Administrative Tribunal for simple things like promotion. Sanjeev Bhatt was the exception in that he chose to not challenge his suspension. What is odd about the treatment meted out to all these officers was that the attacks against them by the government have been so uniform. The pattern is the same. Denial of promotion, resurrection of old cases, filing of flimsy departmental chargesheets and an absurd criminal case or two. A similar strategy has been used against activists like Teesta Setalvad as well and it seems now that there are attempts to replicate it in Delhi. Rahul Sharma, who supplied the call data records of some important officers and leaders to the Special Investigation Team had charges of tampering with evidence levelled against him. To clarify, these charges were sought to be brought against him not because of anything else but because he had handed over call detail records. When these charges did not stick, he was served with a departmental chargesheet that effectively blocked his promotion. An easy way to block promotion for an officer is to issue a flimsy departmental chargesheet against him or her. The officer, who is then considered ‘under a cloud’, is not denied promotion but the decision regarding his promotion is kept in a sealed cover until a departmental inquiry is held. These inquiries, like most governmental inquiries, can take a lot of time under the best of circumstances but where there is a special interest in delaying an eventual decision, they can take a long time indeed.

The Gujarat government, in an act of unexpected grace, finally withdrew the chargesheet against Rahul Sharma which had been used to block his promotion after he took voluntary retirement from the IPS. What were the contents of the chargesheet which had led to denial of promotion? It was that he had let a head clerk sign one of his leave applications. Even if true, this was surely an overreaction against a respected officer. This has also to be seen in distinction to the treatment meted out to the police officers who are facing trial for their involvement in fake encounter cases, i.e. murder cases have not only been reinstated in service after being granted bail after years of custody but were granted promotions.

Surely, trial for murder and a pending inquiry regarding a wrong signature on an application for leave cannot be equated.

Satish Verma, who was also to be considered for promotion as per orders of the Central Administrative Tribunal, was suddenly issued a chargesheet three days before the decision on promotion was to be taken. This chargesheet relates to three days during June to July, 2013 when he was on alleged unauthorised leave. He has also been denied promotion in the same manner as Rahul Sharma. His challenge to this chargesheet is pending before the CAT. Another similarity between Rahul Sharma and Satish Verma is that much like Rahul Sharma was sought to be charged with giving false evidence because he handed over copies of the CDR, Satish Verma was sought to be charged with theft and intimidation because he seized hard disks from the Gujarat Forensic Science Laboratory as part of the investigation into the Ishrat Jahan fake encounter case.

R.B. Sreekumar, Satish Verma and Kuldip Sharma have also had the honour of having decades-old cases resurrected against them. These cases, which had reached their logical conclusions, were suddenly reactivated as these officers became more active in their investigations and activities. Satish Verma is sought to be investigated for an alleged encounter that took place in 1996-97. This alleged encounter was investigated as per High Court orders in 1998 and the then Commissioner of Police, Ahmedabad had given a detailed report after a lengthy investigation to the High Court stating that there was a shootout and the scientific and forensic evidence did not support the allegation of a false encounter. The deceased was the head of an organised gang. The report was accepted by the High Court in 1999 and the matter was closed. However, after Satish Verma as member, SIT declared in open court that the Ishrat Jahan encounter was fake this case was sought to be reopened. When the court was informed that the matter had already been inquired into, it turned out that the copy of the court order accepting the report in 1999 as well as the copy of the report itself, had disappeared from the records of the high court.

Cases have been filed against other officers like Sanjeev Bhatt and Kuldip Sharma when they spoke out against the government. These officers have also faced departmental actions, had their promotions delayed or denied and have been continuously transferred. Rajnish Rai who had been transferred last year to Jaduguda as Chief Vigilance Officer for the Uranium Corporation of India Limited without his consent had the transfer revoked and was posted to a central police post after he approached the Delhi high court.

There is a clear pattern here. Initiation of legal proceedings based on flimsy allegations have been a part of the Gujarat model of managing the opposition for a long time. The same strategy was used against Teesta Setalvad, against Senior Advocate Indira Jaising’s NGO Lawyers Collective, and against the political opposition now.

Rajan Katoch of the ED was removed unceremoniously right after having been granted an extension seemingly because ED did not want to proceed in the National Herald case, which, taken at its worst, is a very weak case. Much has been said of the recent raid on the Delhi Chief Minister’s office. The genius of this model is that it is a low-risk, low-investment strategy. Our legal system is slow enough that any charge made by the government will stick till the people targeted are finally exonerated.

The reason so many cases are filed against the official and unofficial opposition is to simply tire the government’s opponents out. All the officers mentioned above challenged the treatment meted out to them and won. This was the reason for repeated allegations and proceedings against them. The idea is to wear down the opponent, drain him or her physically and financially so that there is no energy left to oppose. The fact that the government is seeking to prosecute somebody is also used as an excuse to discredit them when they speak against the government.

These are early days but it does seem as if the Gujarat model of dealing with opponents and critics is becoming a part of the Modi government’s armoury at the Centre.

Sarim Naved is a lawyer based in Delhi