Irom Sharmila and the Amorality of 90

Why is it only in Irom Sharmila’s case that we are told that hope must be roundly defeated? That we should grow up, get real, get with the times? 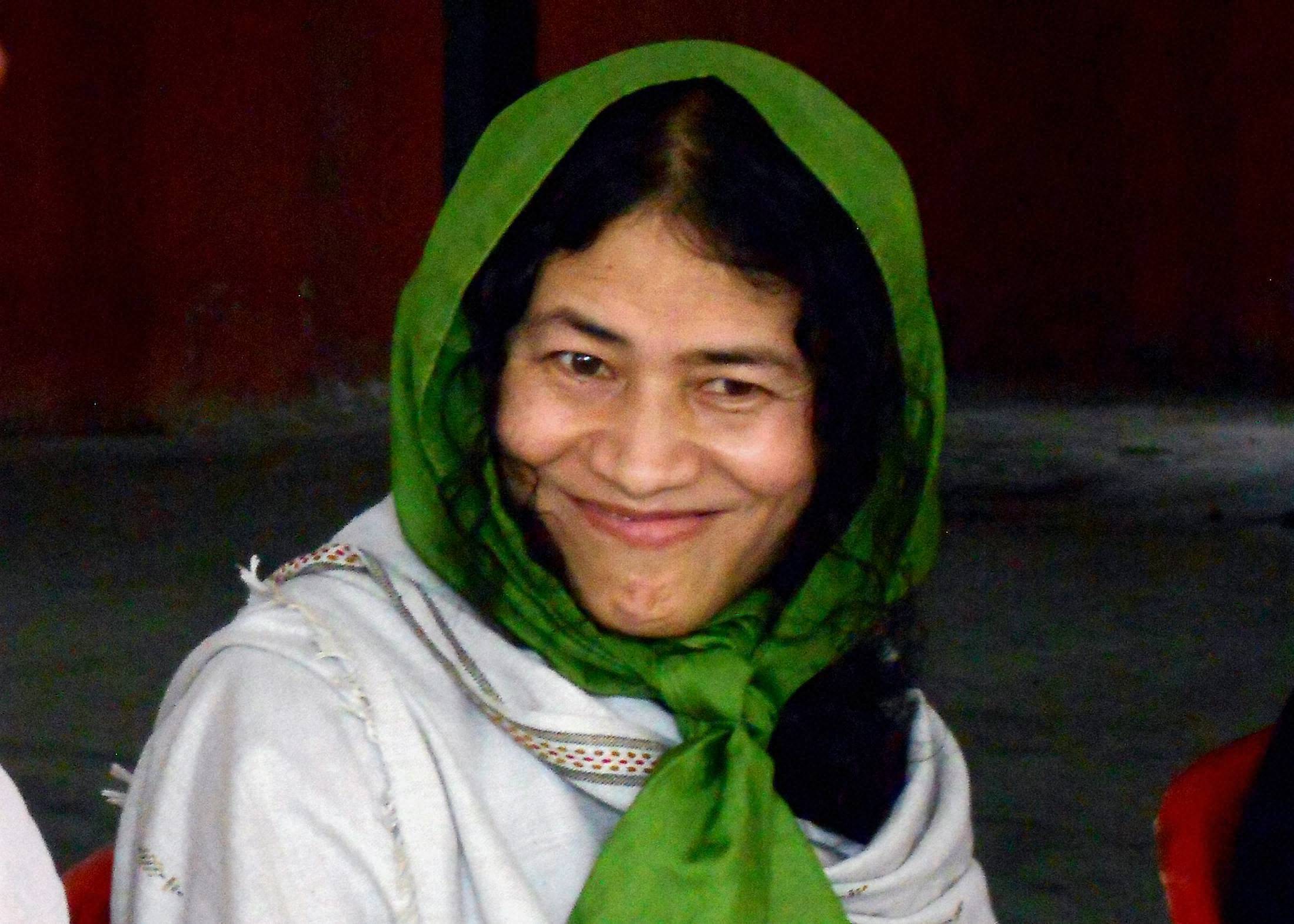 When all that someone like Irom Sharmila has to offer is a moral presence, a vote for her could only have been a moral transaction – an exchange of faith, where hope was traded for hope. It is sad enough that few dared or wanted to keep this faith. The scale of Sharmila’s defeat, however, goes beyond to suggest a vindictive rejection of her politics. Perhaps we need to examine the consequences of long years of counterinsurgency: it can not only produce tremendous courage but also tremendous bitterness which eventually, however, ends up feeding on itself.

No one seriously expected Sharmila to win. Defeating a three-term chief minister like Okram Ibobi Singh was always going to be difficult – people point out that he has nurtured his constituency well, had money to spend and represented a Meitei claim to the integrity of Manipur against the Naga parties. But there is no such rationale that explains why the BJP candidate should have got 8,179 votes and even the Trinamool candidate 144 votes compared to Sharmila’s 90.

The argument that Meiteis, like everyone else, like their politicians dirty and their activists pure, is no doubt an obvious one, but it hardly flatters the political system or those who participate in it. The fundamental question remains: What does ‘representation’ mean? Why is it that those fighting for the rights of people are not seen as fit to represent them electorally? Why should people keep fighting for others to whom they owe no direct responsibility of birth, ethnicity or common circumstance? The question was posed most sharply after the AAP experiment in the 2014 Lok Sabha elections, when well-known activists like S.P. Udayakumar, leader of the anti-nuclear movement in Koodankulam and Medha Patkar and Alok Agarwal of the Narmada Bachao Andolan, lost their electoral deposits.

It is by now a commonplace that people want to vote for a winning party rather than ‘spoil’ their vote, and they want this party to accomplish things for them ‘within the system’. Elections are not about single issues like displacement, AFSPA or nuclear plants. MLAs – and often MPs too – are beset with requests to assist in the mundane problems of everyday living, like transfers, school admissions and electricity connections. Politicians complain that all their time is taken up in attending births, deaths and weddings in their constituency, something that most activists would not have time for. It is equally well understood that winning elections requires money, a degree of experience and booth management, media support and so on. On the other hand, as the winning side never tires of pointing out, ‘representation’ is ultimately about how successfully one can represent one’s vision to the people. The claim to have a vision is central to the public self-imagining of political parties and their members.

In Sharmila’s case, few would blame her for assuming that 16 years of sacrifice should count for something. If people can waste their votes by selling them for money (as they routinely do around India and also did in Thoubal), they could as well have ‘wasted’ their vote on her dream of a just and resurgent Manipur. The fact that no more than 90 people recognised this simple bargain is telling.

The extra element of rejection

As long as Sharmila was on fast, she was an icon for Manipuris (and many others). But when gods come down to earth, demand to get married or ask for votes, believers begin to panic. Now something more is expected of them than mere worship – in the absence of gods, they have to take responsibility for their own life.

True, Sharmila did not ask anyone when she began her fast. Equally true that without the support she got she might not have made it so long. Never mind that the support was not what it should have been – neither from her own people, nor civil society and the media at large, leave alone the coarsened, cynical state.

What is most worrying, however, is the expectation that she should have conducted a referendum among her supporters when choosing to end her fast. A fast to death, as with all suicides, ultimately has to be a decision sustainable in the innermost recesses of an individual soul – it is too big a step to decide for someone else. Simply because a fast has gone on for 16 years is no reason for others to feel that each moment is not a singular struggle, and that inertia somehow makes it less painful. That much of her support fell off after she ended her hunger strike raises the unhappy possibility that many of her ‘supporters’ would rather she had died so that they could then use her martyrdom against the Indian state. The question this raises, then, is whether in all these years, support for her was founded on a politics of bitterness rather than a politics of justice – a resentment which too quickly turned inwards on their own symbols.

The ‘underground’ – or UG – in whose name the Indian government accused her of acting, were always uneasy with Sharmila’s fast, claiming that her ‘democratic struggle’ whitewashed the reality of Indian colonialism and that the fight against AFSPA both predated and postdated and in every which way outflanked her fast. But even the most grudging person would have to concede that her fast gave the demand that AFSPA be repealed a publicity and moral legitimacy it would not have had otherwise. Her electoral defeat will only reinforce the idea that since AFSPA is not an issue that the people at large consider worth voting on, it is not worth debating either. The principle that an emergency law like AFSPA has no room in a democracy just got that much harder to defend.

Years of armed conflict have truly taken their toll on the state – corrupting everyone’s sense of themselves. The UG takes money from the government they oppose by taxing its employees, policemen shoot people in cold blood for money, there are endless blockades, drugs, a student population that is compelled to leave the state in order to get any education at all. The people of the hills are discriminated against, and the people of the plains feel their identity as a people is under threat. If the Nagas could vote for the BJP in the hope that the ‘framework agreement’ will translate into something meaningful, cobbling together ‘Christ for Nagaland’ with ‘Hindustan for Hindus’, this means that hope is willing to surmount the hurdles of realism. Why only then, in Sharmila’s case, are we told that hope must be roundly defeated? That we should grow up, get real, get with the times.

By voting the way they did, the constituents of Thoubal have posed a question not just to themselves but to all of us: are we willing to give idealism a chance or have we forgotten how to dream?