The party's general secretary says the repeal of the APMC Act in Bihar set a ‘wrong precedent’. He says the Left in Bengal should treat the BJP as the 'enemy number 1', not TMC.

Patna: Nitish Kumar set the “wrong example” by repealing the Agriculture Produce Market Committee (APMC) Act in 2006 and the Bihar chief minister claiming credit for the Centre’s new farm laws amounts to “treachery” with the larger cause of the farmers, the CPI (ML-Liberation) general secretary Dipankar Bhattacharya said.

The CPI (ML-Liberation) which has its farmers’ union – the Punjab Kisan Union – actively supporting the ongoing stir against the farm laws, began its two-day central committee meeting at Patna on Thursday to firm up its strategy against the Centre’s “blow” to the interests of the farmers and farm workers to serve the interest of the corporate sector.

In an exclusive interview to The Wire, Bhattacharya said, “The condition of the farmers has deteriorated in Bihar over the past 14 years since the Nitish government repealed the APMC Act. The CM who talked about an ‘agriculture road map’ at the beginning of his tenure in 2005-06 has fallen silent on the farmers and workers. On the contrary, he is singing in tune with the Centre on the issue.”

He said that all the constituents of the Mahagathbandhan – the RJD, Congress, the CPI (ML-Liberation), the CPI and CPM – are solidly behind the farmers from Punjab and elsewhere agitating in and around Delhi. “The farmers will not suspend their agitation unless the Centre withdraws the new farm laws,” he said. 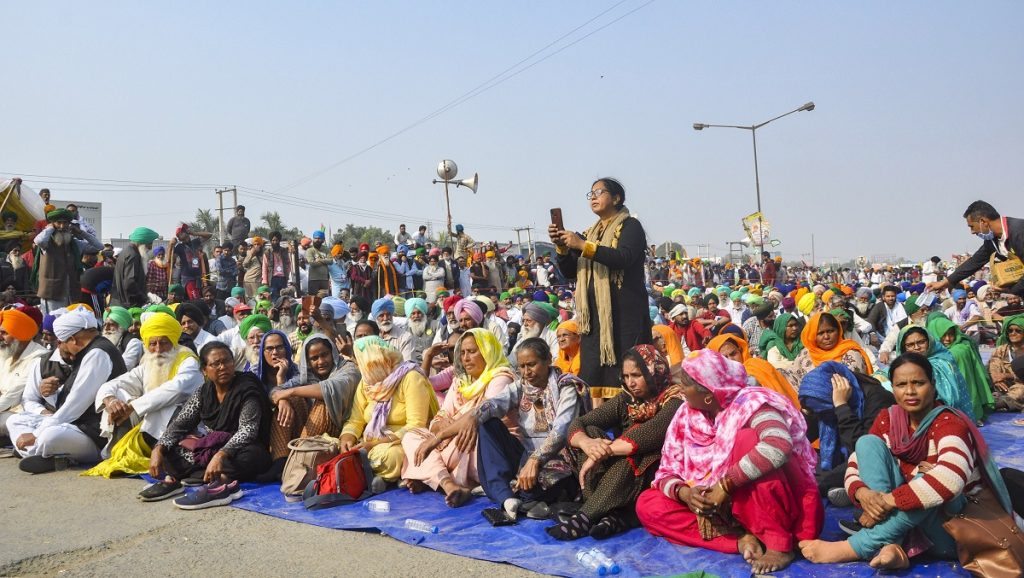 Nitish should reclaim what he has lost to the BJP

Bhattacharya said that Nitish’s Janata Dal (United) should make efforts to “reclaim” the ground it has lost to the BJP in Bihar. “There was anti-incumbency against both the BJP and JD(U). Over 30 lakh migrant workers returned to their homes in Bihar because of the Centre imposing the lockdown in a mindless manner in March in the wake of the COVID-19 outbreak. Lakhs of people across sectors lost jobs. The economy has suffered. All this was because of the Centre’s unplanned policies, against which the anti-incumbency sentiment had accumulated.”

“But ahead of elections in Bihar,” said Bhattacharya, “the BJP subtly deflected the anti-incumbency on to the chief minister and managed to improve its position.” Before the election, the JD(U) was considered the senior alliance partner, but will now have to accept its position as the junior partner, after seeing its tally reduced to 43, a decrease of 28 seats from the 2015 election.

“It clearly shows that the JD(U) suffered more because of the policies of the Centre,” the CPI (ML-Liberation) leader said, adding, “Nitish should closely look into how the BJP has eroded his (Nitish’s) vote-base rather than passing the buck to the Opposition.”

In the context of the Mahagathbandhan, he said, the Left – mainly his CPI (ML-Liberation) – has not only reclaimed its ground but has expanded it. “The Left has won 16 seats, of which the CPI (ML-Liberation) alone won 12. The RJD, under the stewardship of Tejaswhi Yadav, has reclaimed the ground [that it lost in the 2019 general election]. But the Congress, which contested 70 seats, should have done better. The grand old party should be more serious in Bihar. Tejaswhi showed more seriousness than the Congress’s leadership.” Bhattacharya, who returned to Patna on Wednesday for his party’s central committee meeting after spending ten days in Bengal, said that the Left front led by the CPI(M) must treat the BJP as “enemy number 1”. “The CPI (ML-Liberation) has initiated dialogues with the Left democratic forces at all the levels in Bengal to check the upsurge of the BJP that has been annihilating what India stands for,” he said.

“I don’t say,” said Dipankar, “that the Left shouldn’t criticise the Mamata Banerjee government that is in office. But the Left’s criticism should not be in the narrative and manner of the BJP. The Left should take up the cue from Bihar in taking on the government on the issues of employment and livelihood rather than joining in with the emotive issues with the BJP.”

Also Read: Is There a Lesson for Bengal CPI(M) to Learn From the Left Resurgence in Bihar?

He also said, “The Left shouldn’t compete with the BJP against Mamata Banerjee’s Trinamool Congress (TMC). Rather both the TMC and the Left should compete against the BJP. Opposing the BJP is what constitutes the ABCD of the Left’s activism. The Left in Bengal must not behave like a local outfit in the context of fighting the BJP, which is a national menace.”

Elaborating on his contention, Dipankar said, “The Left in Bengal must understand that it’s an extension of the liberating values propounded by Rabindra Nath Tagore, Raja Ram Mohan Roy and Ishwar Chandra Vidya Sagar, who empowered Hindu women by fighting against the Sati system and promoting widow remarriage. By harping on ‘love jihad’ and misinterpreting the concept of Durga puja in Bengal, the BJP is trying to poison the very inheritance that the Left has got from these social reformers. It is high time for the Left in Bengal to guard this attack by the Sangh parivar.”

Nalin Verma is a senior journalist and author of Gopalganj to Raisina: My Political Journey, the autobiography of Lalu Prasad Yadav. He has also authored The Greatest Folk Tales of Bihar.