Union HRD Minister Javadekar, in-charge of BJP affairs in poll-bound Karnataka, is confident that 'anti-incumbency, rural distress and lawlessness' will spell the end for the Siddaramaiah government. 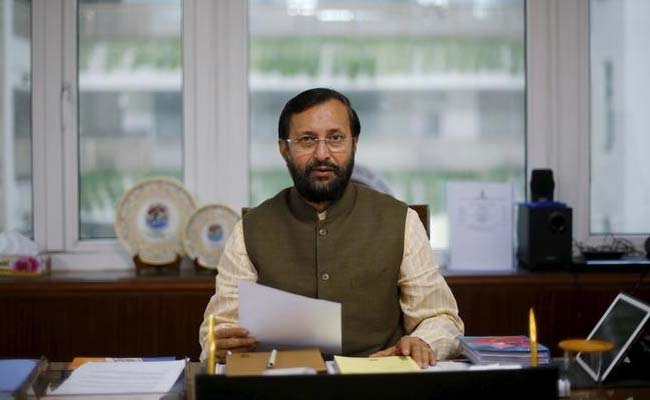 Leveling a serious charge against the Congress, the Bharatiya Janata Party (BJP) has alleged that the party is hobnobbing with terror groups and is practicing the politics of ‘divide and rule’ in poll-bound Karnataka in an attempt to retain power.

BJP leader and human resource development minister Prakash Javadekar, who is in-charge of party affairs in the key southern state, claimed in an interview to The Wire that “tremendous anti-incumbency, rural distress and lawlessness” would bring down the Siddaramaiah government.

Despite Karnataka being the first major state which would witness polls after the Nirav Modi scam, the Union minister brushes aside any adverse impact on BJP’s electoral fortunes, insisting that the Narendra Modi government acted with speed on the issue. “We have at least recovered more than 605. All this was started in UPA regime and was systematised” is his refrain.

Dismissing suggestions that the poll battle is turning into one between Siddaramaiah and Modi, the 67-year-old BJP leader accuses the chief minister of resorting to “goon governance” against the “good governance” of the prime minister.

“Rahul Gandhi is also out on bail in a fraud case”, he says, making light of the Congress charge that BJP is out to give power to “jailbirds” in Karnataka, an obvious attack on BJP’s chief ministerial candidate B.S. Yeddyurappa.

“Ours (Yeddyurappa’s) is a case which has been discharged and no guilt has been proved. There is no issue and people have accepted Yeddyurappaji with love.”

Javadekar takes a dim view of the Third Front in Karnataka, saying the Janata Dal (Secular) and Bahujan Samaj Party could only adversely affect the prospects of the Congress.

With stakes high, the affable and articulate Javadekar has been doubly busy and spends most of his time in Karnataka.

Excerpts  from the interview:

How do you look at the poll battle in Karnataka, especially in the wake of the bitter tussle in Gujarat?

In Karnataka, we are going to win because of the tremendous anti-incumbency, rural distress, lawlessness and, more importantly, because Congress is hobnobbing with terror groups and doing its politics of divide and rule. All this will result in the defeat of Congress… Good governance and poor people’s aspirations are with us.

The plank of the poor, which was with the Congress, has shifted to Modi. So this is a completely changed scenario and now Congress has only one big state with it, and that is Karnataka. They are going to lose it. Congress has lost the people, so they are being thrown out from all the states and now people of Karnataka are also ready to throw them out.

How much will the Third Front of the JD-S- BSP and Nationalist Congress Party impact the polls?

There is a perception, right or wrong, that the Congress is Number 1 in Karnataka at present, as BJP has failed to get its act together till sometime back.

Now the situation has changed. It has dramatically changed in the last two months. Our party is united and is leading the offensive. The Congress is faltering every day. In the latest three incidents in Bengaluru, it has unleashed goonda raj. The way the son of a Congress MLA beat up a colleague in a pub so brutally that all had to be arrested… It was our agitation that forced the state government, but it is still protecting the goons. Besides Bengaluru, the incident in Hubli showed that its arrogance of power. Therefore, people are calling Congress Raj as ‘goonda raj’.

And see how they have converted Bengaluru from a garden city to garbage city, from a city of lakes to a city of lakes on fire. Then it was regarded as the IT city, now it has become a crime city. It was the safest city for women, now it has become most unsafe. It was a beautiful city, now it has become a potholed city. This is not the only story of Bengaluru, (with) more than 700 rapes, thousands of chain-snatchings, this is the worst phase of Karnataka’s law and order.  The third factor is they (Congress) are hobnobbing with SDPI (Social Democratic Party of India), which is an overground supporter of the PFI (People’s Front of India), a terror group. So Congress is in alliance with SDPI in Bangalore Corporation. There have been killings of 25 Hindu activists only because they are preaching an ideology.

The murders of Gauri Lankesh and M.N. Kalburgi are still unsolved despite a Special Investigation Team of 100 police officers. Many honest officers committed suicide, got killed. Officers were never as insecure as in today’s Congress raj.

It is said that the poll battle in Karnataka has turned into one between Siddaramaiah and Modi.

How much impact do you think the Nirav Modi episode would have on BJP’s fortunes as the bulk of Letters of Undertaking to his firm were issued after 2016?

Nothing. Because people understand that we are taking action and so seriously, within 72 hours. If this would have been the UPA government, they would not have found anything. We have at least recovered more than 60%. All this started in the UPA regime and was systematised. Rahul Gandhi had visited his (Nirav Modi’s) exhibition and next day he was granted loan restructuring and additional loan. So this is all Congress’s (doing).

(Mehul) Choksi’s company was barred by SEBI (Securities and Exchange Board of India), but the ban was lifted for some time to benefit him. So, all this is Congress’s doing.

The more important issue in Karnataka is farmer distress. More than 3,700 farmers have committed suicide across the state and it continues every day.

Will people believe Narendra Modi, who has postponed the delivery of most of his promises?

It is only Modi (who) people believe. People believe that Modi is the only real leader who can take decisions and who has the intention to improve the country. Others were… they have seen the worse form of government, corrupt government. In four years, they (United Progressive Alliance) could not level a charge of corruption at all.

And their game of ‘divide and rule’ in Karnataka has collapsed. The attempt to divide Lingayats and Veershaivas has actually boomeranged. Further, if they do caste and communal politics, it will recoil on them.

It is not Hindi, Hindu, Hindustan. It is India and Indians…More than anything, the people want progress and development that has not happened in Congress regime. That is why 19 states are under BJP- National Democratic Alliance. I am very sure that two out of three states in the northeast which are witnessing polls will become NDA states.

But the Gujarat polls tell a different story. How do you see the results of the recent bypolls in Rajasthan?

Bypolls are bypolls. Let us not discuss. In Gujarat, we were fighting for the sixth time (to retain power). In our country, since Independence, the Congress has never won five consecutive elections and we have won the sixth term in Gujarat. It was always a difficult thing and they (Congress) did the caste thing. We removed the caste (factor) from the body politic of Gujarat. They reintroduced caste. But finally we won, and winning is winning. If defeat is a victory for them, then in every state they can enjoy.

Will Yeddyurappa be the only BJP MP who would contest the Assembly polls?

So far, only Yeddyurappa is our CM candidate. But ultimately, our Parliamentary Board decides (whether others can contest too).

Siddaramaiah has hit out at Yeddyurappa wondering how jailbirds can become chief ministers?

He says he (Yeddyurappa) is on bail. Rahul (Gandhi) is also on bail in a fraud case. Ours (Yeddyurappa’s) is a case which has been discharged and no guilt has been proved. There is no issue and people have accepted Yeddyurappaji with love. Our slogan in Karnataka is “Karnataka da vikas jodi, Yeddyurappa Modi” (The duo of Yeddyurappa-Modi would usher in progress and prosperity in Karnataka).

Siddaramaiah is also raising issues of regional pride, like the Kannada language.

See, simple questions are troubling people. In Yeddyurappa’s time, a truckload of sand was costing Rs 4,000, now it costs Rs 30,000.

They are celebrating Tipu Jayanti but not Vivekananda Jayanti.

Do you see the danger of a hung house in Karnataka amid diverse pulls and pressures?

You see the trend. In all big states, there is no hung assembly. In Uttar Pradesh last year, a lot was speculated after the polls, but people gave 325 seats to the BJP.