As Uttar Pradesh elections approach, farmers' leader Rakesh Tikait is in the state to bring together forces against the BJP, and to bring agrarian issues to the forefront. 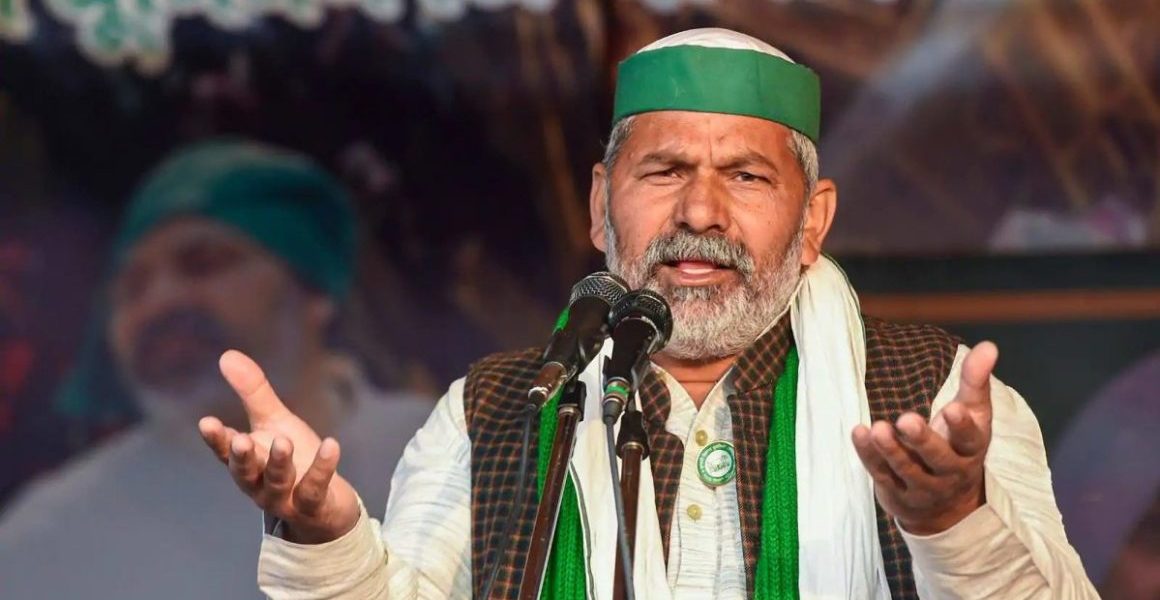 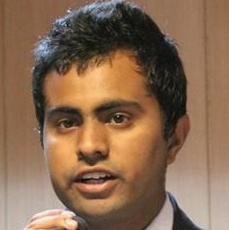 With less than a week to go for the high-stakes Uttar Pradesh battle, farmers’ unions have intensified their campaign against the Bharatiya Janata Party, attempting to mobilise communities which were earlier divided on caste and religion. Farmer leaders are keen to ensure that communal campaigns are trumped by the velocity of the successful year-long farmers’ agitation.

Leading this movement is peasant leader Rakesh Tikait, who has been in Uttar Pradesh not only to build a campaign against the BJP but also to bring agrarian issues to the fore once again. He was in Muzaffarnagar on Tuesday, February 1, when he sat down for this interview and touched upon a number of issues.

Below are edited excerpts from the interview:

The farmers’ movement successfully managed to push back the three farm laws, but since then there has been no discussion regarding demands for a committee to grant Minimum Support Price to farmers, withdrawal of cases registered against protestors filed during the year-long agitation, compensation to families of protesters who died and other such issues.

How do you perceive the government’s attitude in this regard, and what will be the future strategy of Sanyukt Kisan Morcha (SKM)?

During the past three days, some cases have been withdrawn in Haryana, and the government has granted compensation to a few people there. But the committee for the MSP Guarantee Act has not yet been formed.

Yesterday [Monday, January 31], some BJP spokespersons had assured that a committee will be set up and asked Sanyukt Kisan Morcha to recommend members for it. But these spokespersons have little knowledge regarding the formation of the committee, as neither the Centre nor the ministry of agriculture has issued any official guidelines for it. The SKM has no information about the number of committee members and other details so far.

On February 3, the SKM plans to hold a press conference and share the course of future action. The organisation will reach out to the farmers across the country, and discuss these issues and other policies of the government.

After the elections, the Centre may introduce some policies regarding seeds, pesticides, etc. There has also been no discussion on new electricity laws being framed, and the questions around it still persist. When the Centre starts a discussion, the SKM will table its suggestions. But as of now, the government is not open to any talks. They have not met any member of the SKM since January 22, 2021.

At the outset, the farmers’ movement had signalled a farmer-labourer unity. When farmers from Punjab began moving to Delhi on November 25, 2020, various trade unions also called for a nationwide strike in solidarity the next day. Now that the three draconian farm laws have been repealed, is the SKM focussing on supporting the labour unions who are demanding the withdrawal of the four new labour codes?

Absolutely. We always say that the current Indian government wants to make the country a labour colony. Since big industries require a huge labour force, labour laws have been amended. As a result, as railways are being privatised today, people are forced to do contractual labour for a minimal Rs 7,000 to Rs 8,000 a month.

They [the government] plan to get every department across the country to hire workers on contract. Some companies have been contracted to hire people. In sugar mills, for instance, no one is being offered a full salary package. All of them want to hire contractual labourers. The ultimate plan is to make cheap labour available all over the country.

Also read: SKM Turns the Heat on BJP Ahead of UP Polls, Alleges Betrayal by Modi Govt on Key Demands

When the Kisan Mahapanchayat was held in Muzaffarnagar on September 5, 2021, the slogans of ‘Long Live Brotherhood’ and ‘Allahu Akbar, Har Har Mahadev’ were raised in unison. In a way, an attempt was made to bridge the communal rift created at the grassroots level following the Muzaffarnagar riots of 2013. During the ongoing UP assembly polls, the BJP is again trying to stoke communal sentiment by bringing up Kairana and Sotiganj. The BJP and other radical forces are also trying to polarise voters along the lines of caste. What efforts are you (organisation) taking to counter such attempts and ensure that brotherhood is maintained?

The whole country is engaged in creating harmony and building brotherhood. There are some elements in the government who want to destroy them. A new vocabulary has been introduced in UP a couple of months ahead of the elections with the sole purpose of weakening the integrity of the state. Once the elections are over, these phrases will also become obsolete again. We have told the public that it is the official discourse of the government which they neither need to pay heed to nor follow.

People no longer care about such speeches aimed at harming the country’s unity nor acting on it. The BJP is driving the same old agenda. It is like driving a 20-year-old model of car in a race when the latest models are there. It is an age of competition. The old model no longer works and has been rejected by the public. Even for contesting elections, they need to come up with a fresh idea. They need to talk about education, health and roads. This is what the public wants to hear.

Thirty-six farming communities in western Uttar Pradesh are said to have come together and formed a fraternity. However, several parties are harping on Thakurvad as an issue in the poll campaign. Rajputs are also a farming community in western UP. What is your opinion about it?

The condition of Rajputs is the worst among all the farming communities here. They live in absolutely deplorable conditions. It is an ‘upper’ caste only in name while its members are in a pitiable state. Their financial condition is poor mainly because they are involved in agricultural activities. They have impressive names, but no jobs and are struggling to make a living. Visit those areas and the houses and see for yourself. People are suffering losses irrespective of their community.

In agriculture, caste does not decide what the crop is worth. The remuneration for crops – adequate or not – is the same for everyone. This is why the BJP wants to keep people entangled in the questions of caste, fraternity and religion so that they do not raise demands for appropriate crop prices. Our key demand is the minimum support price for crops. If farmers and labourers have access to free medical services in villages and education is also free of cost, then only will the communities benefit. They will be in loss otherwise.

During the last several years, it has been observed that farmers were gradually becoming less inclined towards farmer organisations. But the peasant movement has reignited a sense of identity among the community. Many youths who hail from farming families but study or work in cities are now proudly embracing their agricultural lineage. How do you view this change?

The youth who had grown distant from agriculture are now returning to farming and their land. The youth must be made aware of their land’s worth, otherwise, it will be lost. If they rely only on the city, their land in the village will be sold out. There are no jobs and the youth will have to find employment in the agriculture sector. If one member of a family stays in the village and the other works in the city, the latter can fund the former’s agricultural activities. In exchange, supplies like grains, ghee, vegetables and pulses can be provided to the city-dwelling family member from the village.

Hence, both will be able to make a living. This is how joint families used to function. One family lived in the city, while the other lived in the village. There used to be harmony among them. We need to adopt a similar style of living once again.

What is your message to the people of UP regarding the upcoming assembly elections?

I urge the people not to think along the lines of caste or religion but understand what truly affects their business and earnings. First, they must analyse whether they are suffering losses or reaping profits and then vote.

Don’t vote on the basis of caste, or creed. Share your viewpoint in your own language with whoever comes to seek votes. The leaders and politicians who form the government are themselves coming at your doorstep, talk to them.

Prabudh Singh is a PhD research fellow in Sociology at Ambedkar University Delhi. He works on agrarian relations, rural sociology and caste in particular, and the Marxist critique of political economy in general.

This interview took place with inputs on questions from Karthik and Sagar.