India's 'Emerging Fascism' is on Record, Thanks to Mahua Moitra

She has done the job of finally saying the unsayable in the most important forum in the country. All of those concerned about the future must do their bit too. 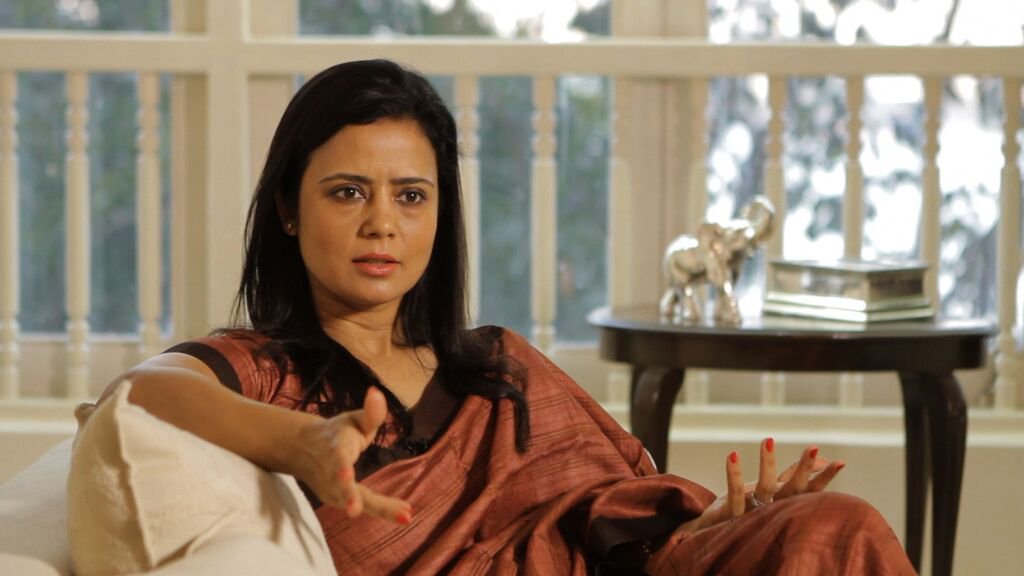 Mahua Moitra is the newest star on the news horizon. She’s smart, articulate and feisty – and happily, as far as television channels are concerned, photogenic and a PLU too. What is there not to like? One also suspects she says things that many others, journalists included, would like to say, but can’t or won’t. Interviewing her provides a good opportunity to air those views and let off some steam.

The ‘F’ word has been in the air for some time now, but it crops up mainly in private conversations, on social media or tangentially in articles on history. Moitra’s contribution is to bring it out front and centre, and not in an electoral speech, but in parliament, where it reached the rest of the country in real time and will go down in public record.

She was not hedging – she laid into the government and the BJP. Nor did she indulge in mere rhetoric and bluster – it was a measured speech, with research and well-honed argument of the kind that strikes home. Long after the first buzz around her subsides, the effect of her words will linger – a new foundation has been laid, upon which further debates can happen in the public arena. Learned pundits and public intellectuals often make similar points, usually in polemical and convoluted terms that don’t have a mass impact, but it is the likes of Moitra who puts it squarely on the table for others to pick up.

The media frenzy around her for the moment is helpful, in that it allows her to reach her message to a much wider audience – besides building her profile, which is never a bad thing for a politician – but it can be counterproductive. Overexposure will inevitably mean not just raised expectations but also closer scrutiny of everything she says and does. Many a ‘media star’ has come crashing down sooner than later once the fickle media loses interest or latches on to nitpick some alleged infraction. That, however, remains her choice and is up to her to manage.

But there is little doubt that her remarks have stung those who stand on the side of the ruling establishment – in short, the right-wing ecosystem of journalists, academics and garden-variety trolls. She has come in for the usual criticism, much of which is easy to shrug off, but some have sought to ‘expose’ her, by alleging, in the main, that her speech was ‘plagiarised’. Apparently, it has been used before and therefore Moitra’s speech somehow is tainted and thus she shouldn’t be taken seriously. 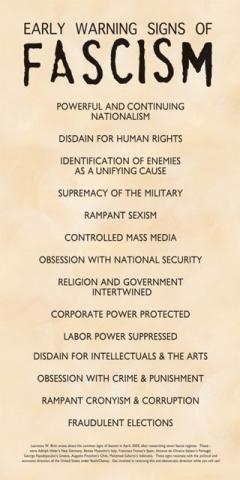 The weakness and shallowness of this argument are obvious. Moitra says her thoughts on the subject were triggered by something she had once seen in the Holocaust Museum in Washington DC. ‘The Early Warning Signs of Fascism’ poster has been circulated on social media for years, as much in the US as in India.

It is the distillation of points made by writer Umberto Eco as far back as in 1995 and subsequently by political scientist Laurence Britt in 2003. Rising nationalism, disdain for human rights, controlled mass media, the intertwining of government and religion, obsession with national security – these few examples indicate how pertinent they are in the current Indian context and applicable elsewhere too. (Moitra has pointed out that this is visible in different parts of the world).

It is thus hardly ‘plagiarism’ and more broadly, even if it is, what of it? How does it dilute the message? Is that the best her critics can throw at her? Can they honestly say her points are invalid and do they have a counter-argument to challenge her assumptions?

This attack is to deflect from the real crux of her speech, that some of the early signs are very visible in India and it is up to us – every citizen, every political party – to do everything in their power to resist it. We are living at a time when there are enough supporters of just the kind of thing Moitra has warned about – whether nationalism or the merging of religion with governance or indeed the valorisation and politicisation of the armed forces – are being welcomed, indeed craved for.

Many Indians, including ‘educated’ ones, will happily back any attempt to subjugate the media and do away with human rights, which they see as a Western construct being imposed on India to thwart its development and progress. Mainstream voices of protest against the usurping of tribal land, for example, remain feeble and any attempt to bring up the concerns of the minorities – or even the poor – is seen as pandering and wasteful.

Also read: How to Tell If You’re Living Under a Fascist Regime

The tragic part is that the opposition parties are either unwilling or unable to effectively stand up for these fundamental values of secularism and liberalism enshrined in the constitution. The ruling juggernaut, helped by a compliant and compromised media and backed by big money and muscle power, is rolling on relentlessly, tramping everything and everyone in its way, towards its goal of changing India. We can see it and we can feel it and yet, we are powerless to stop it.

At the very least, this has to be pointed out – only then can we formulate a response. That job of finally saying the unsayable in the most important forum in the country has been done by Mahua Moitra. Now there is no beating about the bush. It will help if she sticks to this theme and develops it, but even if she does not, it should be taken up by her peers, her party and her fellow politicians. All of those concerned about the future must do their bit too. The diagnosis has been made – it is time now to look for the cure.