The ease and room to make separate state-wise calculations of contingencies is clearly being seen as a new formula in opposition politics. 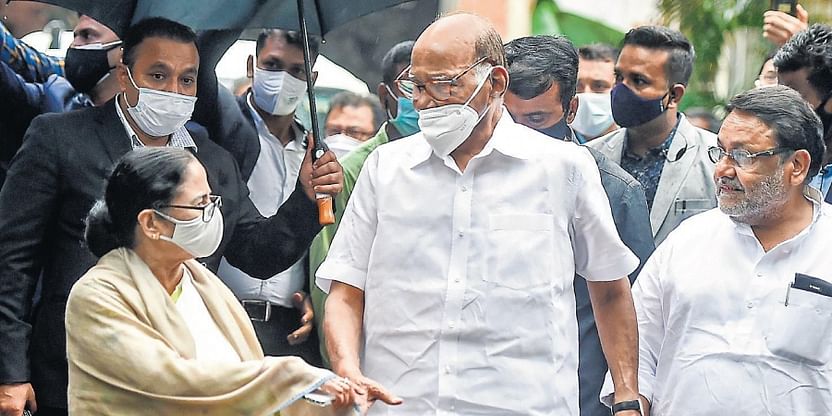 Kolkata: Contingency seems to be the choice of political parties that have made thwarting the Bharatiya Janata Party (BJP) from succeeding in its ambitions of winning once again in Uttar Pradesh, Goa and Uttarakhand. Like water that takes the shape of the vessel, the confederation of anti-BJP opposition parties is fluid. It is nameless and it is formally leaderless. Who is in and who is out are not fixed.

By letting exigencies steer the formation of the state-based league of anti-BJP parties that serves as the opposition to the ruling BJP, regional and smaller parties seem to have adopted flexibility as a strategy that can strongly challenge the BJP on what is to these parties, home turf. The spate of smaller unrecognised parties that have joined forces with Akhilesh Yadav in Uttar Pradesh, where the Samajwadi Party is the obvious opposition and challenger to the BJP, indicates that that there is a logic to keeping things fluid.

Mamata Banerjee, however, is a law unto herself. Her unilateral declaration of spearheading the fight against Modi and BJP without being formally anointed as the face of the opposition is characteristic of the feisty leader. Exceptional as she is, as the only woman chief minister in India and the only woman who successfully set up her own party, it seems that the rest of the anti-BJP opposition have agreed that she is a political force and however much they disapprove of her actions and style, they cannot afford to antagonise or undermine her.

The headlong plunge by the Trinamool Congress into Goa politics ahead of the 2022 elections goes against what she had stated earlier to enable regional parties to concentrate their energies in cutting down the BJP in their own states. In March, Banerjee had recommended that regional parties should reach an understanding with like-minded smaller parties on putting up one opposition to the BJP candidate in one candidate. That she has wilfully adopted a strategy by launching the Trinamool Congress in Goa will certainly divide the opposition votes, rather than the consolidation needed to keep the BJP from winning the state for the second term.

The shared characteristic of regional and smaller parties, especially the Trinamool Congress, is that their leaders are empowered to decide on tactics and get the second rung of their parties to endorse these choices regardless of whatever reservations individuals within the organisation may have. This gives the regional parties a flexibility and manoeuvrability that the national parties, including the Communist parties, do not possess. Even the dysfunctional Congress steered by its high command, comprising Sonia Gandhi and her scion, does not possess the speed and nimbleness of regional parties.

Conceptually, unbranded state-wise alliances between anti-BJP opposition parties make sense because the looseness of the form allows for permutations and combinations that the parties agreeing to work together can choose independently to serve the immediate challenge of banding together to fight the BJP. The Samajwadi Party-led alliance is Uttar Pradesh does not have a name and a structure. The Trinamool Congress alliance in Goa too has no name and structure. The Aam Aadmi Party in Goa has no allies, but it has sought and received endorsement from local caste-based organisations like the Gomantak Bhandari Samaj to beef up its connections to the grassroots. The Maharashtra Vikas Agadi in that sense is an exception. It has a name for the alliance between the Nationalist Congress Party, Shiv Sena and the Congress with a structure where decision-making is a formalised process of consultation and consensus.

Also read: Modi Is Vulnerable but the Opposition’s Chickens Must Hatch Before They Get Counted.

There are several advantages of the understanding that seems to underlie the formation of independent state-wise alliances between 2022 and 2024 for the anti-BJP opposition. If the independence were curtailed by forming an apex official nationwide alliance of the anti-BJP opposition with an organisation, a hierarchy and a common minimum charter, it would substantially subtract from the flexibility that gives the regional parties the opportunity to make allies or break up with past allies. The ease and room to make separate state-wise calculations of contingencies is clearly being seen as a new formula in opposition politics.

A cumbersome official apex alliance that complicates adjustments in the state, where the dynamics of shifting power, influence, aspirations and representation require greater flexibility, is entirely dispensable as it seems for the masterminds of the anti-BJP opposition league, which includes Sharad Pawar and Mamata Banerjee. The obvious differences within the league or “the platform”, as Pawar described it, have been articulated. It is noteworthy that despite the articulation, there have been no formal efforts to parley with the Congress or condemn the Trinamool Congress for its outspoken attack on the grand old party, its leadership and its present paralysis. 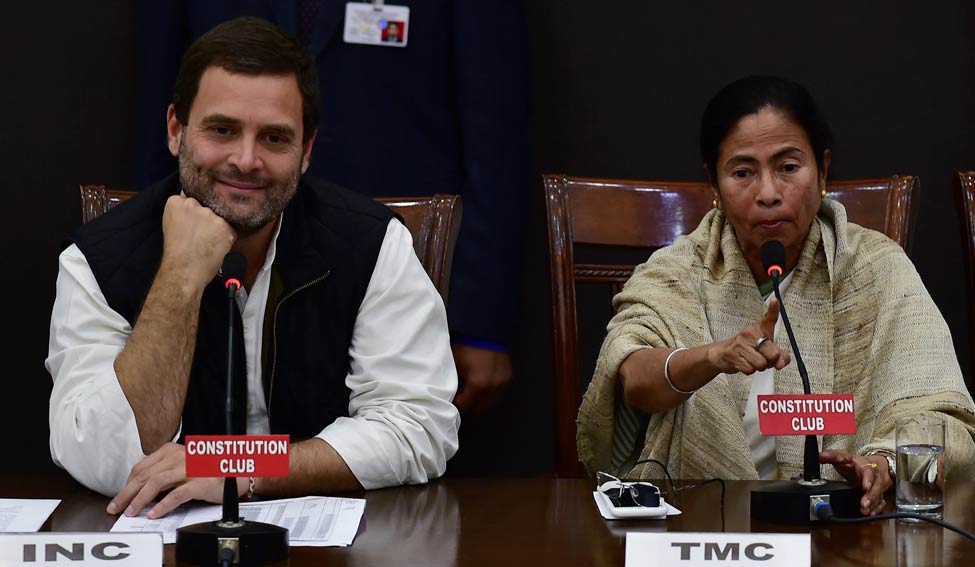 The reason is that there is a shared view that the Congress, however important it may be as a national party, with currently 52 seats in the 542 seat Lok Sabha, there is no certainty of how the party will climb out of the bottom that it seems to have reached. Waiting to be led by the Congress as part of a branded alliance – United Progressive Alliance as it was called till 2014 – is not politically possible for regional parties that are facing elections in early 2022 or will be facing elections later in 2022. Negotiating with the Congress is also a complicated process, because the party has mechanisms of control that are time-consuming and unsatisfactory.

Also read: Dear Mamata Banerjee, Whose Side Are You On?

The immediate need, as perceived by regional leaders, is to fight the BJP and at the very least, prevent it from winning or increasing its strength in the poll-bound states. If regional challengers succeed in reducing the BJP’s strength, the way forward will become easier to mount a powerful challenge against Narendra Modi, his mastermind Amit Shah and the BJP organisation over which they have a stranglehold.

There seems to be a tacit agreement among regional parties about the mechanics of an anti-BJP opposition. The goal is clearly defined – attack the BJP, reduce its strength in the states and work together to defeat the party. At this stage, the regional parties do not seem to need the Congress, possibly because they cannot afford to engage themselves in a time-consuming and difficult exercise of decision-making about who will be in the “collective leadership”, and how that will function vis-à-vis the alliances that have been made or are being made or will be made independently in the states.

Sharad Pawar spelt it out that the “collective leadership” would lead the alliance as and when it was formally constituted. It may be that he avoided the issue of Banerjee’s role as the self-appointed face of the anti-BJP opposition. It may be that the leadership role that Banerjee has taken on has an unmatched value that of grabbing public attention at par with the coverage that Modi gets in the media.

A flexible arrangement that is inclusive seems to be the choice of anti-BJP opposition parties. Between now and 2024, there will be shifts of allegiance from the BJP and away from the BJP. Some parties would join forces with other regional parties to maximise their appeal to voters in poll-bound states and the Congress would necessarily be a part of this process.

The BJP and its burden of incumbency on account of the dismal performance of the Modi regime in handling the economy, the pandemic and its fallout, is expected to find it tougher in the run up to 2024. How the BJP deals with the anticipated decline of its strength, diminishing the value of Modi, is uncertain. For the anti-BJP opposition to avoid fixing things up in a formally structured alliance now, does not mean that there is anything remotely ad hoc about the commitment to the common goal.

Shikha Mukerjee is a Kolkata-based commentator.