The COVID-19 crisis has highlighted the importance of expertise in governance. This provides us with an opportunity to incorporating some tenets of 'epistocracy' into Indian democracy. 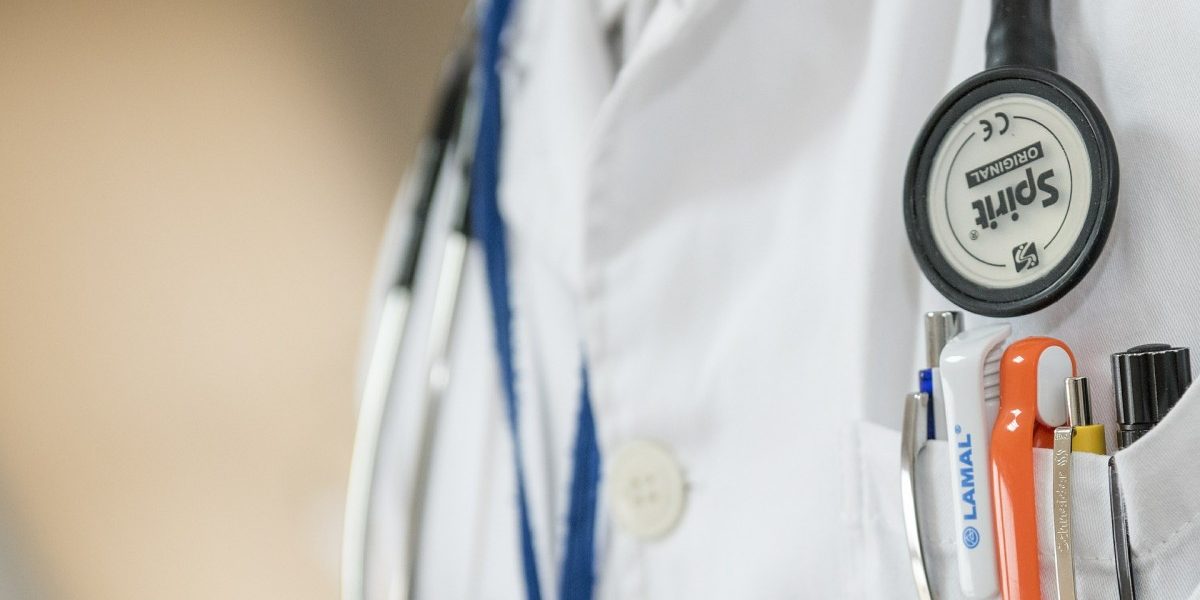 Did our Constitution makers care for the role of ‘expertise’ in deciding who should represent us in parliament? Clearly not, since the only qualification for membership of parliament, as per Article 84 of the constitution, is to be a citizen of India and past the minimum age of requirement.

Moreover, scanning through the constitution, one can see that no special focus has been laid down on emphasising the role of ‘experts’ in helping decide issues that may be of crucial importance to the nation at large. For example, there is no specific requirement that before passing crucial Bills, the view of experts is weighed upon. Nor is there any requirement that the ministers who are in charge of special portfolios have a proven track record in that area. The only concession to expertise anywhere is Article 80 of the Indian constitution, where the president of India has the power to nominate (up to 12 persons) who have ‘special knowledge or practical experience’ in literature, science, art and social service to the Rajya Sabha.

This lack of special emphasis on the value of ‘expertise’ in the Indian constitution has to be seen in its historical context. The freedom movement sought to empower each and every Indian. Therefore, in terms of governance model, inclusiveness was essential – manifested in the recognition of one vote per person without discrimination, and no minimum educational qualification for those who wanted to represent fellow Indians through contested elections.

This democratic appeal was the cause for some of the most cherished achievements of the constitution viz. Article 14 which provides equality for all, Article 15 which prohibits discrimination, Article 17 which abolishes untouchability. However, the lack of adequate emphasis on the role of ‘expertise’ also seems to have taken its toll on Indian democracy, especially when viewed from the lens of our 70 years’ experience.

The failure to intertwine the role of those who are specialists or experts in their field, with those whose primary strength is political arithmetic, has led our parliament to become a sordid reminder of Plato’s warning – where our nation’s ship is not led by the experts but just by whoever gets majority votes. No wonder then, that when the ship of our nation faces rough weather, especially during a heightened emergency, all we can do is pray that the people we have elected will ‘know their job’. The COVID-19 crisis is an illustration of the same.

Consider this. The Indian government has taken amongst the most stringest measures in comparison with other countries thanks to the 40-day lockdown. While the decision should be appreciated, we should also ask if it is the best response that the government could have taken, was it taken at the right time and can the government genuinely claim that it is doing all that it can? For example, if the government was first warned of the impending crisis in January 2020, why did it wait for things to get so serious that it had no option but a total lockdown? Secondly, when experts around the world are suggesting that India needs to test more, why are we still having only 35 tests per million, as opposed to 8,000+ in Germany, Italy and South Korea? India only has 178 laboratories for testing a population of 1.3 billion, which is grossly inadequate.

Similarly, while the thali and diya operations may have symbolic value, why didn’t the government show leadership in apprehending the problems that the lockdown would cause. Thousands of migrants were stuck, thanks to the sudden announcement, having to travel to their cities and towns on foot or being forced to suffer in hunger.

Migrant workers walk towards a bus station along a highway with their families as they return to their villages, during a 21-day nationwide lockdown to limit the spreading of coronavirus disease (COVID-19), in Ghaziabad, on the outskirts of New Delhi, March 29, 2020. Photo: Reuters/Adnan Abidi

While COVID-19 is the immediate case in point, the lack of expertise seems to run like an invisible thread in a majority of the current government’s actions. The lack of any concrete evidence which may suggest that any benefit accrued from demonetisation, never mind the difficulty it put millions of people in, is another case in point in recent memory.

There are examples galore in our 70 years of democratic experience, where those who govern us could have done a much better job. Consequently, the sheen of democracy as a form of governance has lost some of the charm it held for us in 1947. Of course, this begs the quesion, “If not democracy, then what?”

One of the answers in response has been ‘epistocracy’. Simply put, a government run by those who have knowledge or are experts in some way. The critique of democracy and the alternative of epistocracy are best explored (arguably) in Jason Brennan’s 2016 book,  Against Democracy, where he draws upon the idea of J.S. Mill amongst others and presents epistocracy as an alternative – governance by those who have political knowledge.

Also Read: The Right to Vote Should Be Restricted to Those With Knowledge

First, as Larry Bartels and Christopher Achen argue (in their 2016 book Democracy For Realists):

“The historical record leaves little doubt that the educated, including the highly educated, have gone wrong in their moral and political thinking as often as everyone else.”

Secondly, there is the question of who do we consider as ‘experts’, as characterised by Michal Gove’s comment in the light of the Brexit debate in the UK, when he remarked ‘people in this country have had enough of experts.’ He was referring to statements by the governor of the Bank of England, the IMF, the Treasury and the OECD, all of whom had warned against the UK leaving the European Union.

Thanks to these criticisms of epistocracy, it may be less popular an idea to debate for now, but the question remains, are there some aspects of epistocracy that can practically be incorporated in Indian democracy?

But the role of ‘expertise’ in government need not begin or end at this. We need to debate on ‘expertise’ in politics in its widest sense. Who advises the government on key issues; how robust is the debate culture in parliament; how do we promote think tank culture; how do we ensure that important Bills are not passed without comments from experts and stakeholders; and how do we ensure that ministers are given portfolios in which they actually have expertise. For instance, the latter will imply that we have a health minister who really has expertise in ‘public health systems’ beyond a mere medical college degree; and the defence minister is someone who has a proven track record of understanding defence related issues.

While other Western democracies are way ahead in thinking about the role of experts and incorporating them in key leadership positions, in India, we are just beginning to see its value. While the debates in Western democracies are around who should be regarded as an expert, or how to protect over influence by experts through political lobbies, in India, there is no widespread discussion on the need to bring in experts to weigh in on issues that affect us all. How does India treat its experts and can they sustain in highly charged political atmospheres?

For example, the resignation of Raghuram Rajan from the RBI, ex-NITI Aayog vice chairman Arvind Panagariya and ex-chief economic advisor Arvind Subramanian, raised questions about why these men, known for their subject matter expertise, could not continue in the Narendra Modi government. Part of the trouble is that most parliamentarians seem to think that ‘common sense’ is good enough to help them navigate all complex decision making they encounter at the workplace. Perhaps they would do best to heed the advice of sociologist Duncan J. Watts in his 2011 book Everything is Obvious Once You Know The Answer , where he exposes the pitfalls of relying on ‘common sense’ and how it can fail us if relied on for decision making.

When seen in the current times, one wonders why experts have not been explicitly roped in to help steer the nation during the COVID-19 crisis. While some discussions may have taken place at the highest level, the Disaster Management Act (DMA), 2005, which the government has invoked, provides a mechanism to rope in experts, systematically. For example, under the DMA, the government can add experts to the National Disaster Management Authority under Section 5, or it can lay down a national plan which is comprehensive and ropes in experts from healthcare and medical profession, but a perusal of the National Disaster Management Authority’s website shows that no such efforts have been made. More importantly, its four members, other than the prime minister himself, while having considerable expertise in different fields, are no experts in healthcare.

What India needs today is a culture of expertise, where specialists debate their viewpoints on any issue, especially when these issues pertain to life and death questions. These ‘experts’ should not just be ‘Yes men’ to the government as that would belie the whole purpose of expertise in the first place.

If politics continues to remain confined to people whose major talent is political arithmetic and a penchant for emotional connect and rhetoric, then democracy is bound to be a failed experiment. It is time that with all the restructuring, globally and locally, we the people, do some serious rethinking on certain basic qualifications to be laid down for those who represent us. Our constitution provides for ways to do this. This is needed more than ever before, as the stir of ‘expertise’ in decision making, by roping in healthcare and economic experts to weigh in on dealing with the COVID-19 situation, may just be what saves millions of lives.

Avani Bansal is an advocate at the Supreme Court. She is also secretary of the Delhi unit of All India Professionals’ Congress. She can be contacted at advocateavanibansal@gmail.com