In the Age of Faltering Democracies, Noam Chomsky Is More Relevant Than Ever

His book 'Requiem for the American Dream' summarises the US's deepest problems, but also sheds a good bit of light on the current state of Indian democracy. Noam Chomsky is probably the world’s most famous public intellectual. The 90-year-old Professor Emeritus from MIT has penned over a hundred books in his lifetime. His works range from the study of linguistics and the development of language to the causes of war and the condition of democracies around the world. His books are important because they provide a deep and broad understanding of the systemic problems afflicting societies and democracies the world over.

Requiem for the American Dream – The 10 Principles of Concentration of Wealth and Power (2017) is one such book. This masterful volume, which has also been turned into a Netflix documentary, summarises the deepest problems blighting democracy in the US, and interestingly, also sheds a good bit of light on the root causes of the current problems of Indian democracy.

In the introductory chapter to the book, Chomsky explains how in a democracy, public opinion is supposed to influence government policy but more often than not, doesn’t. This he attributes to the influence of the privileged and powerful who have never liked democracy. Chomsky sums up the biggest threat to democracy thus:

Chomsky points out how the wealthy have always exerted an inordinate amount of control over policy. Way back in 1776, Adam Smith in his famous Wealth of Nations, pointed out how the “principal architects of policy” in England were its manufacturers, the people who “owned society” and who made sure that their own interests were well cared for, however grievous the impact on the people of England or on others might have been. In his book, Chomsky describes ten principles that he believes lead to the concentration of wealth and power. So applicable are these principles to India, that while reading them, it is easy to forget that Chomsky is, in fact, referring to the US.

According to Chomsky, Aristotle observed in politics that if Athens were a democracy for free men, the poor could potentially get together and take away the property of the rich. Aristotle’s solution to this problem was to reduce inequality. The solution propounded by the modern day “masters of mankind” on the other hand, has been to reduce democracy.

This has certainly been the case in India, where, especially over the last five years, the institutions that keep democracy strong have come under sustained, massive attack. From weakening the Right to Information Act, to attempting to silence dissenting voices in public universities, the powers that currently govern India are doing their very best to “reduce democracy”. (This is why the Delhi government’s latest educational proposal to teach the Constitution in both private and public schools across Delhi is a small, but important step in reminding Indians at an early age that they are citizens of a democracy, not pawns in an oligarchy.)

Chomsky points out how in the US, the egalitarian movements of the 1960s scared many in the American political establishment that “an excess of democracy” was developing and had to be curtailed. Supreme Court Justice Lewis F. Powell Jr. even issued the infamous ‘Powell Memorandum’ to the Chamber of Commerce, the major business lobby at the time, warning them that business was losing “control” over society and something has to be done to “counter” these forces.

Also Read: Noam Chomsky and the Question of Individual Choice in a Vastly Unequal World

In words that sound uncannily like the ones we hear hurled nowadays in India against universities like JNU, Justice Powell said, “The sources of attack are varied and diffused. They include, not unexpectedly, the Communists, New Leftists and other revolutionaries who would destroy the entire system, both political and economic.”

India, in recent years, has certainly seen a deliberate weakening of the secular ethos promulgated by the framers of the Indian Constitution and the attempted enforcement of a rigid, religious, right-wing ideology in almost every sphere of public life.

Principle No. 3 – Redesign the Economy

In 1997, Alan Greenspan, the head of the Federal Reserve, in a statement to Congress actually explained his success in running the economy as based on what he called “greater worker insecurity”. Chomsky paraphrases Greenspan thus:

Chomsky then wryly notes, “By some theory, that’s considered a healthy economy.”

Compare that now with the Indian scenario. Far from providing employment to two crore Indians annually, the Narendra Modi government’s demonetisation fiasco in 2016 coupled with a badly executed GST barely six months later is, in large measure, responsible for the loss of one crore jobs. Couple that with the prime minister’s glib observation that earning Rs 200 a day making pakoras is also employment and one starts seeing how the “economy is been redesigned” in India as well.

Principle No. 4 – Shift the Burden

Chomsky laments how the tax system in the US has been redesigned so that the very wealthy pay less, while the burden on the rest of the population continues to increase. In India too, the middle class continues to shoulder heavier tax burdens every year, while the ultra rich continue to increase their wealth. India added 18 new billionaires last year, taking the total number to 119. Their total wealth, incidentally, is higher than the Union budget of India for 2018-2019 (Rs 24,422 billion).

The real tragedy here is that if the richest 1% in India were to just pay 0.5% extra tax on their wealth, it could raise enough money to double government spending on health.

Excellent advice for India as well.

Chomsky defines solidarity very simply as “caring for others”. He also points out while the poor and economically disadvantaged desperately need to be shown solidarity, it is of no use to the “masters” who try very hard to destroy it. According to him, “You want to destroy some system? First defund it. Then, it won’t work. People will be angry, and they’ll want something else. It’s a standard technique for privatizing that system.”

The Modi government over the last five years has been a perfect example of this. By underfunding existing several welfare schemes, it has all but destroyed them. Consider education for example. The Central government’s spending on education has been lower than 4% of the total budget every year since 2015-16. At 3.5%, the budget estimate for education in 2018-19 is the lowest in a decade. (Again, by contrast, the Delhi Government’s emphasis on improving public education in Delhi by building thousands of new state-of-the-art classrooms in the hitherto much-maligned government schools, providing world training to its teachers and even introducing a “happiness curriculum” is a perfect example of solidarity in action.) 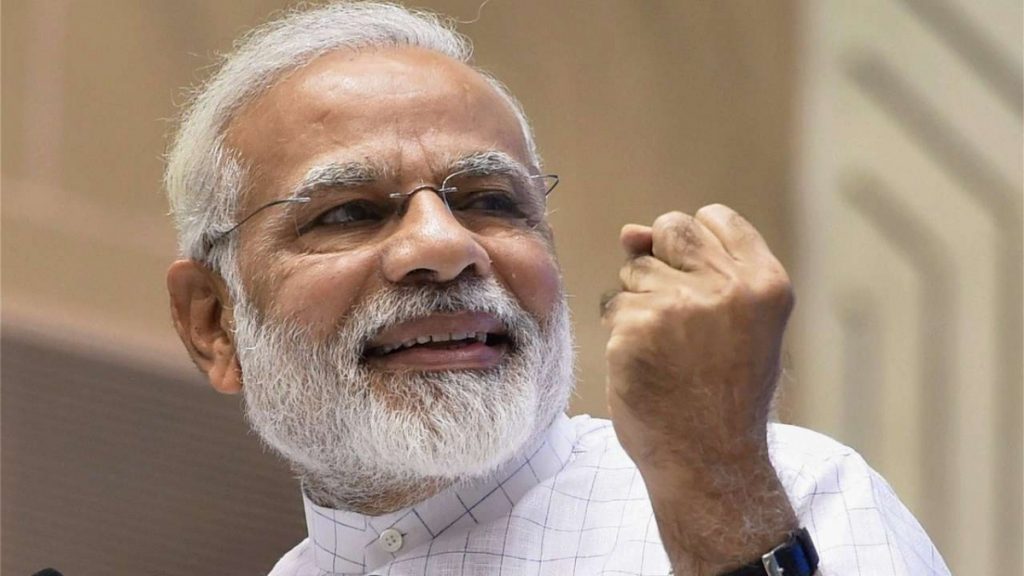 The Narendra Modi government’s demonetisation fiasco in 2016 coupled with a badly executed GST barely six months later is, in large measure, responsible for the loss of one crore jobs. Credit: PTI

Principle No. 6 – Run the Regulators

By undermining important institutions of democracy and installing its own ideologues in top positions in these institutions, the current dispensation in India has set a dark example to the rest of the world on how to ‘run the regulators’.

The resignation of Urjit patel as governor of the RBI, the midnight dismissal of Alok Verma as head of the CBI and the installation of countless proponents of Hindutva in academic, cultural and educational institutions across India go to show just how whole-heartedly this government has adhered to this principle.

In a bizarre 1970s court ruling in the US (Buckley vs Valeo), the courts decided that money is a form of speech and the right of free speech of corporations to spend as much money as they want can’t be curtailed! About this, Chomsky says:

It means that corporations, which anyway have been pretty much buying elections, are now free to do it with virtually no constraint. That’s a tremendous attack on the residue of democracy.

In India too, political parties benefit from the cloak of anonymity afforded by the electoral bond scheme which the current government launched in 2017-18. The BJP turned out to be the biggest beneficiary, bagging 94.5% of the bonds worth a little over Rs 210 crores. In keeping with the anonymity offered to donors under the electoral bond scheme, their identity is not known. A better example of the cozy corporate-politician relationship would be hard to find. 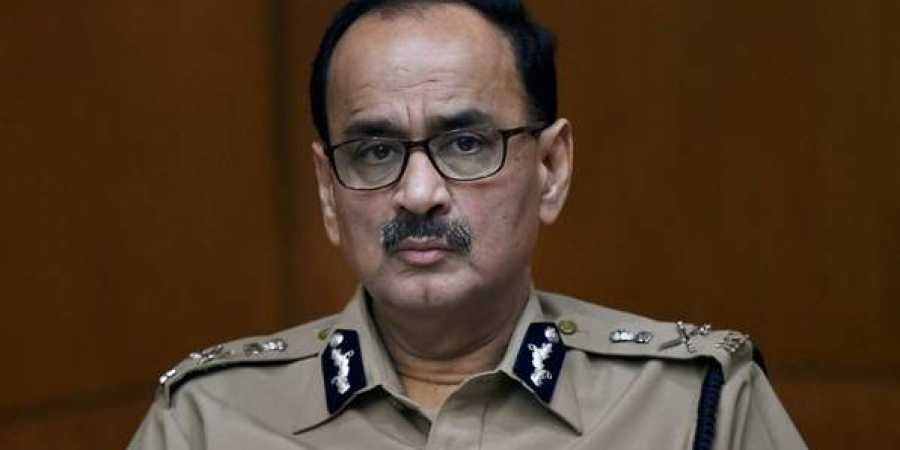 Principle No. 8: Keep ‘the Rabble’ in Line

Organised labour, with all its flaws is the one organised force and barrier to corporate tyranny. A major reason for the concentrated, almost fanatical attack on unions and organised labor is they are a democratising force. They provide a barrier that defends workers’ rights and popular rights, generally.

One need only look at the brutal suppression of protesting workers at the Sterlite Copper smelting plant in Tuticorin in Tamil Nadu last year to see that when it comes to keeping multinational giants in the gravy, the powers that be will not hesitate to use any force necessary to keep ‘the rabble’ in line.

The point of advertising, Chomsky points out, is to create uninformed consumers who will make irrational choices. And when the advertising industry (and the public relations and lobbying industry) run elections, they do it the same way. They aim is to create an uniformed electorate, which will make irrational choices, often against their own interests. Those who hummed Modi’s ‘Achhe Din Aane Wale Hain’ jingle in 2014 are probably wondering exactly where those achhe din are.

The Modi government never quite came out of campaign mode after its stunning victory in the 2014 general elections. In the five years since, it has spent Rs 4,300 crores on advertising, ‘manufacturing consent’ and continues to do so.

Principle No. 10: Marginalise the Population

In 2014, Martin Gilens, a professor of politics at Princeton University came out with a study showing the relationship between public attitudes and public policy. The study showed about that about 70% of the population has no way of influencing public policy. They might as well be in some other country, and they know it! What this has led to is a frustrated population whose unfocused anger has taken on the form of attacks on one another, and on vulnerable targets. This has led to the corrosion of social relations, and the destruction of societal harmony but that is exactly the point – to keep people hating and fearing each other.

It would be difficult to find a more apt description of the Modi years.

If we are to bring our democracy back on track, we the people, and our elected representatives, need to do the opposite of the ten principles mentioned above. Our salvation lies in increasing democracy, building solidarity, restoring autonomy to our democratic institutions, taxing the ultra-wealthy, creating a social security net for those living in poverty, ensuring free and fair elections and giving the marginalised a voice and an opportunity to be an integral part of the Indian economy and society.

Perhaps that, right there, should be the manifesto of the next government of India.