In Reply to Delhi Archbishop's Letter, Rajnath Says Minorities Are Safe in India

The Archbishop of Delhi, in a letter addressed to all churches in the capital had referred to a "turbulent political atmosphere" threatening democracy and secularism and urged all priests to "pray for the country" ahead of the 2019 parliamentary election. 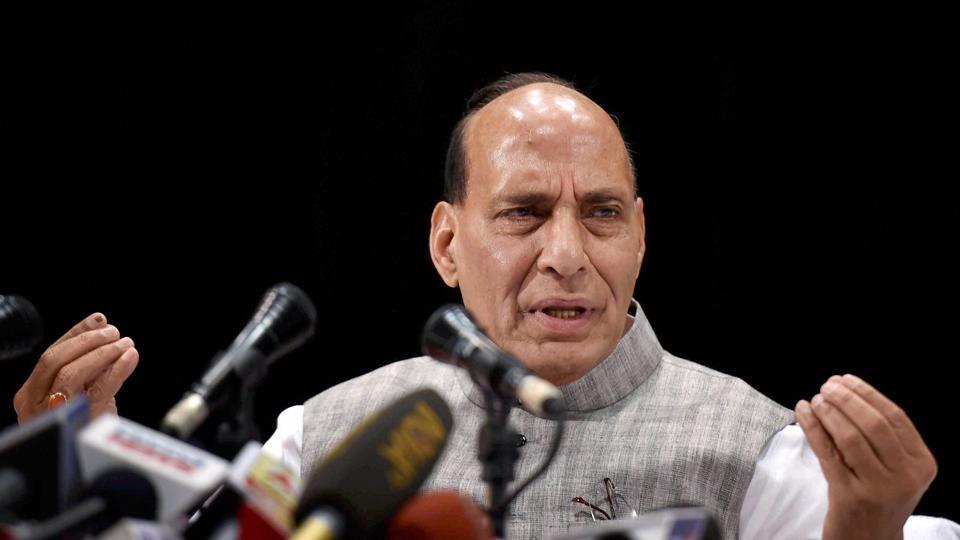 The Wire Staff
Politics
Religion
22/May/2018

New Delhi: Home minister Rajnath Singh today said that India is a country where minorities are safe and no one is allowed to discriminate on the basis of caste and religion, reported ANI. His statement comes after the Archbishop of Delhi Archdiocese, Anil Joseph Couto, in a letter called upon the churches based in Delhi to start a year-long prayer campaign, ahead of the 2019 general elections.

“I have not seen the letter, but I want to say India is one of those countries where minorities are safe and no one is allowed to discriminate on the basis of caste and religion,” he told reporters.

The Archbishop, in a letter dated May 8, addressed to all churches in the capital, had referred to a “turbulent political atmosphere” that is threatening democracy and secularism. He urged all priests to “pray for the country” ahead of the 2019 parliamentary election. The letter doesn’t root for any candidate or party.

“We are witnessing a turbulent political atmosphere which poses a threat to the democratic principles enshrined in our constitution and the secular fabric of our nation,” the Archbishop says at the start of his letter.

“It is our hallowed practice to pray for our country and its political leaders all the time but all the more so when we approach the general elections. As we look forward towards 2019 when we will have new government let us begin a prayer campaign for our country from May 13…” the letter says.

The attached prayer that all churches have been instructed to read out during mass, says: “May the ethose of true democracy envelop our elections with dignity and the flames of honest patriotism enkindle our political leaders. This is our cry, Heavenly Father, in these troubled times as we see the clouds eclipsing the light of truth, justice and freedom.”

Meanwhile, minister of state (independent charge) for micro, small and medium enterprises Giriraj Singh has said, “Every action has a reaction. I won’t take a step that disrupts communal harmony. But if the church asks people to pray so that Modi government isn’t formed, the country will have to think that people from other religions will do ‘kirtan pooja’.”

However, the Archbishop’s office has said it has no political motive in the prayer and has called the it a standard practice before elections.