In ‘Rajputana’, Electoral Contests are Still Being Fought on Medieval Battlefields

BJP runs into trouble with a local Kshatriya group over its choice of Jaipur royal Diya Kumari as one of its candidates but uses the Karni Sena and other Rajput associations to counter claims it has hurt Mewar's "pride". 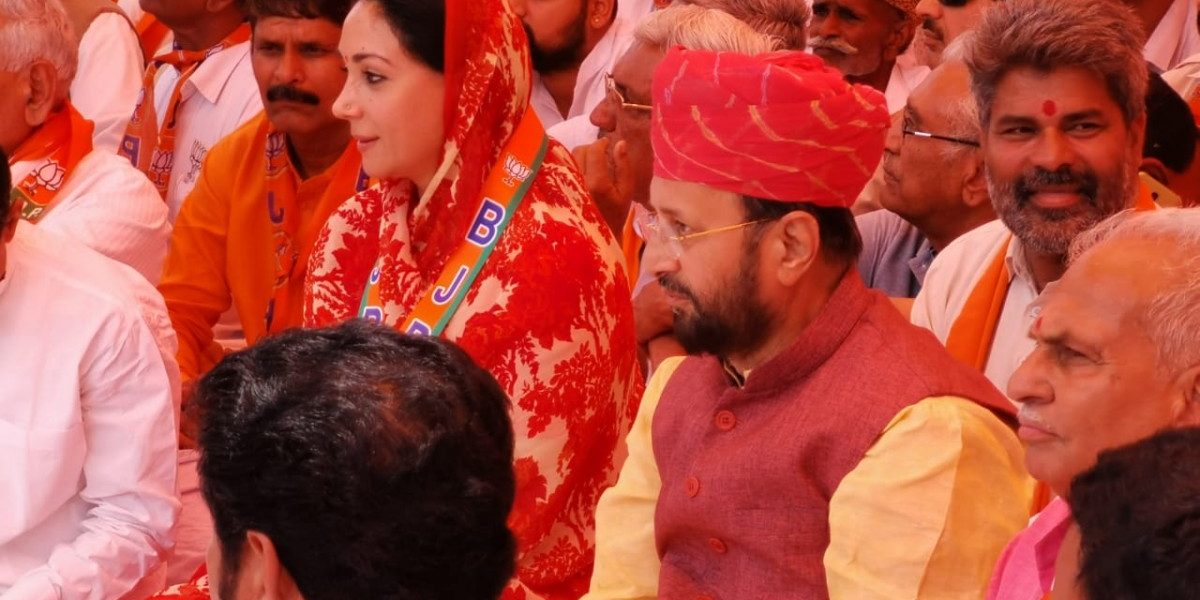 Rajasamund (Rajasthan): Mewar, in southern Rajasthan, is used to living in its medieval glory. Its warrior tales of honour and chivalry resonate across the region. In a country where election speeches often hark back to Ancient India, here the journey back in time stops in the Mughal period, the time of Rana Pratap.

As this region comprising Udaipur, Rajsamand, Bhilwara, Pratapgarh and the ‘Vagad’ constituency of Banswara-Dungarpur, go to the polls on April 29, the dominant Rajput community, has once again transformed the electoral fight into a medieval battlefield. On a recent visit to Rajasamund and Udaipur, a brief 24 hours was all it took to transport me back to this 16th century arena.

Late last month, the local media gathered at a hurriedly called press conference in the heart of Udaipur city. The Mewar Kshatriya Mahasabha, once an unknown entity which has now gained prominence in the age of mahasabhas, was protesting the nomination of Diya Kumari from Jaipur as the BJP candidate from the neighbouring seat of Rajsamund. She is from the erstwhile royal family of Jaipur, known earlier as the princely state of Amber. Wearing a red paag (turban), the president of the Mahasabha Balu Singh Kannavat spoke first. ‘The Kshatriya qaum wants to know why those people (referring to the BJP) is forgetting the precious pages of history. When every child in Mewar, even the unborn one in his mother’s womb remembers Haldighati, how can they forget it?’

In Udaipur, he didn’t have to say more. Five hundred years ago, Diya Kumari’s ancestor, Raja Man Singh, trusted aide to Emperor Akbar, had led the Mughal armies against Rana Pratap in the famous battle of Haldighati.

‘Remember the battle of Haldighati was fought not just by Rajputs but all 36 castes, including the Bhils and now all 36 will oppose Diya Kumari. Mewar did not accept outsiders then, it will not do so now,’ continued the president of the Mahasabha. When asked if there were other issues the Mahasabha felt would be relevant in these elections, the response was simple, ‘What other issue can be more important when the pride of Mewar is in question?’

This pride, or to give it its proper term, ‘sammaan’, is the rallying cry for the Rajput community in the Lok Sabha election. It was also the basis for the community’s anger against the Vasundhra Raje government in the December Assembly elections. Not only had she denied Jaswant Singh a ticket in 2014, her police force had killed Anand Pal Singh from Nagaur in an encounter. Singh was a Robin Hood character popular among the Rajputs for checking the power of their arch rivals, the Jats. Behind this anger was another fact, unstated but clear to every Rajput – that Vasundhara was not one of them.

In September 2018, when Jaswant Singh’s son Manvendra took out a rally against Vasundhra’s government, it was called a ‘Swabhimaan Rally’, and the entire rhetoric was focused on the hurt pride of the Rajputs.

‘The Rajputs taught Vasundhraji a lesson in 2018, now we are warning Modi’s government, Mewar’s pride will be hurt if the state of Jaipur is imposed on us,’ concluded Kannavat.

The real reason for the protest was simpler: once it was clear the BJP was not repeating sitting MP Hariom Rathore, the Kshatriya Mahasabha was keen that its own Rajput candidate be given the BJP ticket from Rajasamund.

Since Udaipur is a reserved tribal seat, and the BJP ticket for Chittorgarh had already been given to a Brahmin, for a large section of the Rajput community the entire focus in this region had shifted to Rajasamund. 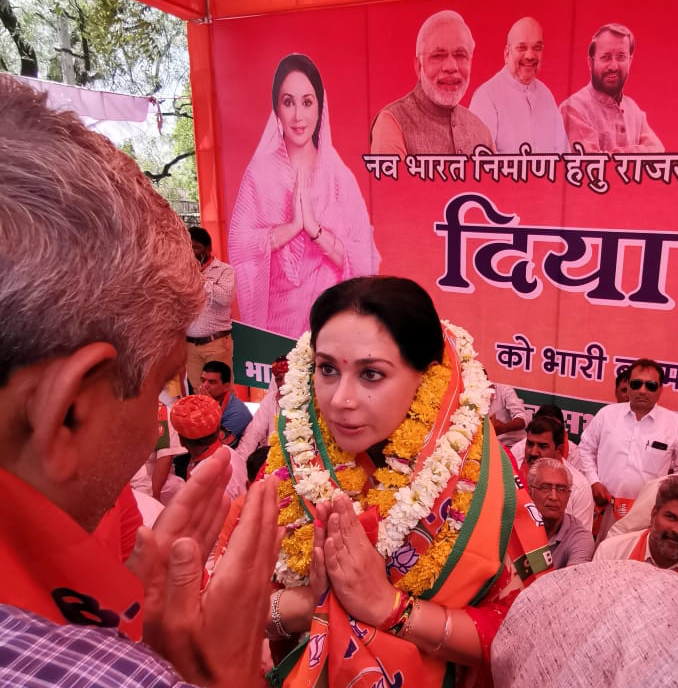 With the press conference, the BJP, which normally thrives on the politics of Rana Pratap, felt its own narrative turn against it. To counteract the anger of the Mewar Kshatriya Mahasabha, it turned to other head-line grabbing Rajput groups such as the Shri Shakti Rajput Samaj, the Rajput Mahasabha and the Karni Sena, which became known nationally for their own fittingly medieval displays against Sanjay Leela Banshali’s film, Padmavat.

The media now eagerly awaited the response of these groups which followed after a few hours of negotiations. The Karni Sena, supposedly angry with the BJP for allowing Bhansali’s film, had earlier been won over by the BJP after the party repeated the ticket of Chandrabhan Singh, a Rajput from the Chittor assembly segment.  All three groups said they would support Diya’s candidature and the BJP.

The next day, as the Udaipur media descended on Rajasamand where Diya Kumari was to file her nomination, she was clearly prepared for the inevitable question. She answered it in the vocabulary it sprung from: ‘If Mewar had such a problem with Jaipur why did they give their daughters to us?’ It was question that was chosen to most effectively silence her detractors.  She went on to answer her own question, ‘The daughter of Udaipur’s Maharana Amar Singh, Princess Chandra Kunwarji was the maharani of Raja Sawai Jaisingh (of Jaipur). Sidsodia Bagh in Jaipur is named in her honour and City Palace, where I live, also bears her name.’

Again, what she did not state was what was clear to everyone in the audience here. Feudal pride is patriarchal, Mewar prides itself on never having given a princess to the Mughals in marriage, but as Diya Kumari noted, it had never regarded Jaipur in the same way.  The verdict was unanimous, she had effectively silenced the Mewar Kshatiriya Mahasabha and other detractors.

It isn’t as if there aren’t other issues that count in these constituencies – for one there is the ubiquitous water shortage. In Udaipur it has led to an alarming drop in the water levels of its iconic lakes. Both Udaipur and Rajasamund are in the heart of the marble mining belt of Rajasthan, and the hills here have been ravaged by incessant quarrying. Infrastructure for those who work in these quarries, dying in large numbers of silicosis, is as medieval as the dominant discourse in this region. But in the face of medieval pride, such afflictions of modernity count for little.

Radhika Bordia is a freelance journalist