In Border Villages of Punjab, a Life of Exclusion and Neglect

Several villagers' agricultural land lies beyond a fence near the border, limiting access to it and inflicting adversity. 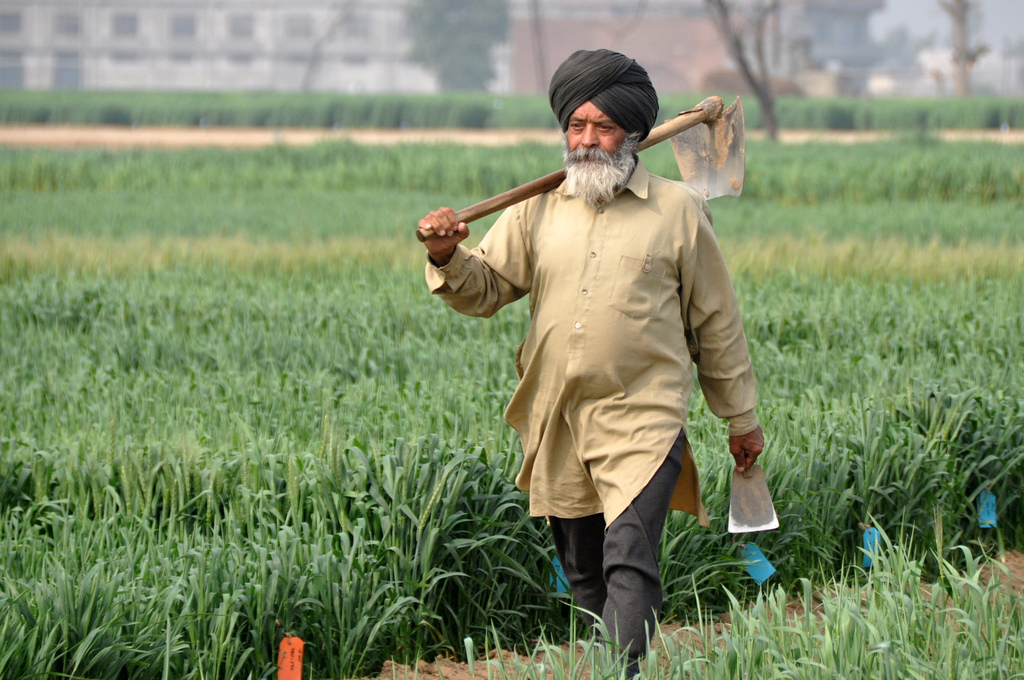 Amritsar: The 19th-century ruler Maharaja Ranjit Singh famously built a bridge over a canal that connected Amritsar to Lahore after his favourite dancer Moran lost her silver sandals while crossing the flooded water channel. The promptness shown by the ruler at the behest of the dancer gave the bridge its name – Pul Kanjari – a derogatory reference to Moran’s caste, Kanjar.

It is said that the bridge catapulted a small village named after the bridge into a blooming trade town, facilitating an easy exchange system between the two sides of river Ravi.

In 1947, the partition of India ended the trade between the two sides, the greatest impact of which was on Pul Kanjari. As fate would have it, the village became the last hamlet on Punjab’s side of the border, reducing it to a thinly-inhabited security outpost along the border.

Today, Border Security Force (BSF) officials welcome you into the village with suspecting eyes. Despite the presence of a well-kept 19th-century hamam and a recently built war memorial reminding you of the village’s glorious past, tourists barely visit the village.

A part of a village called Khurd Kalan, Pul Kanjari is lost in its own memories. The neglect and indifference the nearly 1,000 families have faced from successive governments in the last 70 years is symptomatic of the institutional apathy towards hundreds of villages situated along the Punjab’s side of the border – a stretch of 553 kilometres marked by stones, trenches and bars, crisscrossed by the Ravi and Sutlej rivers.

Known as the Radcliffe line, the border runs across the districts of Gurdaspur, Pathankot, Amritsar, Tarn Taran, Ferozepur, Fazilka in Punjab, and the villages situated within a five-kilometre radius around the border tell a tale of a slow decline and irreparable rupture.

For Khurd Kalan’s resident Gurjinder Singh, cultivating his farm has been a bureaucratic nightmare for years. “At 8:30 every morning, I, along with many other villagers, queue up with a bag full of identity cards and permission letters to get an entry into my own farm. After a thorough check, the BSF officials escort us and our accomplices to our land,” he said.

A majority of Singh’s agricultural holdings is situated outside the barbed wire fence that the BSF erected in the late 1980s to keep a check on the infiltration of terrorists and arm smuggling. The distance from the border to the fence is anywhere between half to three kilometres. Since the area in between is controlled by the BSF, it has adversely affected the livelihoods of many residents of these border villages whose agricultural holdings lie in this no man’s land.

Villagers are barred from entering the land beyond the wires. Only those who own land on the other side are allowed, but only with permission. The entire land holding of several farmers is on the other side of the fence.

“Because of the fence, it has been a daily struggle for us. Each and everything we carry – from lunch boxes, seed bags to farm equipment – is checked. As we do not have free access to our own land, we cannot tend our crop during fog, rains or a storm. We have to work according to the convenience of the BSF officials,” Singh said.

“Our problems of access and mobility have been the same for the last 20 years. Yet, the governments have not made any permanent arrangements for us,” he said.

Khurd Kalan paints a bleak picture of development on all counts. Poor healthcare and primary schooling, inadequate infrastructure and intermittent power supply are among the things that the villagers have learnt to live with. Most residents either never attended school or dropped out early.

Most farmers who own land on the other side of the fence are either small or marginal farmers who do not own any heavy machinery like tractors or threshers. Therefore, these farmers usually rely on getting their heavy machines on rent – a normal practice in the rest of Punjab. But in this border village, each of these machines needs to be registered for temporary use, which is yet another long-drawn bureaucratic struggle every agricultural season.

Such problems often delay their crop cycles, the brunt of which they have to suffer during the time of sale.

The hassle of procuring farm machines has forced these farmers to continue with redundant practices in farming. In such a situation, they have also been forced to depend on labourers who are hard to come by in this thinly populated village.

Their miseries are worsened by the BSF fixing a time for these villagers to farm. “We can enter our farm only from 9 a.m. to 4 p.m. This limits our productivity. For years we have been demanding that we must be allowed to remain in our farms at least until 6 p.m. No one understands that we are struggling to survive,” said Singh even as he blamed successive state government in Punjab for ignoring their plight.

The everyday struggle of border residents is further aggravated by hostile geopolitics. The tense relations with Pakistan have made the situation in these villages even more miserable. The residents of Khurd Kalana complained of being in a constant state of flux.

“The greatest insecurity for us is the lack of permanence. Whenever the relationship between India and Pakistan sours, we are asked to evacuate. In the past four years, we left our village at least 15 times, the last being after the attack on Pathankot airbase,” said Manjeet Brar of Naushera Dhalla, another border village, in Tarn Taran district.

While the governments have often asked the villagers to evacuate, they say that adequate arrangements for their stay are seldom made.

“The Badal government claimed that they made several camps after attack on Pathankot. The leaders were lying. There were no camps for us. All of us went to our relatives’ houses. Some of us stayed in gurdwaras. How does the government expect us to survive during the times of war,” alleged Brar.

Brar also blames the media for indulging in warmongering. “Every day I hear TV anchors calling for a war against Pakistan. Have they ever asked what will happen to us? For months and months, we stay outside leaving our cattle and all belongings back in our homes. We will lose everything if there is a real war,” he said.

Life at the border

The condition of border villages has remained unchanged ever since the fences were erected. Yet, the governments have never been serious enough to address the constant challenges faced by the villagers. As a result, many villagers have been forced to migrate to cities for menial jobs. Many have also chosen to permanently settle in other villages, leaving their properties behind.

According to a study conducted by Jagrup Singh Sekhon, a professor at the Guru Nanak Dev University in Amritsar, more than 17,000 acres of cultivated agricultural land belonging to about 11,000 families from 212 villages lie beyond the fence.

“Usually the entry into agricultural holdings outside the fence in controlled through a single gate manned by BSF officials in every village. The number of entry gates is abysmally low, which means farmers sometimes have to walk for more than two or three kilometres to reach their farms,” Sekhon told The Wire.

In his paper titled ‘Farmers at the Border Belt of Punjab: Fencing and Forced Deprivation’ published by the Cambridge University Press, Sekhon explains that the decision to fence the border in Punjab was taken in 1986 by the popular Shiromani Akali Dal (Longowal) government led by Surjit Singh Barnala.

Barnala, who was the chief minister from 1985-1987, also constituted a high-level committee to look into the problems likely to arise due to the fencing. The committee, after a diligent survey, recommended several steps to be taken before the fences were erected. Some of the significant recommendations included special inconvenience bonus for farmers in border villages, special provisions like adequate electricity, compensation for loss of land, permission to draw canal water, allotment of land for livestock etc. Most importantly, the committee said that the distance between the international border and the fence should not be more than 100 yards.

However, militancy troubles during the period, Pakistani hostility and the imposition of president’s rule in 1987, derailed the entire process. As a result, a large chunk of agricultural holdings were left outside the 462-kilometre-long fence, the impact of which has been severe on the border villages.

“We have a situation where the fence is even three kilometres from the border. And another situation where villages have been turned into prisons. For instance, in Mohan Jamsher – in Fazilka district – the only access to the village is from an iron gate as it is surrounded by Pakistan on all three sides,” said Sekhon.

The largest number of border villages are in Tarn Taran district, followed by Gurdaspur. In each, the experience of deprivation is similar. Punjab goes to the polls on February 4, but all political parties in the fray have once again ignored the persisting problems of the border villages. In a state of 28 million people, the votes of 11,000 struggling families are too few to matter. The transition of Pul Kanjari and other villages like it from vibrant townships to nondescript entities is not something Punjab can be proud of. But does anybody care?