A parliamentary standing committee on home affairs has in its report on the Pathankot air base attack slammed the country's “counter terror security establishment”. 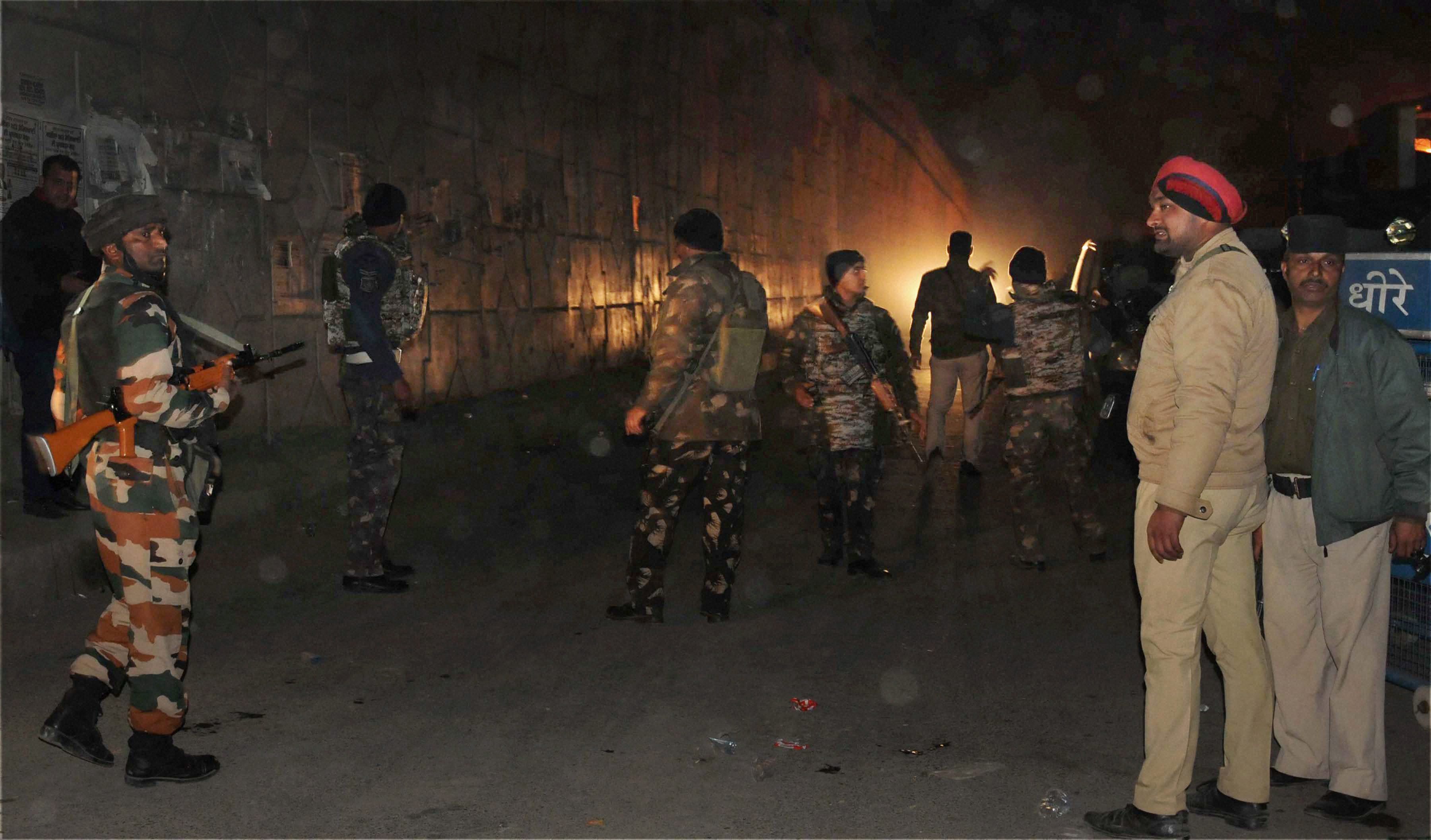 Security forces personnel during their operation against the militants who attacked the Indian Air Force base in Pathankot on Saturday. Credit: PTI Security forces personnel during their operation against the militants who attacked the Indian Air Force base in Pathankot. Credit: PTI

New Delhi: The department-related parliamentary standing committee on home affairs, chaired by P. Bhattacharya and comprising 10 members from the Rajya Sabha and 20 from the Lok Sabha,  has in its report on the Pathankot air base attack slammed the “counter terror security establishment”. It also said something was “seriously wrong” with the counter-terror security apparatus as the terrorists had managed to not only sneak deep inside India but were also able to attack a defence establishment despite a red alert being sounded about their presence and intent.

The panel also questioned the logic behind India inviting Pakistan to assist in the investigation of the attack  after it had become known that its home-bred terror outfit, Jaish e-Mohammad (JeM) was behind the “ghastly terror attack”.

Stating that the role of the JeM terrorists had been “established through interception of calls between terrorists and their handlers based in Pakistan,” made from mobile phones stolen from Gurdaspur superintendent of police Salwinder Singh and his friend, the Committee wondered why India had taken the help of Pakistan in investigation of this case.

“The Committee notes the submission of the Ministry that the NIA is handling the investigation of this case and terrorists belonging to the Jaish-e-Mohammad terrorist outfit based in Pakistan have been found to be behind this attack, but the Committee would like to be apprised what made the Government of India to seek help of Pakistan into investigation,” it said.

The house panel report, however, has done little to solve the mystery on whether there were four or six terrorists involved in the attack. Although it mentioned that “four attackers and two security forces personnel were killed and five more security personnel died of injuries,” it also mentioned the home secretary’s submission on January 5 that while four terrorists had been “certainly neutralised,” two more, “who (were) holed up in a mess building, have in all probability been neutralised”.

The panel mentioned that the Ministry of Home Affairs (MHA) had informed it that on morning of January 1, at around 3:23 am, the Gurdaspur police control room had received information from Singh that some unidentified persons in military uniforms had hijacked his vehicle and kidnapped him along with his friend, Rajesh Verma, and orderly Madan Gopal from Kohlian village in Pathankot district and he and Gopal were subsequently thrown out of the vehicle near Gulpur Simbli in Kanwan.

Thereafter the information was passed on to the Pathankot police control room and a red alert was sounded. The MHA told the committee that Verma was found at Amandeep Hospital in Pathankot with severe head injuries inflicted by the abductors. The vehicle was later found abandoned in the fields of Tajpur village in Pathankot.

Verma told the police that the abductors were talking among themselves about attacking some defence establishment and had taken away his and Singh’s mobile phones.

The MHA submitted that “based on this information, the officers of various agencies, including the Intelligence Bureau, Military Intelligence, Punjab Police, etc., had arrived at the conclusion that the abductors are terrorists, planning an attack on a military establishment.”

The committee said it was told by the home secretary on January 5 that some terrorists had hijacked vehicle in Punjab. “In all probability, they hijacked a vehicle in which a driver was killed. It was an Innova vehicle. Subsequently, they hijacked a private vehicle of one SP in Gurdaspur. who was reportedly coming back from ziyarat-e-dargah, They travelled towards Pathankot, abandoned the vehicle and then they seemed to have entered the Air Force base at Pathankot…”

As for the actual attack on the air base, the home secretary told the panel that the attack began on January 2 at around 3:30 am. In the counter terror operation four attackers and seven security personnel were killed.

Since the terrorists had managed to infiltrate the airbase after a red alert had been sounded, the committee observed that it was “unable to understand that in spite of terror alert sounded well in advance, how terrorists managed to breach the high-security air base”. It said it was also unable to understand how in spite of a terror alert being sounded well in advance the terrorists managed to breach the high security air base and later attacked it.

“The Committee is constrained to note that despite concrete and credible intelligence inputs received from abducted and released Pathankot’s Superintendent of Police and his friend and through interception of communication between terrorists and their handlers by the terrorists disclosing that they were planning an attack on a defence establishment, the security agencies of our country were so ill-prepared to anticipate threats in time and counter them swiftly and decisively,” the panel said.

Declaring that “something is seriously wrong with our counter-terror security establishment,” the panel also questioned how despite the fencing, floodlighting and patrolling by Border Security Force (BSF) personnel, Pakistani terrorists had managed to sneak into India from across the border.

It also termed the role of the Punjab police as ““very questionable and suspicious as even after abduction of Punjab Police SP, the Punjab Police took longtime in arriving at the conclusion that their abduction was not just a criminal robbery but it was going to be a serious national security threat.”

The committee also wondered why the terrorists let off Singh and his friend and demanded that this aspect be thoroughly investigated by the National Investigation Agency, which is investigating the case.

Calling for an investigation into the role of the “narco-syndicate active in border areas of Punjab,” the panel urged the Centre to pay attention to sealing the border through enhanced patrolling, fencing and floodlighting.

At the airbase, which it visited on February 11, the committee said the security cover was not robust and the perimeter wall was poorly guarded. It said the perimeter wall of the airbase did not have a patrolling road around it, there was growth of long shrubs and trees in the premises which might have helped terrorists in hiding and made it difficult for the security forces to flush them out.

The panel has recommended that the airbase be provided round-the-clock patrolling and made out of bounds for people residing around it.

On what preventive measures were being taken to prevent such incidents, the MHA told the house panel that the Multi Agency Centre has been strengthened and reorganised to enable it to work 24×7, and ensure real time collation and sharing of intelligence between the intelligence agencies, the states and the Centre.

The security audit of all security establishments and infrastructure has also been carried out to assess physical security measures so that they may be upgraded if necessary. The MHA said border management has has been strengthened through fencing, use of improved technology, better intelligence and synergising of intelligence flow to prevent infiltration.

To this end, it said, more deployment of BSF personnel has been undertaken along with introduction of technological solutions in ravines, hi-tech surveillance equipment, and installation of 45 laser or infrared detection systems along the border.