Why Project Hindu Rashtra Is Likely to Fail

There will be an inevitable clash between those pushing a Hindutva ideology and those who want social justice, though they may appear to be in sync for the time being.

German social psychologist Erich Fromm argued that every society at a given point in time manages to build a common `social character` where there is a convergence in behavioural patterns.

He says, “It is the function of the social character to shape the energies of the members of society in such a way that their behaviour is not a matter of conscious decision as to whether or not to follow the social pattern, but one of wanting to act as they have to act and at the same time finding gratification in acting according to the requirements of the culture. In other words, it is the social character’s function to mould and channel human energy within a given society for the purpose of the continued functioning of this society.”

The social character becomes an inner drive. What could possibly be the social character that is marking the current moment in India that is lending consent to rightwing authoritarian politics? It is marked by a neoliberal rent-seeking economy where representative democracy has inaugurated an anomaly of newer and much deeper aspirations but with shrinking opportunities that is leading to more insecurity and anxiety.

What is significant about the current aspirations is the refusal to have patronage and ‘do-it-yourself’ kind of psyche and an urge to self-represent rather than be represented by others. The old kind of symbolic empowerment and old symbols of social change too are being rejected to be replaced by more immediate pragmatic options and interests. The best example of this is the Dalit-Bahujan politics that refuses to be represented by others, sees it as patronage and seeks to be independent and to self-represent itself.

It is this combined social character of aspirations beyond patronage but accompanied by uncertainty and insecurity that the Hindutva politics came to ride on. The impatience in aspirations could no longer be contained within the old ‘politics of accommodation’ and institutional language. Hindutva came to signify destruction of the old institutional frame and also release the energies for self-gratification. Hindutva is allowing for a semblance of old kinds of patronage networks to be broken.

The best example is the breakdown of intra-caste hold and allowing smaller castes among Dalits and the OBCs more representation. This sense of mobility is what is driving the consent for Hindutva. However, what Hindutva wishes to do is to replace the old caste patronage with a strong hold of Hindutva-network and replace it with an overarching Hindu identity.

In replacing it with the Hindu identity it wishes to weaken the old caste networks but it also wishes to reinforce old caste supremacy of the caste Hindus. The Hindu identity cannot hold together without the supremacy of the caste Hindu order. As of now, breakdown of immediate caste hierarchies within Dalits and OBCs is coming as a relief and providing for the optics of radical transformation and it is holding on. But the larger design is to weaken caste assertion as such.

This is where the catch is for the project of Hindu Rashtra – how to make this transition from optics of mobility to a new reality of dis-empowerment. This is visible in the way roster for the OBC reservations was tampered, and the gradual shift to making a pitch for reservations on economic criterion and not caste.

Similarly, the National Commission for Backward Classes (NCBC) has agreed to include salary income as a criterion for deciding the ‘creamy layer’. On the one hand, the current government is introducing salary criterion and on the other introducing sub-division of reservations to allow for smaller OBC groups to avail reservations through the pending recommendations of the Rohini Commission, but what it will end-up is shifting to an economic criterion and making the most eligible to avail of reservations simply ineligible. 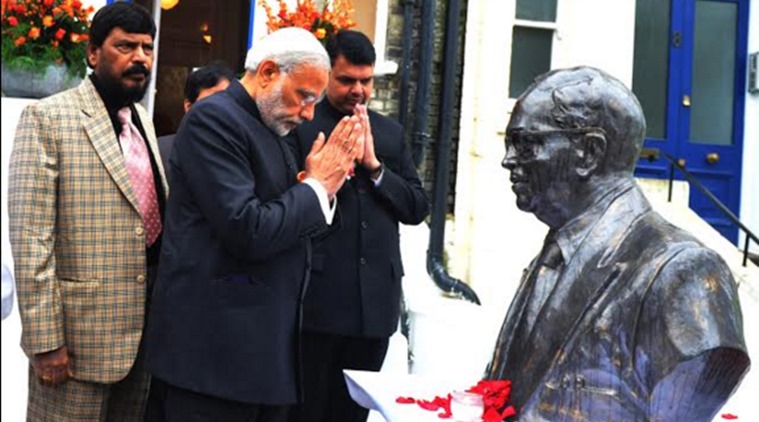 Nobody in the smaller OBC groups would be eligible since without basic income they would have had no opportunity to complete primary education. It is akin to the strategy of Triple Talaq, where the husband seeking divorce is criminalised, and the women have no provision for alimony. In effect, women cannot stand to benefit but the community gets criminalised and disempowered.

The key driving force for rebooted Hinduisation of various sections of the society is the underlying promise of social mobility. Hindutva succeeded so far in presenting this picture to differently located social groups. Since the source of consenting to Hindutva ideology is pragmatic interests, greater mobility and representation, how would it pan out if those interests are not delivered or when social groups begin to feel they are being undermined in the name of mobility. This is where changes to the education system, and use of force and intimidation become key to hold the project to make the transition to a new social order called Hindu Rashtra.

The imagination of Hindu Rashtra may be at variance with the social character that it is building on. Will Hindu Rashtra, as a new social order, be able to continue with this project of aspirations without patronage? Or will it end up as a project instituting insecurity and uncertainty without space for aspirations?

The project as it stands today is attempting to convert the old caste networks and patronage into an ideological and organisational network. In fact, NRC and CAA is not merely about disempowering Muslims but also about creating, based on the information gathered, new party-oriented networks of beneficiaries. It is those within these new networks who will stand to benefit and others will necessarily stand to lose, something not very different from what has been happening in states like West Bengal, where many of the welfare policies are routed through the party and not through institutions and it has often been referred to as the ‘party society‘ except that this would be more ideologically oriented and not merely transactional.

This is already visible within institutions, especially in the university system; you need to be part of the Hindutva network to benefit – no other institutional criterion matters to qualify for a job. The recent appointments of faculty in various universities even included those without basic qualifications but those perceived to be in ideological alignment.

This we will get to witness on a larger scale with regards to jobs, subsidies and other welfare policies. This switchover would obviously require to be accompanied by violence and intimidation that are again already visible in the public domain with regard to cases against anti-CAA activists and cases related to Bhima Koregaon.

How would aspirational social groups respond to this new kind of Hindutva patronage having aspired for breaking loose the old kind of local caste networks? How would they respond to a new tyranny of violence and intimidation having wanted to reject the tyranny of old patronage networks of caste?

Will religion and nationalism provide enough moral justification to make this switch from the optics of mobility to insertion into Hindutva patronage? It is difficult to second guess but what is certain is the social character that is the source for current consent to Hindutva will be at variance with the new social order being envisaged and this is where the project might face a stiff resistance and might even fail to fructify.

It is important to note that aspiration for social justice and mobility is at the root of support for the Hindutva politics but this is not a central motivation for the latter and thus conflicts within Dalits and the OBCs and those between them cannot be managed through a common Hindu identity. This conflict is bound to take a shape that we are not very clear at the moment. Those opposed to the majoritarian politics need to present an alternative that can provide for mobility and unity through transformative policies such as land reforms, common and public education system and basic income that can abate social prejudices and provide for economic mobility.