The Supreme Court in a 1995 judgement, blithely conflated ‘Hinduism’ and ‘Hindutva’. What's more, it was drawing on a 1966 judgement that concluded that Hinduism “may broadly be described as a way of life” rather than a religion per se.

Hindu nationalists have always claimed Hinduism to be innately – and uniquely – endowed with the virtue of tolerance. Credit: Wikimedia Commons 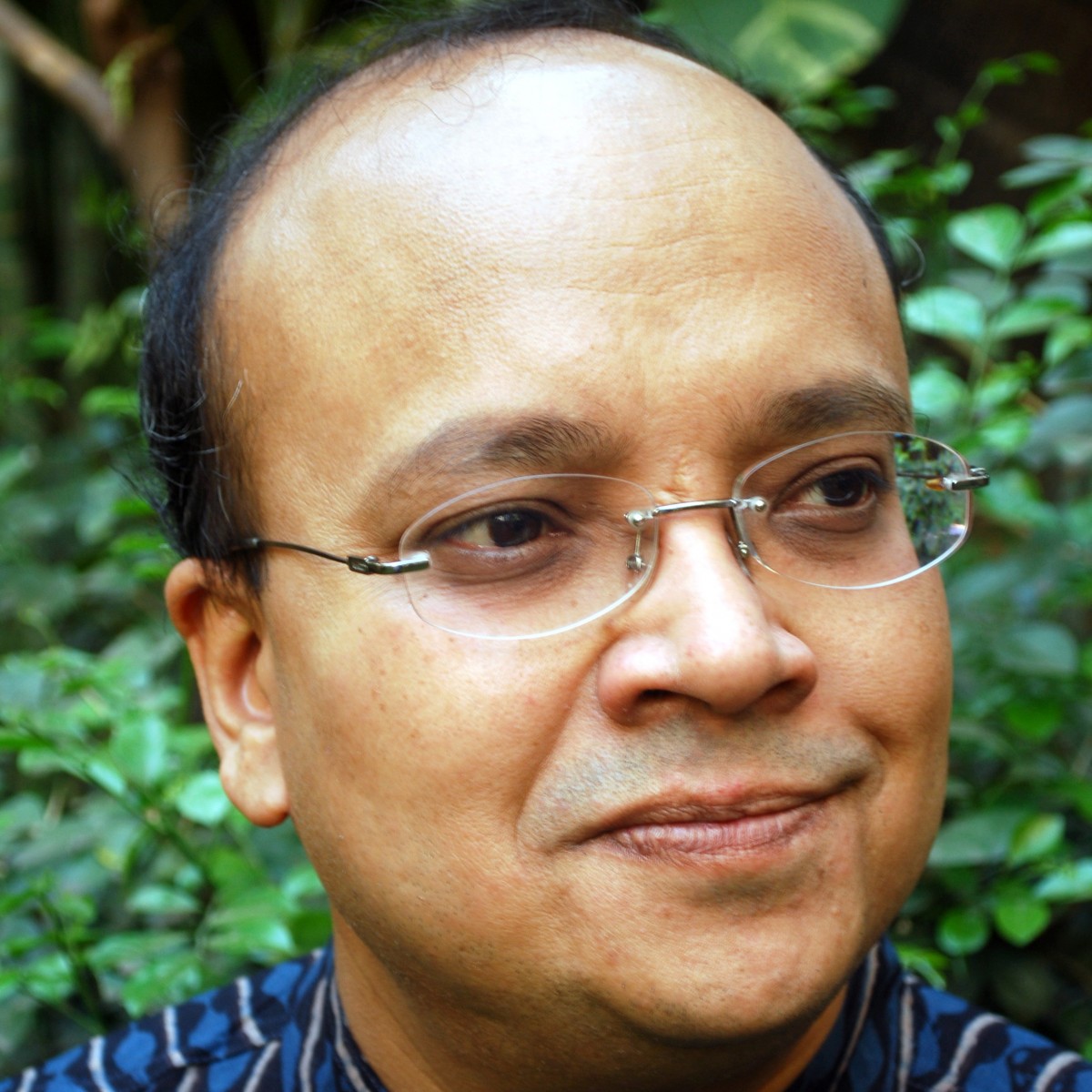 In 1966, the Supreme Court handed down a landmark judgment. Written by Chief Justice P.B. Gajendragadkar with the concurrence of four other judges, the judgment excoriated the Swaminarayan sect for waging a two-decade legal battle to protect its temples from entry by persons belonging to the erstwhile ‘untouchable’ castes. The judgment asserted that the sect’s behaviour was “founded on superstition, ignorance and complete misunderstanding of the true teachings of the Hindu religion”. The judgment extolled ‘true’ Hinduism as “broad and progressive”, lacking the “narrow features” of other religions (which were not named). The judgment concluded that Hinduism “may broadly be described as a way of life” rather than a religion per se.

In a critique of the judgment published in 1971, the scholar Marc Galanter asked acidly: “Is the Supreme Court a forum for promulgating official interpretations of Hinduism? Is it a Supreme Court of Hinduism? What equips judges to prescribe the nature and content of Hinduism?” He observed that since the Constitution’s Articles 25 and 26, read in this instance with Article 17, which bans the practice of ‘untouchability’ in any form, “establish the primacy of public interests over religious claims and provide a wide scope for governmentally sponsored reforms”, the Supreme Court simply needed “to authorise state use of this power” in the Swaminarayan case. For that, “it was necessary only to construe the scope of this power…[and] not necessary to consider the nature of Hinduism per se”. But the Supreme Court opted to fly “the banner of ‘true’ Hinduism rather than that of secular modernism”. Galanter warned that this “use of religious justifications is not without danger”.

The warning proved prescient. In 1995, the Supreme Court handed down another landmark judgment, authored by Justice J.S. Verma. Drawing heavily on the 1966 judgment’s view of Hinduism, it asserted:

In 1966, the Indian secular state appeared secure. In vastly changed political circumstances three decades later, the 1995 judgment came as manna from heaven for the Hindu nationalists ascendant in India’s politics. The Rashtriya Swayamsevak Sangh immediately published a celebratory booklet titled Supreme Court Judgment on Hindutva: A Way of Life, which went into its fourth printing in 2015. The Bharatiya Janata Party declared in 1999: “Every effort to characterise Hindutva as a sectarian or exclusive idea has failed as the people of India have repeatedly rejected such a view, and the Supreme Court, too, [has] finally endorsed the true meaning and content of Hindutva”.

The 1995 judgment’s most obvious flaw is that it blithely conflated ‘Hinduism’ and ‘Hindutva’. But, as the scholar Gary Jacobsohn noted in 2003, it is the “benign depiction of Hinduism [emphasis in the original] as a way of life that has deeper implications for…Indian secularism”.

Indeed. Hindu nationalists have always claimed Hinduism to be innately – and uniquely – endowed with the virtue of tolerance. Madhav Sadashiv Golwalkar wrote in the late 1930s that “the average Hindu mind” is defined by “the spirit of broad Catholicism, generosity, toleration, truth, sacrifice, and love for all life”. “The spread of Islam”, he added by way of contrast, “was the same old tale of invasion, with its attendant massacres, devastation, destruction, loot and arson, violating all sacred places, and forced conversion to the faith of the ready executioner, [everywhere] repeated in all its hideousness”.

In the late 1960s, the RSS chief added Christianity to the binary dichotomy between tolerant Hinduism and intolerant other faiths. He wrote: “Are we not aware of the atrocious history of Christian missionaries in our own country?…There is the story of ‘Saint’ [Francis] Xavier, who used to experience the highest joy when he saw the new converts trampling on their former gods and goddesses, razing their temples and insulting their parents and elders who [had] remained Hindus”.

That Hindu nationalist discourse extols Hinduism and impugns other religions is no surprise. What is, or should be, more surprising is that the same claim has been a staple of Indian state-secularist discourse since at least the 1960s. In 1966, M.C. Setalvad, who had served as the Government of India’s attorney-general from 1950 to 1963, delivered that year’s Sardar Patel Memorial Lecture on the topic, ‘Secularism in India’. This was broadcast over two evenings on All India Radio, and published in 1967 as a booklet titled ‘Secularism’ by the publications division of the Government of India’s ministry of information and broadcasting.

The Hindu view of life necessarily makes for toleration…Unlike Buddhism and Islam, Hinduism has not been a missionary religion. The Hindu State [sic] never attempted to impose a particular religion upon its people. Various creeds were permitted to practice and even propagate their faiths, build their places of worship and live in their own way. Thus ancient India could well be said to have a tradition of secularism…the essential spirit of Indian culture is Hindu.

Islam, the religion over 10% of the population of India, is based on a totally different philosophy. It approaches with intensity the mission of establishing a divinely revealed religion and social order. The very existence of religions other than Islam would seem to be forbidden by it.

Setalvad, the top legal official of the Nehruvian secular state, could have been asked how the subcontinent remained a solidly Hindu-majority society, and with a multiplicity of other faiths as well, after nearly a millennium of such allegedly totalitarian Muslim rulerships. He could also have been queried on the Sunni-Islamic Ottoman Empire, which institutionalised its policy of tolerance of religious diversity through the millet system, which granted confessional and cultural autonomy to the vast, sprawling Empire’s non-Muslim – mainly Christian – subjects.

The conflation of secularism with Hinduism became a permanent and prominent feature of state-secularist discourse. Thus the Congress party’s working committee declared in 1999 the “basic truth” that “Hinduism is the most effective guarantor of secularism in India”. Days earlier, party president Sonia Gandhi had said in a speech that “India is secular primarily because [of] Hinduism”, and accused the Sangh parivar of “spreading the politics of hate and antagonism, rejecting the secular foundations of our ancient civilisation, and distorting the very message of Hinduism – tolerance, harmony and understanding of different faiths”.

A BJP vice-president responded immediately on behalf of his party: “The [CWC] resolution has correctly stated that Hinduism is the most effective guarantor of secularism in India…for the Congress, secularism has been a matter of electoral expediency. Its so-called secularism, essentially targeted against the majority community, has always been mortgaged to vote-bank politics…The BJP hopes the CWC resolution marks a genuine change of heart”.

There are three major problems with the state-secularist syndrome of locating the Indian secular state in the innate and unique virtues of Hinduism.

First, it suggests that India’s secular state has not been based on a truly impartial, neutral view that regards all faiths as equally valuable and equally intrinsic to the nation’s fabric. This is very damaging to India’s secular credentials, because such impartiality/neutrality is the sine qua non of a secular state. A soft Hindu state, based on Hindu tolerance of confessional diversity, is not the same as a secular state that holds all faiths in equal esteem, but one in which minorities live on the sufferance of the majority, due to the kindness and generosity inherent in the majority faith.

Second, the argument demeans other faiths as inferior to uniquely benevolent Hinduism – usually implicitly in the liberal, pro-secular formulation, and explicitly in its Hindu nationalist version (hideous Islam and atrocious Christianity, in Golwalkar-speak). Contra the idealised notion of Hindu tolerance, it can be argued – and without demeaning Hinduism in any way – that there is no such thing as an essentially tolerant or an essentially intolerant religion, that all religions have both tolerant and intolerant traits, and that all religions can assume a tolerant or an intolerant incarnation depending on context, circumstances and articulation. The claim of unique goodness/greatness is in effect a claim of superiority over others – viz. other “narrow” religions in the wording of the 1966 Supreme Court judgment (whose author, Chief Justice Gajendragadkar, was known for his staunchly pro-secular convictions). There can be a very fine line between a well-meaning belief of superiority and a brazen discourse of supremacy.

Third and most dangerous, grounding the Indian secular state in the uniquely tolerant virtue of Hinduism leads logically to the conclusion that there is no need for a secular state as such. India can simply be a Hindu State in which the majority faith’s innate nature will ensure a paradise for all, Hindus and non-Hindus alike.

Whether the binary distinction made by professed secularists between the good, enlightened Hindu and the bad, bigoted Hindu is in fact the best defence of secular values against Hindutva’s majoritarian assault – or whether it actually represents the proverbial slippery slope and always has – should be seriously pondered.

Sumantra Bose is Professor of International and Comparative Politics at the London School of Economics and Political Science (LSE) and the author, most recently, of Secular States, Religious Politics: India, Turkey, and the Future of Secularism (Cambridge University Press, 2018).