Rajeev Bindal said though he had no connection to the alleged scam, he was stepping down to allow an impartial probe. 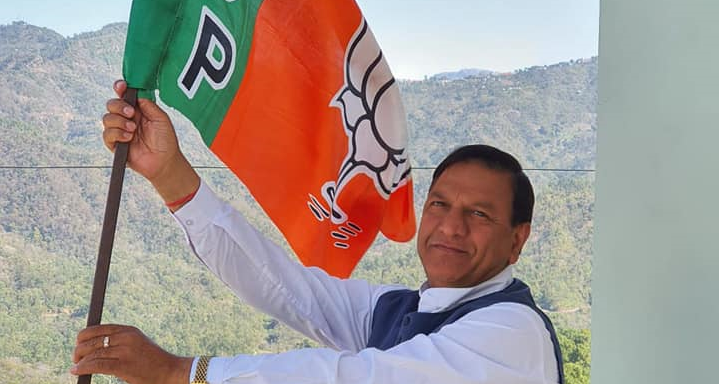 The Wire Staff
Government
Politics
28/May/2020

New Delhi: With allegations of corruption in the procurement of medical supplies for the COVID-19 pandemic clouding the Himachal Pradesh government, the BJP’s state unit president Rajeev Bindal resigned from his post on Wednesday on ‘moral grounds’. The resignation comes within four-and-a-half months of his appointment, with Bindal saying he was stepping down to ensure a proper investigation into the case of alleged corruption by a health department official.

In a resignation letter sent to BJP president J.P. Nadda, Bindal said he was tendering his resignation on “high moral grounds (sic)”.

The resignation comes a week after health services director Ajay Kumar Gupta was arrested on May 20 by the State Vigilance and Anti Corruption Bureau after a 43-second audio clip went viral, in which he purportedly asks the other person for a bribe of Rs 5 lakh.

The Opposition Congress had used this audio clip to target the government, with the party’s state in-charge Rajni Patil alleging that the person heard “offering the bribe” is a “ruling party leader”.

Bindal, who became the state BJP president on January 18 after resigning as assembly speaker, said he had quit to ensure that the case is thoroughly investigated. The party’s national president has accepted his resignation, according to news agency PTI.

Chief minister Jairam Thakur accused the opposition of trying to raise the issue unnecessarily and, therefore, Bindal resigned on his own on “moral grounds”.

The Congress continued to attack the government, saying the BJP cannot rid itself of the “sin of corruption”. In a joint statement, state Congress president Kuldeep Singh Rathore and legislature party leader Mukesh Agnihotri said CM Thakur cannot evade moral responsibility as he also holds additional charge of the health department. They demanded that the probe into the scam should be entrusted to a sitting high court judge, as the Congress had no faith in the probe being conducted by the vigilance bureau.

Meanwhile, Bindal’s resignation has been welcome by two former chief ministers. Shanta Kumar, a former CM from the BJP, said the alleged scam made him want to “bow one’s head in shame”. P.K. Dhumal, also welcomed the step.

According to the Indian Express, SP Shalini Agnihotri of the special investigation unit probing the case said the bureau had verified the contents of the audio clip “through sources”.

“The investigation points towards corruption in the purchase of various medical supplies and equipment from February onward. These purchases involved multiple suppliers, including those from outside the state,” she said.

ADG Anurag Garg had stated that Gupta was arrested after questioning, during which he was “evasive” and “misleading”, adding that he “showed selective amnesia in recalling the events of the past couple of days”.

“The mobile phone and voice samples of both Gupta and the other person have been sent to a laboratory for forensic examination,” he said.