High Court to Yogi: Choice of Food is Part of Citizen's Right to Life

Inaction of state government to regulate abattoirs in the past cannot be a shield for imposing "a state of almost prohibition” on meat, says Allahabad high court. 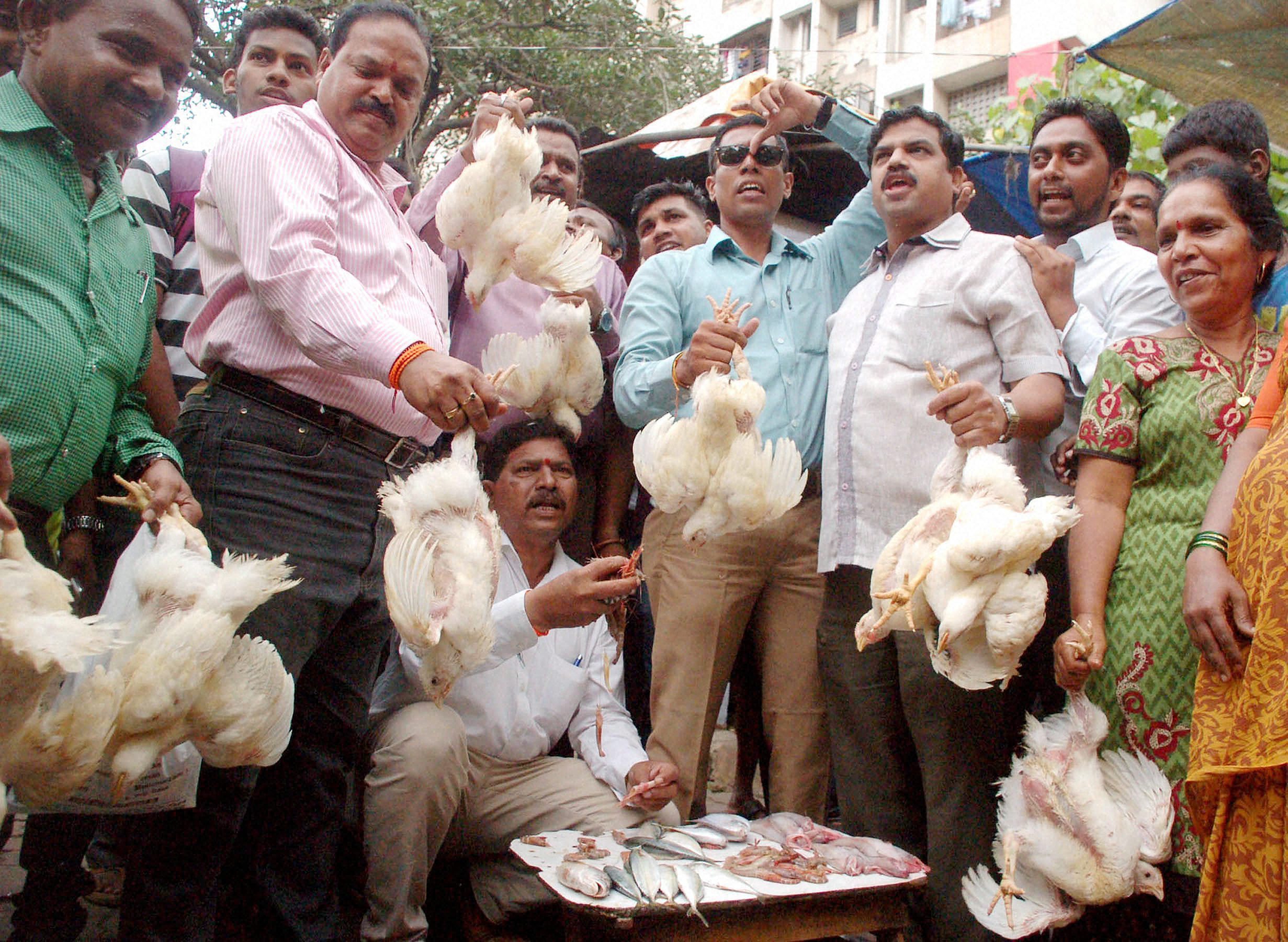 Noting that food habits are an essential part of UP’s secular culture, the Allahabad high court held that food and trade in foodstuff is constitutionally guaranteed under the right to live. The Lucknow bench of the high court was ruling on a petition brought forward by a petty meat retailer about a delay in the renewal of his license, which was causing him a loss in business, Live Law reported.

The bench took aim at the “prima facie” complete prohibition of meat in UP since the new chief minister launched a crackdown on illegal slaughterhouses in the state, saying, “Food that is conducive to health cannot be treated as a wrong choice,” and that it is the state’s duty to ensure its provision, Hindustan Times reported.

The state government contended that it was acting in compliance with a Supreme Court ruling and targeting only illegal establishments. However, the high court bench ruled that government inaction “should not be a shield for imposing a state of almost prohibition.”

Additionally, the judgment also criticised the abruptness with which the crackdown was enacted, resulting in the closure of several slaughterhouses and meat-serving restaurants, like Lucknow’s famous Tunday Kebab due to a lack of supply.

On this count, the court listed out a number of concerns which need to be deliberated upon before “overt or covert action” is taken by the government. The list of concerns covered under the secular umbrella of the constitution includes, “health, culture, personal food habits, the socio-economic status of the society, the availability of foodstuff at affordable prices, the convenience of availability, the contents, quality and strength of foodstuff essential to life, ” Live Law reported.

The court did not disagree with the crackdown on illegal slaughterhouses but added that there should be provisions for the legal slaughtering and selling of the meat from various animals including goat, bovine, poultry and fish.

“To provide an immediate check on unlawful activity should be simultaneous with facilitating the carrying of lawful activity, particularly that relating to food, food habits and vending thereof that is undisputedly connected with the right to life and livelihood,” justice Amreshwar Pratap Sahi and justice Sanjai Harkauli said on April 3 according to the Hindustan Times.

According to the court, the “non-availability” of legal slaughtering facilities is the “major concern” that has resulted in the current problem facing the state’s meat producers and consumers. To rectify this, the court drew a distinction between urban and rural areas, identifying municipal corporations and zila panchayats as the respective bodies responsible for creating such facilities at the local level. The court thinks will help prevent the impinging of people’s fundamental rights – not only the livelihoods of those involved in trading meat but also consumers, and public life in general.

The bench has urged the state government to discuss and address these issues. Dheeraj Srivastava, the government’s representative, told Hindustan Times that the chief secretary will be chairing a meeting soon to decide on the illegal slaughterhouse issue.

The next hearing in the case is scheduled for April 13.