Several prominent Opposition leaders from various former BJP-allied parties have been invited to the Haryana rally, organised by the INLD on September 25. 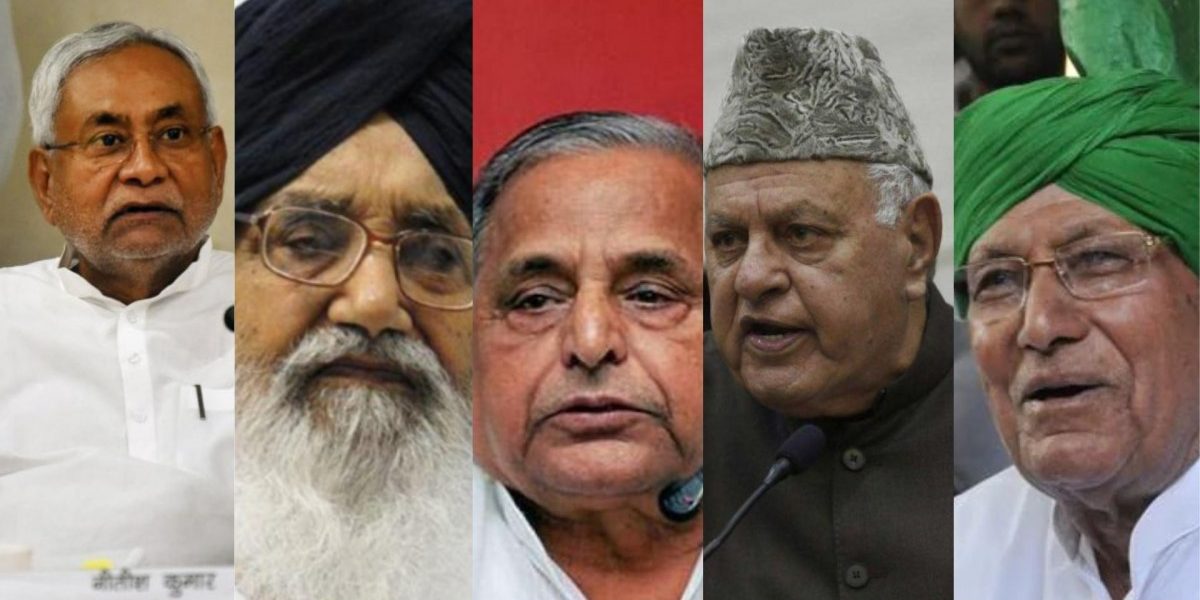 New Delhi: In 1989, then Janata Dal leader Chaudhary Devi Lal had played a crucial role in forming a non-Congress Union government under the leadership of V.P. Singh. Over three decades later, his son and Indian National Lok Dal (INLD) leader, Om Prakash Chautala, is making a fervent attempt to not only depose the Bharatiya Janata Party (BJP) government in Haryana, but also to provide a non-BJP alternative at the centre.

This year, on the occasion of Devi Lal’s birth anniversary on September 25, the INLD has organised a ‘Samman Divas rally’ (roughly, ‘honour day’ rally) in Haryana’s Fatehabad.

The rally is significant as the INLD is using the occasion to bring together several former allies of the BJP on a common platform as part of an effort to stitch up a grand alliance against the saffron party which is, at present, in power in both the Haryana and Union governments.

While it remains to be seen who among the invitees will ultimately turn up for this gala event, the rally is significant as it comes at a time when several regional parties who were once allies of the BJP are now looking an alternative to it at the Union level, as well as in various states.

From anti-Congressism to anti-BJP polarisation

Talking to The Wire, JD(U) spokesperson Niraj Kumar said that for his party, the rally in remembrance of Devi Lal is important because he came from a socialist background and was instrumental in the rise of the Janata Dal in Bihar, too. Kumar also recalled that party leader Nitish Kumar and Devi Lal had worked together when they were in the Janata Dal.

Incidentally, Nitish Kumar was in the Janata Dal when he became an MLA in Bihar for the first time in 1985. Devi Lal became the deputy prime minister in the V.P. Singh-led Janata Dal government in 1989. 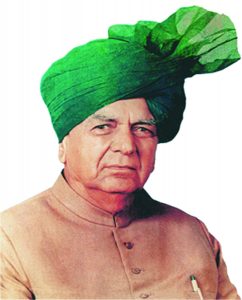 On the significance of the timing of the rally, the JD(U) spokesperson said his party’s national president, Rajiv Ranjan, had only recently said that the party would hold discussions with other regional and national parties to form an anti-BJP alliance. He said Ranjan had also announced that Nitish Kumar would himself be getting in touch with leaders of various Opposition parties.

Earlier this month, the JD(U) had parted ways with the BJP and formed a government in Bihar with the RJD while enlisting the support of the Congress. Elaborating on what the JD(U) now desires, the party spokesperson said: “Our priority would be to minimise the BJP to as great an extent as possible. We would like to establish an alternative politics. Our agenda should be clear – that in 2024, we want to remove the BJP.”

Also read: The Inside Story of How Nitish Kumar Gave BJP a Taste of Its Own Medicine

Nitish a known ‘performer’, but no talk on his assuming national leadership

The JD(U) spokesperson also said the fact that Nitish Kumar has been invited to the Haryana event was significant because he has a personality and volume of work which has been appreciated. “Moreover, in socialist politics, everyone acknowledges his role as a performer.”

On the issue of the Aam Aadmi Party (AAP) declaring that the 2024 general election will be an Arvind Kejriwal versus Narendra Modi contest, Kumar said there has been no talk around the leadership issue till date within the JD(U), nor has the party made any such claim. “Our party has never said that our leader will be the [prime ministerial] candidate. What we have done is establish our political priorities, and that is what we want others to follow as well. At least that is our desire.”

As for the AAP, he said it, too, would have to take a call on how to face the challenge posed by the BJP.

While several smaller parties, including the INLD, rose in the past on the anti-Congress plank, now, when the BJP is in power at the centre, they may have to recalibrate their priorities as the ‘Grand Old Party’ is no longer the main opponent of regional ones. As such, the JD(U) spokesperson said: “It is only when the Congress and other opposition parties in the country fight together that they will be able to pose a significant challenge to the BJP.”

Also read: A Unified Opposition, With Congress as its Pivot, Is Must to Take on BJP in 2024

The JD(U) spokesperson, whose party was backed by the Congress in Bihar earlier this month, said his party’s agenda was only “anti-BJP polarisation” and that it was not in favour of having an ‘anti-Congress’ approach.

In the case of Haryana, where the Congress was in power before the BJP unseated it in 2014, Kumar said the JD(U) would like to bring all parties together to take on the BJP. “The country is facing a big crisis at the moment and faces a severe challenge in 2024. Our national president has already stated that it is a matter of just 40 Lok Sabha seats at the national level. Also, there is a belief that in Bihar, Jharkhand and West Bengal alone, the Opposition can cover these many seats. But it would be even better if all other parties work to this end across the nation.”

An interesting aspect of the Fatehabad rally is that at least two of the big leaders due to be present there – O.P. Chautala and Lalu Prasad – ruled their states for multiple terms but ended up in prison on corruption charges. In their absence, their parties have been run by their sons – Abhay Singh Chautala and Tejasvi Yadav, respectively. However, the patriarchs still hold considerable sway of their own.

In Haryana, which goes to polls in end-2024, the BJP is ruling in an alliance with the Jannayak Janata Party, a splinter group of the INLD. The JJP is led by deputy chief minister Dushyant Chautala and his father, Ajay Chautala – the elder son of O.P. Chautala.

After JD(U)-RJD in Bihar, will INLD stitch an alliance with Congress in Haryana?

Both the Congress and the INLD draw their strength in Haryana from the Jat voters. Former Congress chief minister Bhupinder Singh Hooda remains, by far, the strongest party leader in the state. With the coming in of Bihar leaders, who recently allied with the Congress, it remains to be seen if the INLD would get an opportunity to get close to the Congress in Haryana, as that could pose a serious challenge to the BJP-JJP alliance.

The senior Chautala realises this and had, while speaking at a state executive meeting of the INLD last week, said that the Fatehabad rally would bring like-minded leaders together on a common platform. The INLD is now sensing an opportunity in Haryana.

Recently, Abhay Chautala and party state president Nafe Singh Rathee accused the ruling BJP-JJP government of looting the state. They alleged that under this government, the farmers and all other sections of the society were feeling suppressed.

With the farmers on one side and the state and Union governments on the other with respect to the three farm bills, the Agnipath scheme for recruitment into the armed forces, and the proposed amendments to the electricity laws, the INLD believes this anger can be translated into votes through some astute planning.

Note: In an earlier version of this article, Devi Lal was erroneously referred to as deputy chief minister in the VP Singh government. He was deputy prime minister.