Seven of the party's ministers were defeated or staring at the prospect. 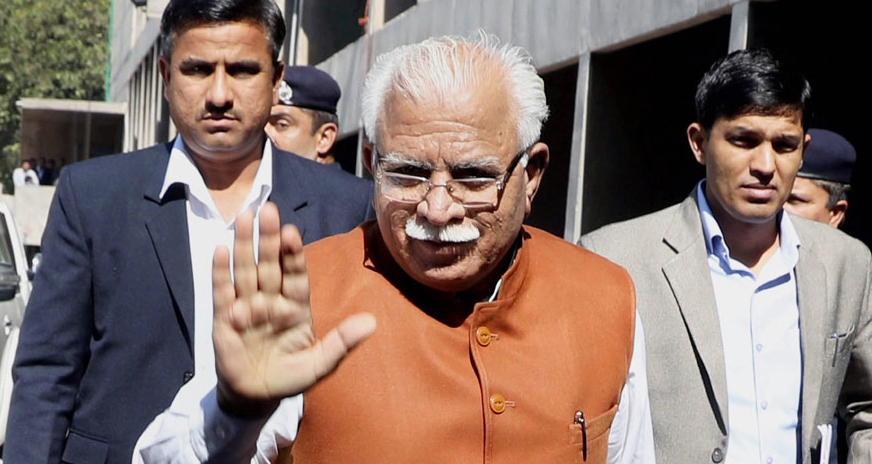 New Delhi: The Haryana unit of the BJP was pushed into a state of turmoil by the results of the assembly elections as it not only failed to get a complete majority but seven of its ministers also lost their election. The mandate clearly was against the manner in which the Manohar Lal Khattar-led government functioned over the past five years.

The chief minister rushed to Delhi for meetings with senior national leaders of the party to chalk out a strategy for the future. Reports said he would meet the governor and stake his claim to form the government, even as trends show the BJP is likely to win just 40 seats in the 90-member house.

Though Khattar won his election from Karnal, defeating Tarlochan Singh of Congress by 45,188 votes – the third biggest margin of victory in the state – and senior minister Anil Vij won by 20,165 votes from the Ambala Cantonment constituency, most other senior ministers lost.

The biggest setback for the party came from Mahendragarh, where its five-time legislator and minister Ram Bilas Sharma was on the verge of losing to Rao Dan Singh of the Congress. At 6 pm, as per the Election Commission’s data, he was trailing by over 10,000 votes.

The only Brahmin MLA to have won from Mahendergarh, which is dominated by the Ahir community, Sharma had wrested the seat from his arch-rival Dan Singh in 2014. But this time, he did not appear to be in a position to retain it.

Another big loss for the BJP came when Om Prakash Dhankar, who had the all-important agriculture ministry and irrigation department portfolios, lost to Kuldeep Vats of the Congress by 11,245 votes from Badli.

Captain Abhimanyu, a young face of the party and minister, lost the Narnaund seat to Ram Kumar Gautam of the Jannayak Janata Party (JJP) by 12,029 votes. A former soldier, he was in-charge of 13 ministries in the Khattar government.

Haryana BJP president and state minister Subhash Barala too lost from his Tohana seat in Fatehabad district and subsequently resigned from the post. He lost to Devender Singh Babli of the JJP by 52,302 votes. In fact, Babli’s was one of the highest victory margins in the state – with only Bhupinder Singh Hooda of the Congress winning by a bigger margin from Garhi Sampla Kiloi, with 58,312 votes more than his nearest rival.

In Sonipat, BJP’s senior woman minister Kavita Jain lost to Surender Panwar of the Congress by 32,878 votes. Jain had earlier won the seat twice, in 2009 and 2014.

Another BJP minister who appeared to be heading towards defeat was Munish Grover. He was trailing Bharat Bhushan Batra of the Congress in Rohtak by over 2,700 votes at 6 pm.

In Radaur, minister Karan Dev lost to Bishan Lal of the Congress by 2,541 votes. In a see-saw battle, Dev led for a large part of the day but ended up behind Lal as the final rounds were counted.

In the Jagadhri constituency, Congress candidate Akram Khan gave assembly speaker Kanwar Pal of the BJP a scare as he led for a good part of the day. However, towards evening, Pal took a significant lead of over 14,000 votes.