In Haryana, the Electorate's Silent Anger Put a Dent in the BJP's Performance

The results should not be read as a vote for the Congress party; instead it is a vote against the BJP. 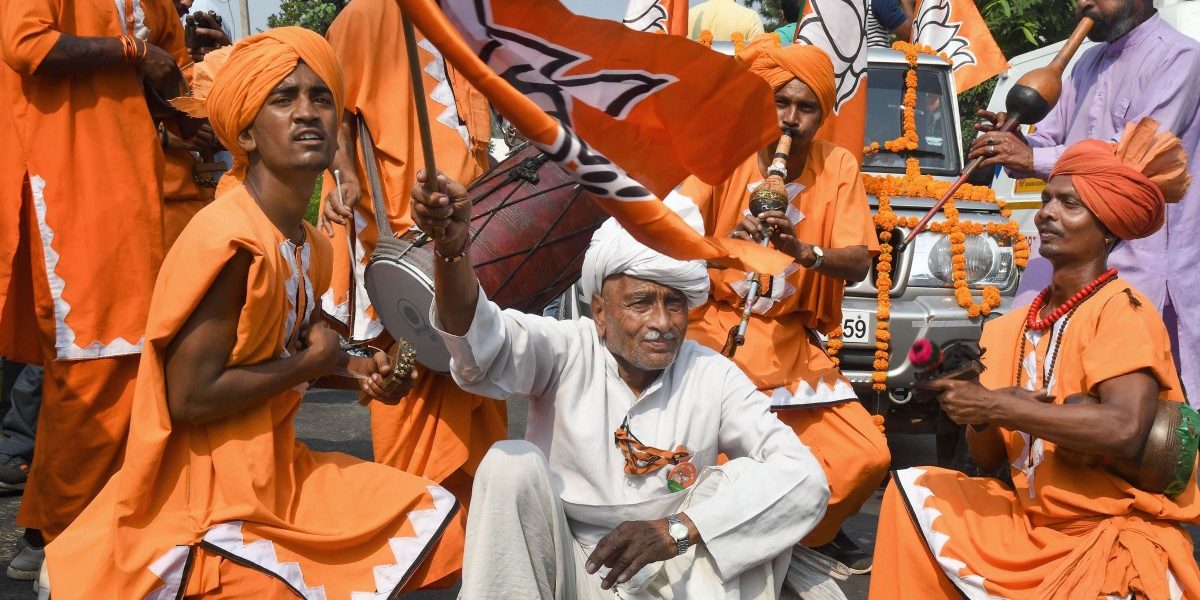 Barely a few months after the 2019 national elections when it received a drubbing from the Bharatiya Janata Party, the Congress has sprung a surprise in the Haryana elections leading to a hung assembly.

Although the BJP has emerged as the single largest party with 40 seats, the Congress has been able to obtain 31 seats, while the Jannayak Janata Party, a newly formed party out of the older Indian National Lok Dal, has managed to gain 10 seats, while others have obtained nine seats.

But this should not be read as a vote for the Congress party; instead it is a vote against the BJP. Issues such as Hindutva, nationalism, security and reading down Article 370 in Jammu and Kashmir, used during the campaign by BJP leaders, particularly by the prime minister, did not help the party. Rather, it is an election in which large sections of the people in Haryana have punished the BJP for poor governance while in power.

During the electoral campaign, the media largely concentrated on the leadership of the Congress and the BJP, pointing to the indiscipline, divisions and infighting within the former, and defections within the latter, though it was felt that closer to the election the BJP had managed to unite all groups and would perform well. Much was made of the ‘transformation’ of Manohar Lal Khattar from an honest but inexperienced politician, to one providing good governance. However, what the media missed was that it has been a ‘people’s election’, it is the silent anger among the electorate that is responsible for the BJP not being able to reach its ‘Mission 70’, as was claimed by its top leadership.

In Haryana, there is considerable anger among the electorate on several issues such as the economic slowdown, unemployment among a large number of youth in the state, widespread unhappiness among farmers on the minimum support price and mandi rates, women’s security and the exorbitant cost of private school and college education, etc.

Haryana’s public debt as percentage of its GSDP has increased from 16% in 2014-15 to 23.4% in 2018-19, and the rate of unemployment has been rising since January 2016, reaching 29%, which is the highest among states. Though Gurgaon has a Maruti Suzuki and Hero Motocorps plant, and produces two-thirds of the passenger cars and 60% of the two-wheelers in the country, vehicle sales have declined for the tenth consecutive month by August 2019.

Also read: For BJP, a Bitter Reminder That Assembly Polls Are Fought on Local Issues

Many observers have held that joblessness is responsible for increased street crimes such as snatching and carjacking. Small businesses are still feeling the impact of demonetisation and a badly administered Goods and Services Tax.

While the BJP lost in the six Jat-dominated constituencies and in Muslim-dominated Mewat, which is backward and suffers from unemployment, the party has also not performed well in the urban constituencies in Gurgaon where the BJP has a strong upper- and middle-class base, as there is unhappiness over poor civic amenities. 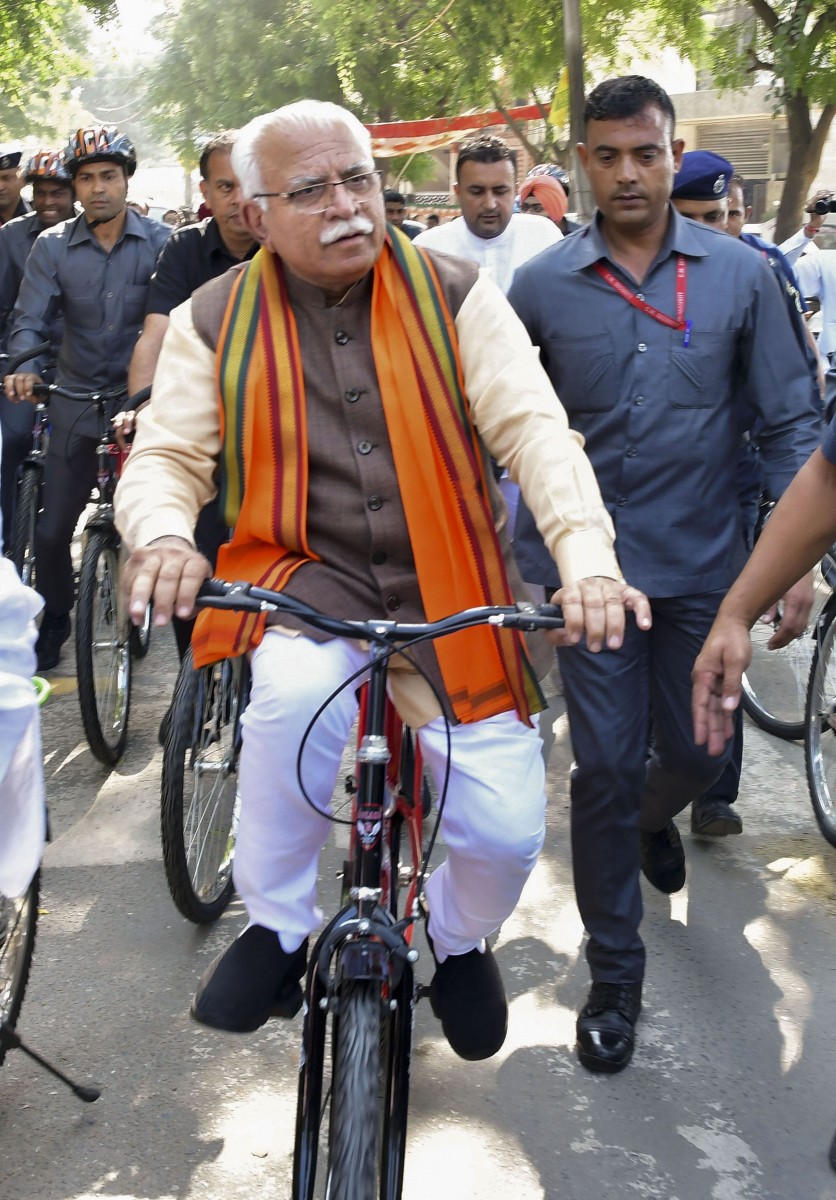 A drive down the heart of new Gurgaon, the Golf Course road, which has beautiful buildings, fine shopping centres, well-built roads and good level of cleanliness, shows a world-class city. But as one moves towards old Gurgaon, the urban villages and the high rises and colonies built in the newer part of the city, the picture changes completely. While old Gurgaon and the urban villages remain dirty, with narrow roads and little facilities, this is true even of the new colonies closer to the centre of the city and to Sohna road, built in recent years. Even in many new colonies, which have no high rises but individual houses built at considerable cost, the facilities are absolutely dismal. Over the last five years that the BJP government has been in power, practically little or no progress has been made in many aspects that impinge on the daily life of people living in them.

The roads in the newer colonies and the main roads surrounding them are in terrible condition with deep potholes that become positively dangerous when it rains, particularly for two-wheelers, and many fatal accidents take place. Inhabitants in South City 2 suffered bad roads for five years and it is only a week prior to the elections that re-carpeting started, and is going on.

The garbage dumped on the sides of the roads in most parts of old and new Gurgaon is not only an eyesore; the foul smell affects passersby and contributes to the rising pollution in the city. According to the Millennium Post, in two years waste generation in Gurgaon has increased from 700 to 1,200 tonnes. While a recent strike by sanitation workers contributed, there is an increase in the total production of waste from the city, and no proper mechanism has still been built to manage it. Not only is the waste not being collected, but it is also not being recycled and the waste from Gurgaon and Faridabad is only adding to the rising landfill at Bandhwari.

Another problem, closely linked to the ongoing building activity in Gurgaon, is enormous amounts of construction waste collected from sites where houses have been completed, and dumped on the road sides, often just outside the colony. No rules are followed by builders and contractors, despite residents’ welfare assoications trying to put pressure on them.

Recently, media reports showed that plastic trash is being dumped near village Ghata in the Aravalis, which form the green lungs of Gurgaon, and the municipal corporation has received a pollution notice from the Haryana State Pollution Control Board. The reports point out that the waste was covered with cow dung in a bid to disguise it as the site of a gaushala (cow shelter). Once a healthy forest, it is gradually becoming a dumping ground.

At the root of poor civic amenities is the problem of transfer of some of the newer colonies from big builders such as Ansal and Unitech to the municipal corporation. While residents of many colonies have been hearing over the last few years that the transfer is imminent, it has not happened. As a result, neither the builder nor the municipal corporation hold themselves responsible for poor roads or waste management, leaving RWAs in the lurch. Many more problems could be listed such as poor water and electricity supply, often cut off without any warning.

It is precisely in these areas that voter turnout has been poor and the BJP has not performed well. In Gurgaon and Badshahpur, the two predominantly urban constituencies in Haryana, voter turnout dropped by 11% compared to 2014. Polling booths in South City 2 and surrounding colonies remained deserted, compared to 2019 when long queues were visible.

While some argued that many middle class families comfortably stayed at home feeling that the BJP would anyway win, large numbers cynically did not vote as they felt that their votes did not matter, the BJP would win, and as in the last five years, once again ignore their civic needs.

In Badshahpur, it is neither the BJP nor Congress who won, but an independent candidate, Rakesh Daulatabad who met people in the constituency and promised improvement. In the Gurgaon constituency, though the BJP won, an independent stood second, pushing the Congress to the third place. The BJP has paid for its arrogant and self-satisfied attitude, of being insensitive to the needs of voters and taking them for granted.

Congress failed to harness the anger

Given the problems affecting the electorate, the Congress party, which ruled Haryana for a decade until 2014, could have strongly challenged the BJP, holding it accountable for its many failures. Senior Congress leader Bhupinder Singh Hooda, earlier chief minister of the state, mentioned that the ruling party made 154 promises, but very few of them have been addressed.

The Congress has in fact lost a chance to perform better. A strident campaign, begun much before the election by Congress leaders, without waiting for candidates to be announced, harping strongly on BJP’s failures, might have made a dent in its support structure in parts of Haryana and given the Congress more seats enabling it to form the government. The discourse could have been sharply focused on local issues such as unemployment, corruption, poor governance, mismanagement of the economy, pollution and poor civic amenities.

But the Congress party remained badly divided, there was open wrangling between leaders, candidates were announced late, leaving them little time to even meet and talk to people. The party’s organisational structure remains weak, with lack of workers on the ground. Some rallies were held jointly by Bhupinder Hooda and Selja Kumari, but the party did not hold major public meetings in the state with its central leadership.

Watch: #BeyondTheHeadlines | The Message from Haryana and Maharashtra

In contrast, chief minister Manohar Lal Khattar carried out a rapid tour of the state much ahead of the announcement of poll dates, and the prime minister addressed a number of rallies. While the BJP did experience revolts due to tickets not being given to sitting MLAs and new faces brought in, it managed to unite the party and carry out a coherent campaign. The takeaway for the Congress, if it is paying attention, is that if it settles its top leadership issue, unites the party and rebuilds its organisational structure, it can take on the BJP.

The seminal question which arises from the Haryana election is whether the dent in the performance of the BJP, is simply due to unhappiness over local issues in a state-level election? Or, are we witnessing a creeping dissatisfaction with the BJP arising out the slowing of the economy, rising unemployment, deteriorating law and order, vendetta politics seen in use of agencies such as the Enforcement Directorate and the Central Bureau of Investigation?

It is not an isolated happening, as a similar phenomenon is visible in the Maharashtra assembly election. In this situation in Modi 2.0 will issues such as nationalism, army attacks on Pakistan, increasing centralisation and authoritarianism seen in use of the sedition law against those criticising the government, lose their resonance particularly if the economic crisis deepens? Are we set to witness disconnect between the agenda of nationalism and Hindutva from economic issues, bringing the latter back to centre-stage? Future state elections in the coming months and next year will provide more answers.