Cancelling Haj Subsidy Is a Good Step, Now the Government Should Stop Spending on All Religions

Both Central and state governments continue to spend large sums on other pilgrimages and festivals. 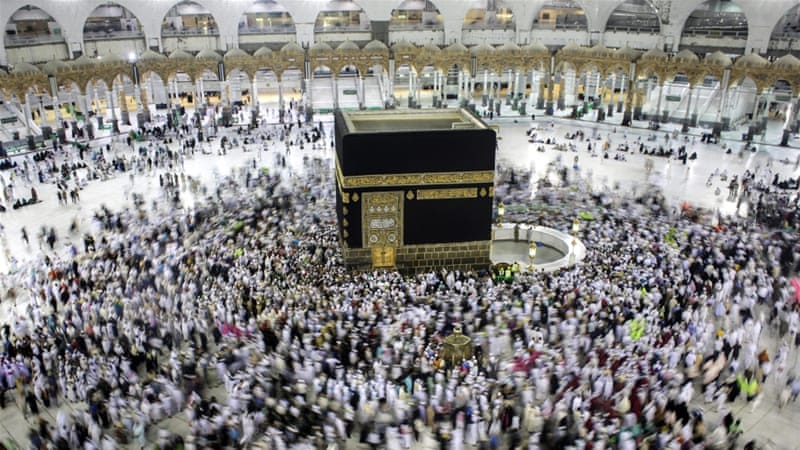 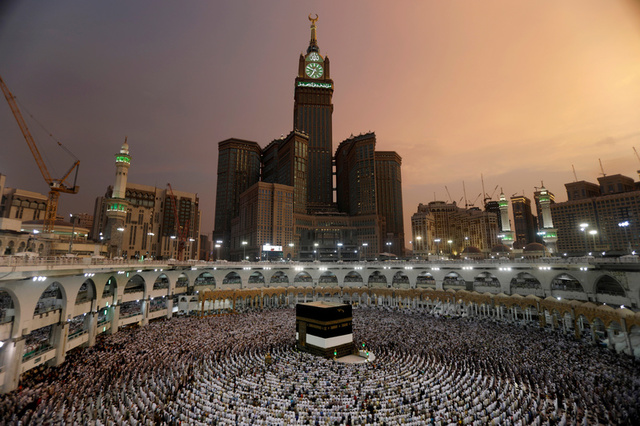 Muslims pray at the Grand mosque ahead of the annual Haj pilgrimage in Mecca, Saudi Arabia, August 29, 2017. Credit: Reuters

In compliance with a 2012 interim order of a Muslim judge, Justice Aftab Alam, the Narendra Modi government has now decided to scrap the so-called Haj subsidy. The move has been rightly welcomed by one and all. The BJP has been critical of the Haj subsidy and has consistently maintained that it was put in place to ‘appease’ Muslims, though it does not oppose state spending on Hindu religious events. The court had asked the government to phase out the subsidy over a period of ten years, and the government deserves appreciation for doing it in less than six years.

Did the court hold the Haj subsidy as unconstitutional? Does the Indian state really not spend on other religions? Does the government comply with all Supreme Court orders? Was the Supreme Court right in giving such a directive to government?  These are important issues that need closer scrutiny.

Courts on the subsidy

A historic verdict was pronounced by Justices Markandey Katju and Gyan Sudha Mishra of the Supreme Court in 2011, upholding the constitutionality of the Haj subsidy. The bench of Justices Alam and Ranjana Prakash in 2012 did take note of it. Justice Alam observed that “we also take note of the fact that the grant of the subsidy has been found to be constitutionally valid by this court. We are not oblivious of the fact that in many other purely religious events there are direct and indirect deployment of state funds and state resources. Nevertheless, we are of the view that Haj subsidy is something that is best done away with.” Thus Alam has not overturned Katju’s judgment. In fact, a two-judge bench cannot overrule a judgment of another two-judge bench.

Also read: Centre Cancels Haj Subsidy. But Who Was It Really For, Anyway?

Moreover, why did Justice Alam not say anything about phasing out state expenditure on other religious events? As a matter of fact, in this case, private tour operators had challenged the provision of the government’s Haj policy that required them to have at least 250 square feet of office space. The court on its own added the issue of Haj subsidy, which was unnecessary because just a year ago the court had upheld its constitutionality. In any case, policy matters are the exclusive domain of the government and courts should ideally stay out of it. If a policy is constitutional, non-discriminatory and non-arbitrary, courts have no business to direct the government to change its policy. In fact, Justice Alam undertook this exercise by quoting the Quran, which mandates Muslims to undertake the pilgrimage if they can afford it in terms of conveyance, provision and residence.

Katju’s judgment really involved the interpretation of Article 27 of the constitution, which explicitly stipulates that no person shall be compelled to pay any taxes, the proceeds of which are specifically appropriated in the payment of expenses for the promotion or maintenance of any particular religion or religious denomination. Justice Katju observed that Article 27 would be affected only if a substantial part of the entire income tax collected or a major portion of the entire central excise or the customs duties or sales tax or a substantial part of any other tax were to be used for the promotion of any particular religion. Since the petitioner in this case did not contend that a substantial part of any tax collected in India is utilised for the purpose of Haj, the Haj subsidy was held as constitutional. In fact, if the total size of the of Union government’s budget is taken into account, the Haj subsidy will indeed be a very small fraction of it.

Justice Alam did say that the obligation to go for Haj is only on rich Muslims, though many poor people do go on the pilgrimage by spending their life’s savings.

Myths around the subsidy

As has been reported earlier, the Haj subsidy mainly went to Air India and not to the individuals going on Haj.

In 2016, the government charged Rs 2,21,050 for ‘green category’ pilgrims. This included airfare of Rs 45,000, airport charges of Rs 7,567 and Haj committee fee of Rs 1,000. For accommodation at Mecca and Medina, each pilgrim was charged 5,000 Saudi riyals. Then there is another head called ‘others’, under which 4,240 riyals were charged without any details of break-up. It seems that 180 riyals are for local transport and 500 riyals for Mualim (the Saudi facilitator of Haj) fee, which means another 680 riyals. If we deduct 680 riyals from 4,240, we get 3,560 riyals – which leaves approximately Rs 64,500 that is being charged without any head. In addition, 2,100 riyals are also charged which are given back to the pilgrim on their arrival in Mecca, for food and other expenses.

Airfare in the open market, particularly when booked in advance, will likely be much lower that what was charged by the government, in the range of Rs 23,000-25,000 for the bulk booking. The higher Air India fare is justified because the Saudi government requires the planes to return empty. It is time for the monopoly of Air India to end; let pilgrims get the best price in an open global competitive bidding. For years, the government has been charging pilgrims approximately between Rs 85,000-95,000 extra. So where is the subsidy? 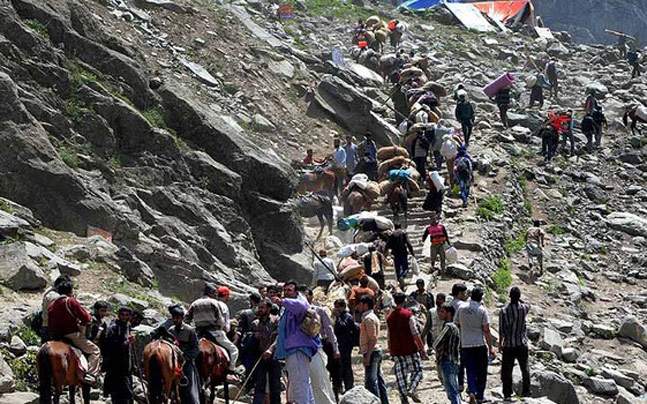 How much does the state spend on other religions?

Under Article 290A, the state of Kerala provides Rs 46.5 lakh annually to the Travancore Devaswom Fund and Tamil Nadu gives Rs 13.5 lakh to the Devaswom fund for the “maintenance of Hindu temples” out of the consolidated fund. The Indian government spent Rs ten crore in developing infrastructure on the Amaranath yatra route. In the 2017-18 budget, the BJP government in Rajasthan allocated Rs 38.91 crore for the Devasthan Department, of which Rs 16 crore is for the pilgrimage of senior citizens. The Madhya Pradesh government sponsors senior citizens’ trips to Ajmer and other religious sites. Muslims also get financial support from the state: salary packages are given to Muslim imams of Gujarat. In West Bengal too, imams are on the state’s pay roll. In Karnataka, huge budgetary allocations are made to churches: it was Rs 16.56 crore in 2015-16. Out of some 4,000 madrasas in Bihar, as many as 1,127 are run by the state government. The Adityanath government, too, has allocated Rs 394 crore for madrasas and Rs 800 crore for the pilgrimage to Kashi, Ayodhya and Mathura under the Pilgrimage Rejuvenation and Spirituality Augmentation Drive. The UP government will also now pay Rs 1 lakh to each pilgrim of the Kailash Mansarovar Yatra.

Listening to the Supreme Court

The Narendra Modi government’s justification for scrapping the Haj subsidy because of the apex court order is also strange. In a number of matters, governments not only ignored the apex court’s orders but passed laws to overturn them. For instance, the Repeated Enemy Property Ordinances are not only against the court’s orders in property disputes but also against a constitutional bench decision on ‘re-promulgation of ordinances which was held as fraud on constitution’. To overturn the Vodafone decision, the law was amended with retrospective effect. Similar is the case with Supreme Court’s order against reservation in promotions and jallikattu. The list goes on and on.

It is imperative to revive Nehruvian secularism and free the Indian state from the influence of religion. Secularism is based on the concept that religion and worldly affairs are different. Let the government stay out of religious activities and events. Central to modernity is the distinction between the ‘public’ and ‘private’ domains. Religion is a personal and private affair. Ideally, this clear-cut differentiation should lead to eventual emancipation and, therefore, the decline of the influence of religion on our polity and society.