A key figure in the Gurjar agitation, he was seemingly able to mobilise protesters at will. What gave him this ability? 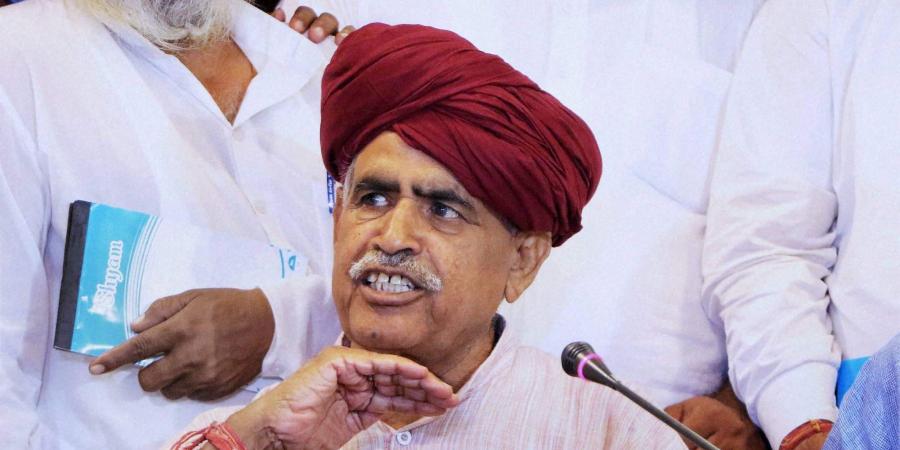 Condolences and tributes started pouring in from all corners across biradaris after the demise of the Gurjar leader Kirori Singh Bainsla last month. Bainsla was one of the most revered figures of the Gurjar community and his death is being seen as the loss of a “fatherly figure” for the entire community.

Understanding Bainsla’s influence and the following he acquired would require us to dig deep into his personality and his conduct with people. Despite joining the Bharatiya Janata Party (BJP), Bainsla always identified himself as a social leader first, aware of the political influence he had over members of his community, as well as conscious of the potential of the community as a whole.

A man whom the Gurjar community credits with their awakening, he led the Gurjar andolan in Rajasthan in 2007-08 – demanding a special status within the reservation system. Many protesters part of the agitation were killed in police firing and this incident damaged the electoral prospects of the then Vasundhara Raje-led BJP government. Bainsla’s call during the agitation brought the railways and highways of Delhi-Jaipur and Mumbai-Delhi to a standstill.

Bainsla was also not afraid to call out the oppressive practices within the community. But that did not prevent him from exercising his charisma, which was able to get every member of the Gurjar community – young or old, men or women – ready to act.

He was ingenious when it came to methods of mass protests and had a critical outlook on traditional socio-cultural practices. His strategies of mobilisation had a charismatic flavour of mass appeal, defying the conventional veneration of elders in Indian society. His personality is a perfect example of what eminent sociologist Max Weber has conceptualised in the idea of “charismatic authority”. His actions and gesture of communicating and collaborating with Gurjars are significant contributions to building a community and shall be remembered as such.

Bainsla’s personality was an example of how charisma can also work as a revolutionary force for the community members. He had time and again given indirect indications about it in statements like, “At my single call, I can mobilise the entire community and imagine the amount of bloodshed so many people can cause but I’ve told them to be non-violent. We are completely peaceful.”

His charismatic authority can be seen as coming from his service to the community, which was genuine and heartfelt, seldom comprising the needs of his people for political or electoral gains.

Bainsla was an English literature graduate and a colonel in the military before he founded the Gurjar Arakshan Sangharsh Samiti in 2006. His personal circumstances were not the main reason for his involvement with the community’s demands. According to him, it was the poor condition in which the Gurjars were living that moved him to do something about it.

He was a gifted speaker who knew how to put his thoughts across in a matter-of-fact manner or to stir emotions when needed by speaking truth to power. Bainsla talked in a tone that was honest and appealing. Before the huge protest at Peepalkheda and Patoli, Bainsala claimed to have held hundreds of local meetings in different areas of Rajasthan. He understood the ground realities of the community and was equally aware of his limitations.

His suggestions were ‘progressive’ but at the same time not over-ambitious – considering the ‘social backwardness’ of the community and keeping in mind its traditional bent of mentality. He would not call out the purdah practice within the community but actively talked about the education of young girls. He called out the extravagant spending on weddings that makes families fall into debt traps.

One of the reasons for Bainsla’s following was the familiarity and comfort they found in him. He wore the traditional turban and white kurta, lived in a desi setting and spoke in a desi manner to the members of his community.

During the Gurjar agitation, Bainsla sat with the protestors on railway tracks and had close interactions with them. As part of the negotiation, the state government promised an economic package for Gurjar-majority areas, which he refused to accept. Eventually, in 2019, the Gurjar community was awarded reservation under a special reserved category with four other castes. Bainsla’s words weren’t seen by the community as hollow promises but possible dreams that the community should work towards.

This combination of familiarity and hope was also visible in Bainsla’s personality. Masses from his community saw Bainsla not just as “one amongst us” but also the “best amongst us”. He rose from the very villages they all lived in and talked about progressive values within the community. When a man of such stature is one amongst you, working for you and demands something from you, it is understandable why his calls for mobilisation were so successful.

Bainsla’s persona became quite discomforting for leaders of other communities because he was accused of hampering the political economy of reservation systems and this could be considered as non-fulfilment of the larger socio-political alliance of ‘backward castes’ in Rajasthan. Many believed that he lacked the vision for social justice while talking about community representation.

Bainsla was also criticised when he joined the BJP in 2009 because this came just one year after several Gurjar protesters were killed in police firing and caste violence under the saffron party’s government. It resulted in great dismay within the Gurjar community but he was never denounced by them.

Bainsla’s funeral procession saw the participation of a large number of not just Gurjars but other communities from all over India. After the demise of this charismatic leader, it is to be seen who takes up the difficult task of filling the space left behind by him. It is not an exaggeration to say Kirori Singh Bainsla was among the last of the social leaders for whom the community’s interest mattered the most.

Shivam is a PhD Scholar at the Centre for the Study of Social Systems, JNU. Siddhi studies political science at Lady Shri Ram College for Women.