The AAP has accused the BJP of forcing its Surat (East) candidate to withdraw his nomination from contesting the upcoming Gujarat Assembly elections. The BJP is yet to respond to the allegations and the 'abduction' episode. 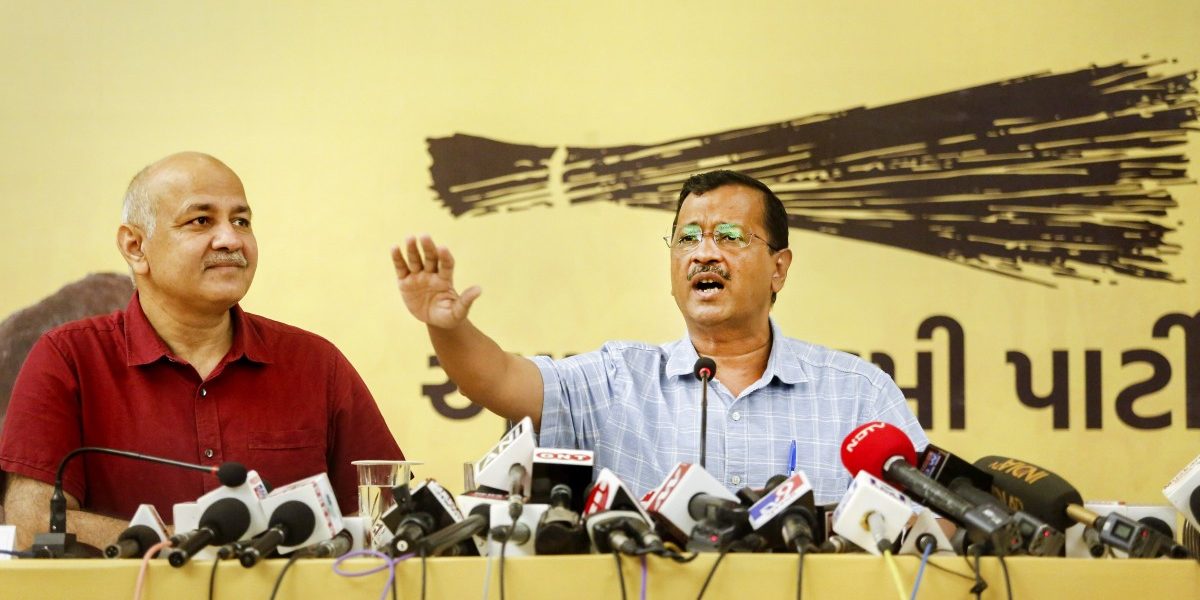 New Delhi: Hours after the Aam Aadmi Party (AAP), including its convenor Arvind Kejriwal, on Wednesday, November 16, accused the Bharatiya Janata Party (BJP) of kidnapping its Surat (East) candidate, Kanchan Jariwala, he was spotted by television cameras when he was on his way to withdraw his nomination. He withdrew his nomination, according to ANI.

#WATCH | Gujarat: AAP candidate from Surat (East) from Gujarat, Kanchan Jariwala, takes back his nomination after he was allegedly kidnapped last evening pic.twitter.com/E1vqqkveNi

Surat East is part of the first phase of the elections and goes to the polls on December 1. The last date for filing nominations was November 14, which means AAP will not have a candidate in the fray for this seat.

A whole host of AAP leaders, including Kejriwal, Manish Sisodia, among others, had claimed that he was kidnapped by the BJP after it had been unsuccessful in its attempts to force him to withdraw his nomination. The AAP leaders had said he had gone missing since Tuesday, November 15, hours after he had filed his nomination for the upcoming polls. Sisodia had even claimed that Jariwala’s phone was switched off and his family too had gone missing.

Taking to Twitter, Kejriwal had earlier claimed that the BJP foiled Jariwal’s attempts to file his nomination.

Our candidate from Surat (East), Kanchan Jariwala, and his family missing since yesterday. First, BJP tried to get his nomination rejected. But his nomination was accepted. Later, he was being pressurised to withdraw his nomination.

Has he been kidnapped?

Sisodia had also weighed in, claiming that he was kidnapped by the BJP fearing loss in Surat (East) constituency. “Kanchan Jariwala is missing since yesterday. His phone is switched off. His family is missing. He was last seen at the RO office yesterday, where he had gone to get his nomination scrutinised. The BJP’s goondas (thugs) tried to get his nomination withdrawn. However, Jariwala refused and when he left the RO office, the BJP goondas kidnapped him,” news agency ANI had quoted Sisodia as saying.

The Delhi deputy chief minister had called it a “danger to democracy”, and had said it “raises questions on Election Commission”.

AAP leader Raghav Chaddha had called it a “murder of democracy” carried out by the BJP. “Murder of democracy! Our candidate Kanchan Jariwala from Surat East seat has been kidnapped by BJP. First BJP unsuccessfully tried to get his nomination papers rejected, then coerced him to withdraw his candidature and now kidnapped him. He is missing since last afternoon,” he had tweeted.

The BJP so far has not responded to AAP’s allegations, and has not commented on the episode.

Had Jariwala been in the fray, he would have faced off against Arvind Raja of the BJP, who is running for re-election. The AAP candidate’s name was announced on November 3 by the party along with nine others in the 10th list of candidates for the Gujarat elections.

The state will vote in two phases on December 1 and December 5. The votes will be counted on December 8. Of the 182 seats in the fray, AAP so far has declared candidates for 130 seats. The BJP, meanwhile, has announced its nominees for 160 assembly segments.

After gaining power in Punjab besides its home turf in Delhi, an aggressive AAP has entered the Gujarat fray to unseat the BJP, which has been winning consecutive terms. The AAP so far in Gujarat has tried to present itself as an alternative to the BJP while the principal opposition party Congress has been in a moribund state.