The saffron party's Hindutva campaign managed to consolidate Hindus in urban areas, but that such a campaign had limited success in rural parts cannot be ignored. 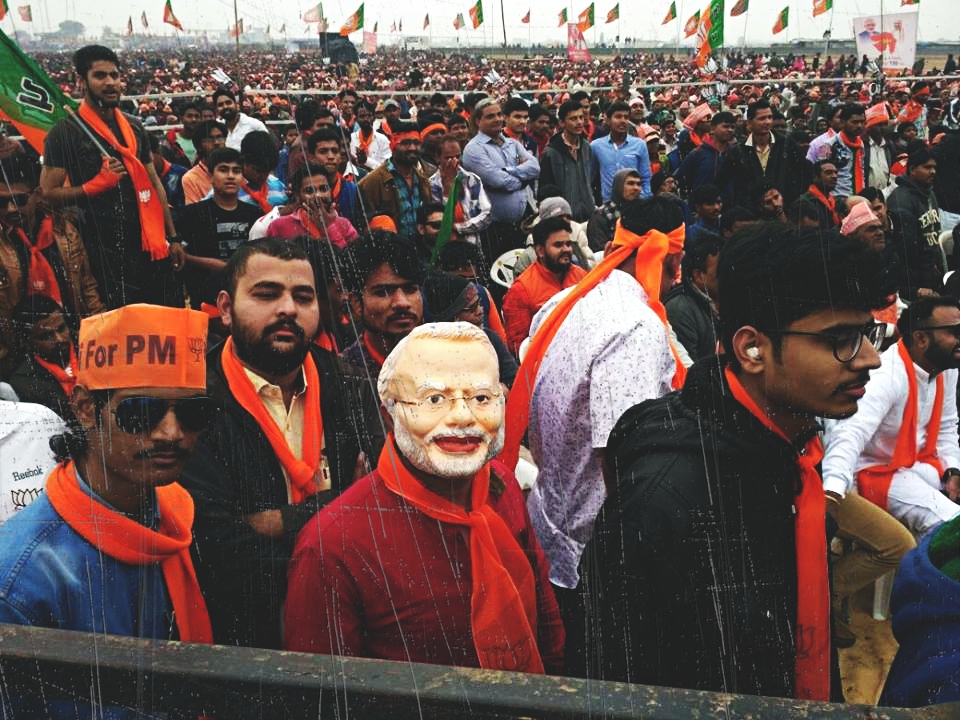 The damage done to the BJP in rural areas is evident from the fact that Congress had an easy win in Unjha, PM Modi’s home seat. Credit: Facebook

New Delhi: The Modi-Shah duo has done it again. Despite a huge discontent in rural Gujarat and Congress party’s most-energetic campaign in the last few years, the Bharatiya Janata Party has posted yet another victory in the state. Factors like lack of state-wide popular leaders, an influential Patidar community agitation, widespread agrarian distress and resentment against the state government for its failure to generate enough jobs, weren’t able to stop the saffron party from crossing the majority mark.

The credit for this solely goes to Prime Minister Narendra Modi, who through his aggressive canvassing turned this assembly poll into a mandate for his governance measures at the Centre. And also to the party president, Amit Shah, who, if voting patterns are studied, focused his attention on winning 100-odd seats through a mix of tactics – which included exploiting seat-wise caste contradictions and engaging the disenchanted groups – and let the rest of the seats slip away.

That BJP would win the state again was a foregone conclusion six months ago but the run-up to the polls has seen a large section of rural community protesting against the state government, making the contest complicated.

As the results stand, BJP has secured 98 seats, nine more than the majority in the 182-member assembly. The Congress and its allies, despite improving their tally if compared to 2012 assembly poll, had to settle at 81.

While both the parties together shared more than 90% votes between themselves, the Congress’s energetic campaign reflected in its improved vote share. The party’s vote shares, which was 32.9% in 2014 Lok Sabha polls and 38.9% in 2012, improved to around 43% if one takes into account the votes of independent candidates and Bharatiya Tribal Party, which it supported.

On the other hand, while BJP did well to fight the anti-incumbency successfully, its vote share dropped from 59.1% in 2014 poll to around 49.3%. Although it improved its vote share by two percentage points compared to 2012 polls, the rise was more due to its extraordinary performance in Surat, Ahmedabad and other largely urban districts, where it registered victories by huge margins, leading the Congress from anywhere between 30,000 to 70,000 votes.

The Congress can take heart from the fact that it was much ahead of the BJP in Saurashtra and Kutch where it won more than 40 seats out of 54. But in north Gujarat, where it was expected to do well because of the Patidar agitation, its performance was below par and matched with that of the BJP.

The BJP’s near sweep in central and south Gujarat, combined with its much-improved performance in 40 reserved constituencies (which includes 13 SC and 27 ST seats), gave it the boost it needed to form the government.

What are the big takeaways?

One, the BJP’s stronghold over urban seats (around 55) hasn’t shrunk. In fact, the party owes it to urban voters for bringing it back into power. In Ahmedabad, Vadodara and Surat, the party has registered big wins. The perceptible urban-rural divide was so sharp that even in Surat, which saw multiple protests by diamond merchants and textile traders, the party posted its biggest wins.

Clearly, Modi’s systematic infrastructural push in urban areas by constructing airports, roads and other public facilities still has a great appeal among voters in these regions. These are people who have been the biggest beneficiaries of the so-called ‘Gujarat model’ and have felt empowered with the new consumerist power they acquired because of the economic growth during Modi’s tenure as the chief minister. One textile traders had earlier told The Wire that despite being affected by the Goods and Services Tax, they will repose their faith in Modi as it was because of his ability to control riots that they did not shut shop even for a day since 2001. As a result, he had felt that they could bargain only with Modi and not with the Congress, which seemed to only address rural concerns.

The rural areas, however, preferred the Congress and this goes on to point out the limitations of the Gujarat model. A BJP leader in the state, after the party’s victory, said, “PAAS (Hardik Patel-led Patidar Anamat Andolan Samiti) ne nahin, kapaas ne kuch seats harwaye (Not PAAS, but cotton cost them a few seats). The leader was referring to the party’s humiliating defeat in Saurashtra, the biggest cotton-growing region of the state. The price of cotton has fallen to Rs 600 per 20 kgs as opposed to around Rs 1,400 in 2012.

The leader is right in pointing out that the disenchantment among cotton farmers cost them much as the Gujarat government’s sustained incentivisation of big industries left it with hardly any resources to subsidise agriculture over the last one-and-half-decade. The damage done to the party in rural areas is evident from the fact that Congress had an easy win in Unjha, PM Modi’s home seat.

The ever-responsive BJP should draw a political lesson in this trend and focus better on its social expenditure.

Two, the poll was a good lesson for the Congress, which relied solely on an energised campaign but did not play the role of a sustained opposition through the government’s whole term. The micro-management skills like booth management and door-to-door campaigns were much better implemented by the BJP than the weakened machinery of the Congress.

BJP concentrated on going past the majority mark and succeeded. And that way it could beat the anti-incumbency.

This reflected in the way big leaders performed. While many Congress newcomers won, Congress’s top leaders like Tushar Chaudhary, Shakti Sinh Gohil, Arjun Modhwadiya and Siddharth Patel, lost, although with small margins. At the same time, leaders who were invested in regional movements like Paresh Dhanani in Amreli and Amit Chawda in Anand-Kheda region won big.

Similarly, the BJP leadership of the state had to really fight hard. Despite stiff contests, Deputy CM Nitin Patel and CM Vijay Rupani managed to win as a number of tactics – like fielding multiple independent candidates – pulled them through. At the same time, cabinet ministers like Atma Ram Parmar, Chiman Bhai Kapadia, Shankar Chaudhary, Jasu Bhai Barad and Jay Narayan Vyas lost their seats to newcomers in Congress.

Three, the message to turncoats was also clear. Many Congress MLAs who had joined the BJP ahead of the elections lost miserably. For instance, Ram Singh Parmar and Raghavji Patel lost their seats as the BJP’s candidates.

Four, the BJP’s performance in reserved constituencies was really something to notice. While in the 13 seats reserved for scheduled castes, the saffron party won a majority of the seats. And the Congress, which performed really well in constituencies reserved for scheduled tribes in 2012 (having won 16 of the 27), could just match BJP’s performance this year. This indicates that BJP could reap benefit from an aggressive campaign it did in these seats after August 2015, when it was shaken by the Patidar agitation.

Finally, for the BJP, it is still a big victory as it defied an anti-incumbency mood. Although, it would do well to notice the substantial losses it has incurred and work on those aspects. Its last-minute Hindutva campaign may have consolidated Hindus in urban areas but that such a campaign has limited success in rural areas cannot be ignored.

Gujarat did not betray Modi in the end, but Amit Shah’s claim of winning 150+ seats wasn’t met by a long shot.

The result definitely throws up one question. How long can it demonise the opposition to stay on course? As the next round of assembly election will begin in 2018, the close contest in Gujarat has significant messages for both the Congress and BJP.