Sinha's lavish lifestyle has come under the scanner even as the governor's office continues to stonewall RTIs and critics accuse her of squandering public funds.

Panaji: A few weeks after assuming office in August 2014, Goa governor Mridula Sinha gave the media something to talk about by building a cowshed at Raj Bhavan. She travelled 50 kilometres to a distant village and handpicked a cow and a calf from a gaushala.

Four years later, the Goa governor is in the news for stonewalling all RTI applications over her extravagant expenditure in office – spending that has little to do with nurturing cows or promoting the prime minister’s Swachh Bharat mission, for which the governor has written a ‘special’ song, slogans and pledges popularising the mission. None of which has made any difference to the reality on the ground and to the garbage piling up in the state by the day.

Also read: More Trouble for BJP in Goa as RSS Rebel Wipes out Shakhas, Vows to Bring Party Down

The governor’s office has now moved the high court to challenge the October 15 order of the state’s chief information commissioner (CIC) ruling that the Goa governor, as a person of public authority, is subject to the Right to Information Act. The case is to come up before the high court on December 10.

This is the only gubernatorial office in the country which has refused to submit to the transparency law, Aires Rodrigues, an activist lawyer and petitioner in the case, argued. He added that even Rashtrapati Bhavan has complied with the Act.

“Instead of strengthening the law, the Goa governor’s office is trying to weaken it,” he told the court.

In his RTI application to Raj Bhavan, Rodrigues had asked for an account of Sinha’s overseas and India travels with her family from the time she assumed office, her expenditure on new cars and details of guests hosted at Raj Bhavan.

He told The Wire that “the governor has converted Goa Raj Bhavan into a BJP dharamshala” by hosting a stream of politicians and politically connected people. Sinha was member of the BJP’s national executive and held charge of the party’s Mahila Morcha till she was appointed as governor. 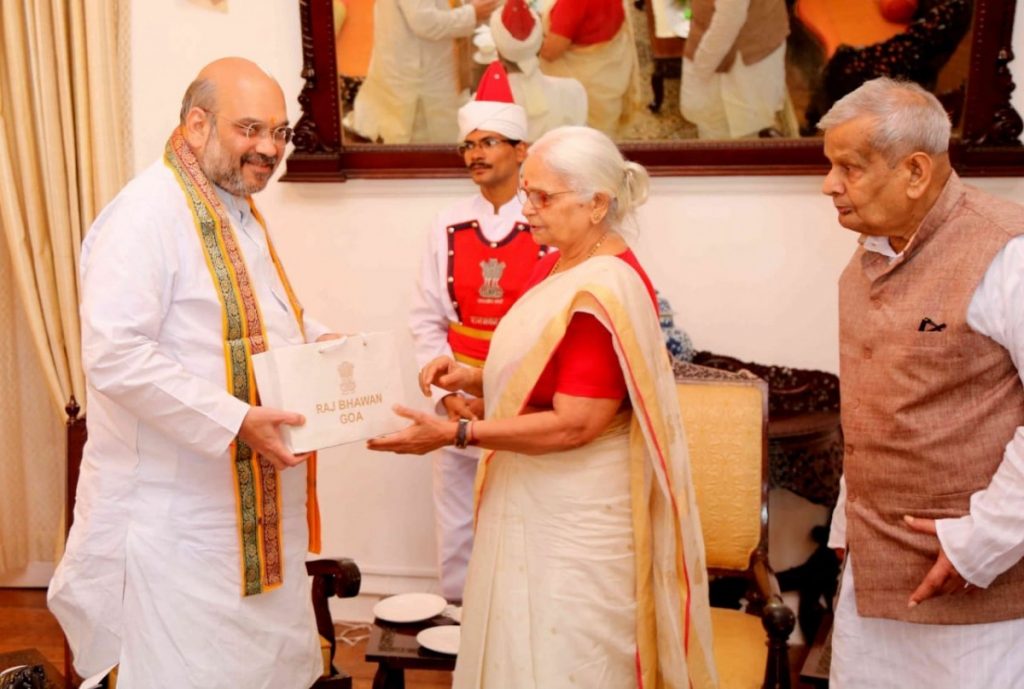 “The governor’s extravagant spending is a criminal waste of public funds for a cash strapped state like Goa,” Rodrigues said, pointing to the Raj Bhavan’s current over 130-member staff. Known for his dogged persistence and with a long record in fighting public interest litigations, Rodrigues says his criticism of misuse of public office is not aimed at any specific political party.

Rodrigues has spent nearly a decade trying to get the Goa Raj Bhavan to comply with RTI. In November 2011 in a lengthy judgement, the high court of Bombay too held that the RTI applied to the governor’s office. But with the Goa Raj Bhavan resisting every RTI application, the case for transparency has been shunted between authorities and courts.

In the past, the governor has faced criticism over her partisan role in inviting the BJP to form government even when the party lost the elections. Now even RSS cadres are unhappy over Sinha’s “squandering of public money”.

Topping their list of ire is the governor’s Mercedes E200. Sinha is fond of travelling in a five-car convoy in a state where no governor has ever faced a security risk.

The Mercedes was bought when when Goa was reeling under closure of mines and the overall governance deficit as chief minister Manohar Parrikar continued to rule  in absentia. Pegged at Rs 62 lakh, the Mercedes cost much beyond the ceiling of Rs 21 lakh set by the Goa government for a chief minister’s car.

On top of this, Sinha is fond of travelling in a five-car convoy in a state where no governor has ever faced a security risk.

In a fiery public speech some weeks ago, the former Goa RSS chief Subhash Velingkar came down heavily on the governor’s lavish lifestyle, saying Sinha had come to a point where she no longer even drank “normal” water but only tender coconut water. Government sources confirmed that Raj Bhavan did indeed order some two dozen tender coconuts a day.

Sinha’s tenure has been marked by a string of controversies. The governor once set off a controversy by asking postgrad students to take an oath to not get divorce.

With the BJP and its allies so dependent on the compliance of the governor to keep the non-functioning Parrikar government afloat, humouring Mridula Sinha must seem but a small price to pay, even if it comes at the expense of public funds.