How Prashant Kishor’s ‘Project Goa’ for TMC Is Failing

According to sources The Wire spoke with, TMC is riding the media hype and is not present on the ground. 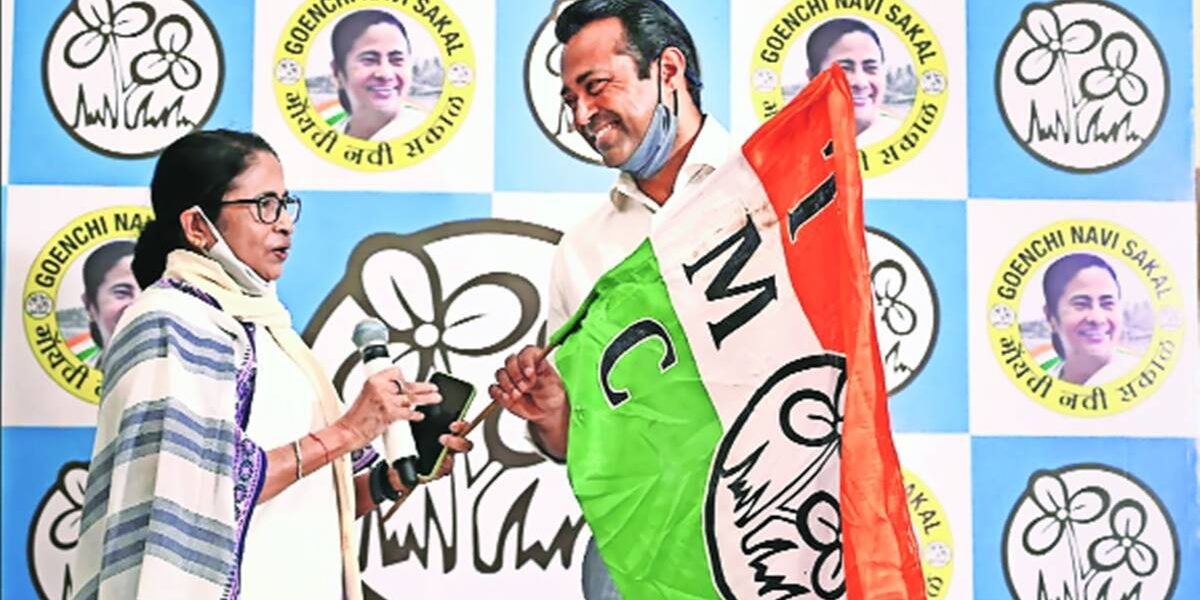 National media extensively covered the new political development in the coastal state. But Friday’s developments are last minute fillers as the actual plan did not work out. TMC was planning to merge a regional party in Goa and announce their face in the state. TMC’s plunge in Goa was strategised on three broad calculations. The state has a substantial minority population, small constituency size. And in the state’s political landscape, there is considerable space beyond the Bharatiya Janata Party (BJP) and Congress.

Goa has a minority population of over 32%, of whom 25% are Christians and a little over 8% are Muslims. In the last election, in almost 30% of the seats or 11 assembly segments, the margin of victory was less than 1,500 votes. In terms of overall election result, 25% of the seats were won by local parties and independent candidates.

Back in 2017, Vijay Sardesai, former deputy chief minister of Goa and the president of Goa Forward Party (GFP) ditched Congress and played an instrumental role in forming the BJP government in the coastal state.

Currently, Sardesai is again playing an important role in the state’s political development. A close aide of Sardesai confirmed to The Wire that he had “few rounds of meeting” with the members of Prashant Kishore’s Indian Political Action Committee (I-PAC).

Media reports on a possible GFP-TMC merger said that party president Sardesai will join the new entrant in the state when Bengal chief minister visits Goa at the end of October.

GFP was also in touch with Congress for a pre-poll alliance, however, the state unit of Congress had objections. But then, last week, in a quick turn of events, with some All India Congress Committee (AICC) members’ intervention, the central leadership of Congress gave a green signal to the alliance with the GFP for the upcoming election in Goa. The final contours of the alliance are yet to be decided.

On October 27, Sardesai put to rest all speculation and rejected TMC’s offer.

“PROUD TO BE A GOEMKAR! And I will always be! Those who speak of us merging our identity do not understand who we are. Goa Forward Party was born in Goa, grew up in Goa, and will always stand up and fight for Goa. This is who we are!” Sardesai said on Twitter.

PROUD TO BE A #GOEMKAR! And I will always be! Those who speak of us merging our identity do not understand who we are. @Goaforwardparty was born in #Goa, grew up in Goa, and will always stand up and fight for Goa. This is who we are! #Goemkars! #Goans! Goa! #ChalYaFuddem! pic.twitter.com/oB6Wf5I2ls

On October 30, Saturday morning, Sardesai met TMC supremo in Goa and told the media, “You cannot just merge. If the road to India starts from Goa, there has to be a convergence of like-minded entities.”

Sardesai told The Wire that his party has spoken to the Congress for a possible alliance but the deal is yet to be finalised. “I am open to each and everyone who is serious in defeating the BJP in Goa. My opinion is all anti-BJP forces in Goa should unite and bring the BJP down to a single digit.” When asked about his meeting with Banerjee, he said, “Mamata Banerjee is the pride of a regional party, mine is also a regional party and we both wanted to defeat the BJP in Goa.”

Speaking on TMC’s entry in Goa, Sardesai said, “No doubt there is a lot of media hype in favour of the TMC. I told Didi, ‘Ekla cholo re’ (walk alone) policy will not work here. We need to fight unitedly against the BJP and defeat them.”

“Prashant Kishor’s I-PAC stepped into Goa with an idea which was never tested in India. The idea is, in five to six months, with the help of I-PAC professionals they will build TMC’s presence in Goa. They started going after leaders from the Congress, regional parties and independent MLAs. They [I-PAC] realised late that the idea was not working. Luizinho Faleiro is among the most unpopular leaders there and in all probability will lose the election, if he contests at all. So they went onto the next person to make him the face of Goa. They are knocking the doors of many persons from various other fields, some of them are laughable,” an independent political analyst who is touring Goa told The Wire on the condition of anonymity.

The Wire has reported that a local media group O Heraldo, an English daily which acts as a political influencer, is currently driving TMC’s narrative. On the day Faleiro moved to the TMC, the newspaper ran the headline: “Goa gets set for a new dawn”. I-PAC also used the same headline in its press note that day. TMC’s official catchline in the state is “A new dawn for Goa”.

‘All over the media and not on ground’

The Wire has learned I-PAC members have also approached Bollywood singer Lucky Ali to join the TMC, but the singer declined the offer. The political consultancy has even reached out to singer Remo Fernandes but later found he is a Portuguese citizen.

A senior editor of a national daily told The Wire, “There is no TMC in Goa. Everything is run by Prashant Kishor’s consultancy. They are hoping to take advantage of the widespread anti-incumbency of the BJP government and win some seats. But in reality, it is very unlikely. Their (I-PAC/TMC) strategy is not working. TMC is all over the media and not on ground.” A senior reporter of a local daily said the TMC is not serious in their business and riding only on media hype. “TMC has not yet formed their organisational committees, no officer bearers were appointed in the state. People in Goa don’t like Luizinho Faleiro, he will not even contest the election. By inducting him into the party, TMC has not gained anything. GFP wants alliance with Congress, they are in advanced talks and likely to finalise the deal soon. Vijay Sardesai meeting Mamata Banerjee is nothing but a ploy to keep speculations alive.”

Political analyst from the state, Cleofato Coutinho, told The Wire, “TMC is in Goa in the name of I-PAC, so the latter’s reputation is at stake more than the TMC. TMC might be thinking that because of small constituencies in Goa, they will win them just by fielding personalities. I don’t see that happening. TMC’s experiment with Faleiro was unsuccessful. Faleiro created national optics. Here it has helped the Congress party. His stock was sinking. Their plan with Vijay Sardesai fell flat, but he may align with TMC later. TMC is just creating a hype cashing on Mamata’s win in Bengal. Actually, TMC has given the incumbent chief minister a reason to smile.”

Political observers opined that the TMC’s operations in Goa are similar to the way the BJP managed their election campaign in Bengal – create media hype, set a narrative, put in huge resources, poach leaders from other parties, induct celebrities and create talking points around the party.

Speaking to The Wire, a Kolkata-based political analyst said, “TMC’s politics in Goa is steered by Prashant Kishor, not any TMC leaders. Their plan is to break Congress completely that has failed. So the TMC has now come up with another plan. But interestingly, TMC’s entry in Goa may give BJP another reason to polarise the society further. Also secular and minority votes might get split because of parties like TMC, Aam Aadmi Party, Maharashtrawadi Gomantak Party and help BJP become the largest party in the state.”

On the day Faleiro joined the TMC, while interacting with the media party’s national general secretary and MP Abhishek Banerjee, he said, “Trinamool will fight it out alone in Goa.” But currently, TMC is reaching out to various regional parties in the state.

Independent MLA from the state Rohan Khaunte and Nationalist Congress Party (NCP) legislator Churchill Alemao met Banerjee in Dona Paula on Friday. Sources in the TMC have also confirmed that talks are open with people from various sections.

Another senior journalist from Goa, on the condition of anonymity, has confirmed that I-PAC is approaching all the possible names in the political space in the state. People who are not directly involved in politics but have a bend were also approached. “I guess they came with a lot of resources, the whole state is plastered with Banerjee’s photo. They are working out on various permutation and combination before kickstarting the election campaign.”