Goa: Despite 1100% Spike in COVID-19 Cases, BJP Is Busy Raiding Its Former Ally

Breaking up the Goa Forward Party doesn’t really do much for the BJP, except to prove that the saffron party is cynical enough to play political hopscotch during a pandemic and an economic downturn.

On a day that Goa hit a new milestone with its first two COVID-19 deaths and recorded 1100% spike in cases, the BJP went on a political hunting raid trying to split its own former ally, the Goa Forward Party (GFP). Asked if the political grapevine had got it right, GFP president Vijai Sardessai told The Wire, “they are trying”.

The political moves being managed by the saffron party’s shadowy organising secretary Satish Dhond, said to have a direct line to union home minister Amit Shah, come against the backdrop of chief minister Pramod Sawant’s gross mishandling of the COVID-19 crisis and the state’s finances and provide a convenient distraction from issues that really matter.

A “green zone” till April 12 when it was COVID-free, Goa’s curve has ballooned dramatically this month, hitting 951 cases and two deaths (as on June 24), a spike of 1100%, the local O Heraldo reported. Six localities and villages across Goa now house hotspots, with the settlement at Mangor hill in Vasco leading the count with 283 cases.

Breaking up the GFP which has only three MLAs doesn’t really do much for the BJP in terms of numbers, except to prove that the saffron party has the muscle and the coffers to do it—and is cynical enough to play political hopscotch even during a challenging pandemic and economic downturn. 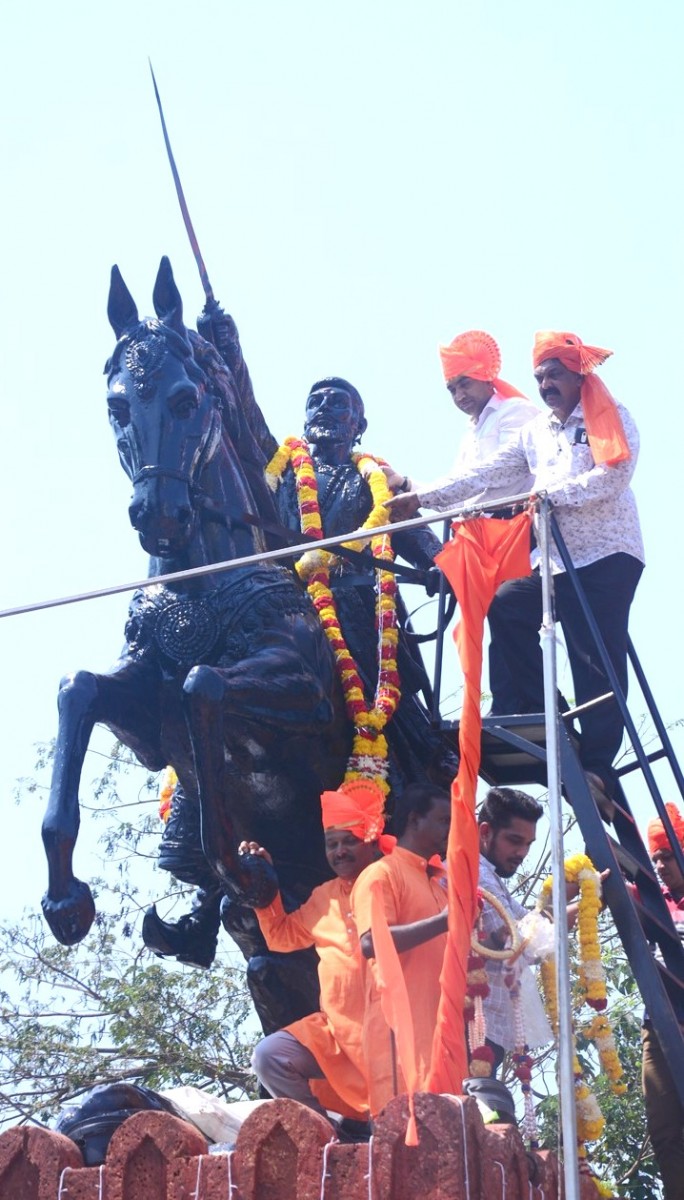 The BJP has already a bloated strength of 27 (in a House of 40), 10 of them acquired from the Congress and two from the MGP last year. The ruling party lost the 2017 election but still managed to scramble to power, poaching MLAs from other parties along the way. Last week, the Supreme Court issued notice to Goa speaker Rajesh Patnekar on a petition filed by the Congress Party. The speaker has kept the party’s disqualification petition against its MLAs in cold storage since August 8, 2019, the Congress said.

Sardessai, who played a pivotal role in the BJP’s return to power, has turned its biggest critic since being dropped from Sawant’s cabinet, calling his government “inefficient, non-transparent and having no administrative accountability”, accusations hard to dispute as the government lurches from crisis to crisis. The BJP’s moves to splinter the GFP comes days after the local party petitioned the state Lokayukta (notices have already been sent to the government in the matter) for an investigation into the diversion of a coronavirus relief fund meant for labourers to the pockets of BJP workers and supporters. 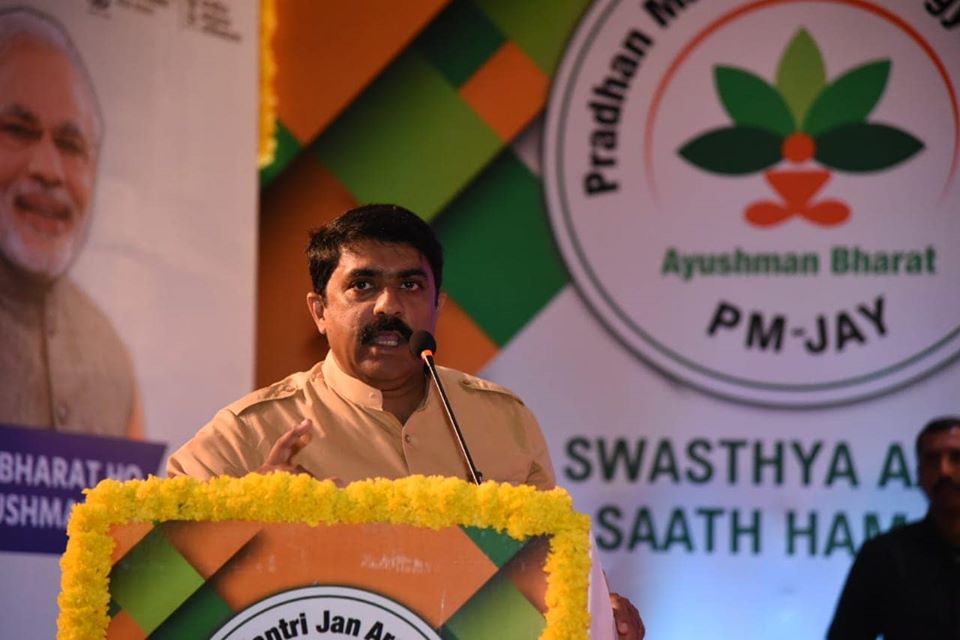 Much of the Rs 13 crore Goa Building and Other Construction Workers Welfare Board Assistance Scheme-Covid-19 (set up end March to help workers tide over wage loss) had been siphoned off by BJP karyakartas, the GFP complaint alleges. Out to shoot down the messenger, labour minister Jennifer Monserrate told The Wire, “Don’t go by everything you hear from Goa Forward. Since when have they become so clean?”

She has bank details to prove the money (from a Rs. 5.6 crore fund, according to the government) had gone to the right beneficiaries, Monserrate claimed. Her statement, however, runs counter to the chief minister’s admission that he’d spotted the names of several sarpanchas who’d taken the Rs 6,000 dole meant for labourers (“What can I do if some sarpanch registers as a labourer?” – was his wry comment).

The Wire independently spoke to a random selection of people on the list. Among them four housewives (“I never leave the house, I have a sick father to look after,” one said), a “utility” worker who applied because he too was out of work, and even an employee of a major tyre factory who took the handout even though he still has a well-paid admin job. None, of course, are construction workers and all had been alerted to the scheme by their BJP panchas.

By its own admission, the Goa government is so broke (revenues slumped 80% making the liability difficult to handle, a senior official said) that it even diverted funds from the District Mineral Foundations to ride out the crunch. “They have no concept of the kind of financial crisis we’re in,” former deputy CM and MGP leader Sudin Dhavlikar told the local media Wednesday. The chief minister was selling state security bonds every now and then to just manage the government’s wage bill, he pointed out.

Compelled to cut back on six crucial healthcare projects at the Goa Medical College because of the squeeze, the chief minister hasn’t for a moment taken his eyes off the construction of a memorial for a dead politician and the superfluous beach landscaping under the smart city project (both infrastructure projects are directly under him) where work continues apace even during the pandemic and economic meltdown.

“Only the government knows how the funds for the Manohar Parrikar Smriti Sthal will come,” a government official says. All he knows is that the Rs 10 crore project (being built by Univastu India Ltd on Miramar beach) has a deadline of March 2021, and work was fast-tracked soon as the 40-day lockdown lifted. Tonnes of concrete are being poured into the sandy beach for the structure’s foundation, even though Goa’s seen an intense start to the monsoon with flooding all around. 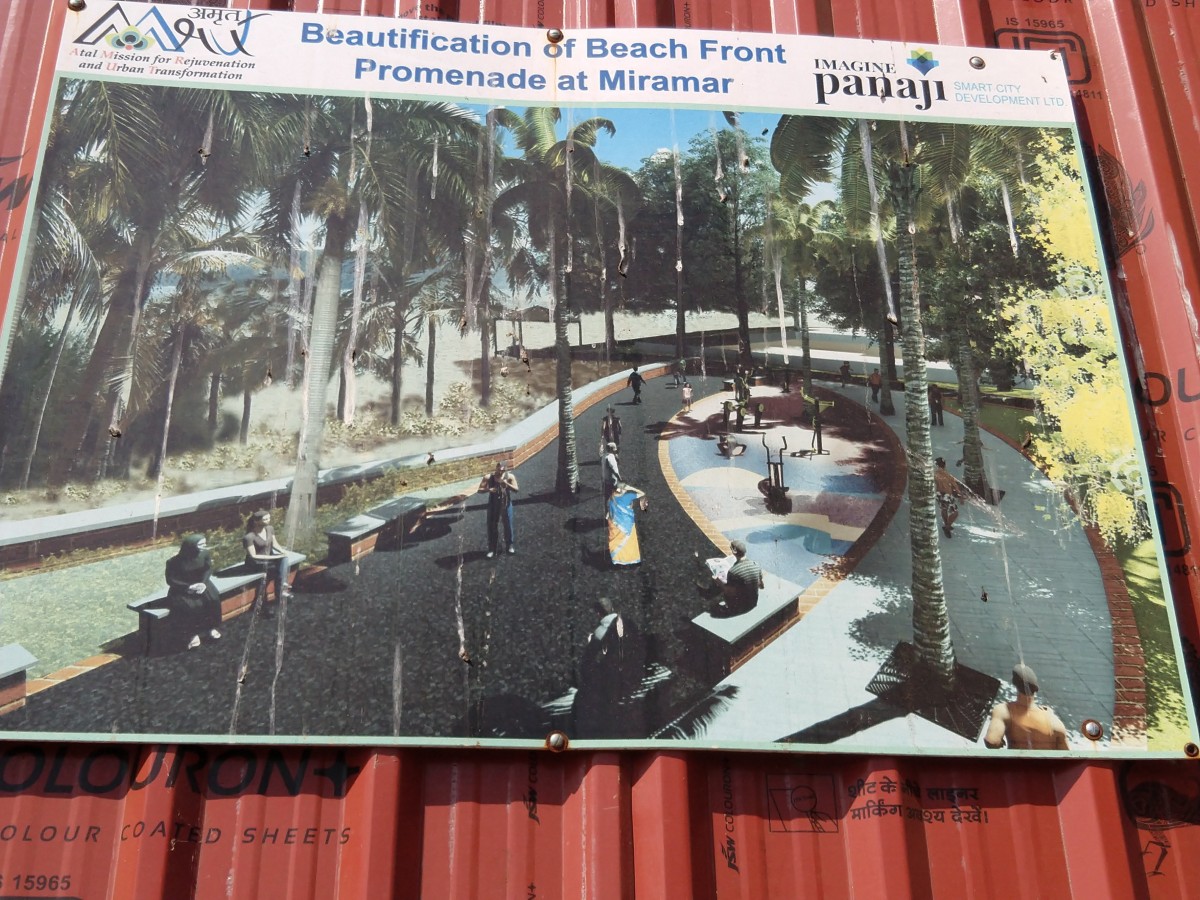 Bordering the Parrikar memorial, almost a kilometre of beach is being landscaped at the cost of Rs 13 crore with the construction of a gabion wall, a granite promenade and the random placement of gazebos under the guise of the smart city project, never mind that Goa has one of the worst internet connectivity systems in place. Launched in 2015, one of the prime objectives of the Centre’s Smart City Mission was to create an efficient urban infrastructure with high-speed internet, good public transport and uninterrupted water and power supply in 100 Indian cities.

In Panaji, the funds have been diverted to beautification projects of the chief minister’s choice, though Sawant has never lived in the city. Asked for a break-up of projects and the funds received and spent, Imagine Panaji Smart City Development Ltd said it would “take time”. The special purpose vehicle set up for the project’s execution has been often accused of a complete lack of transparency. 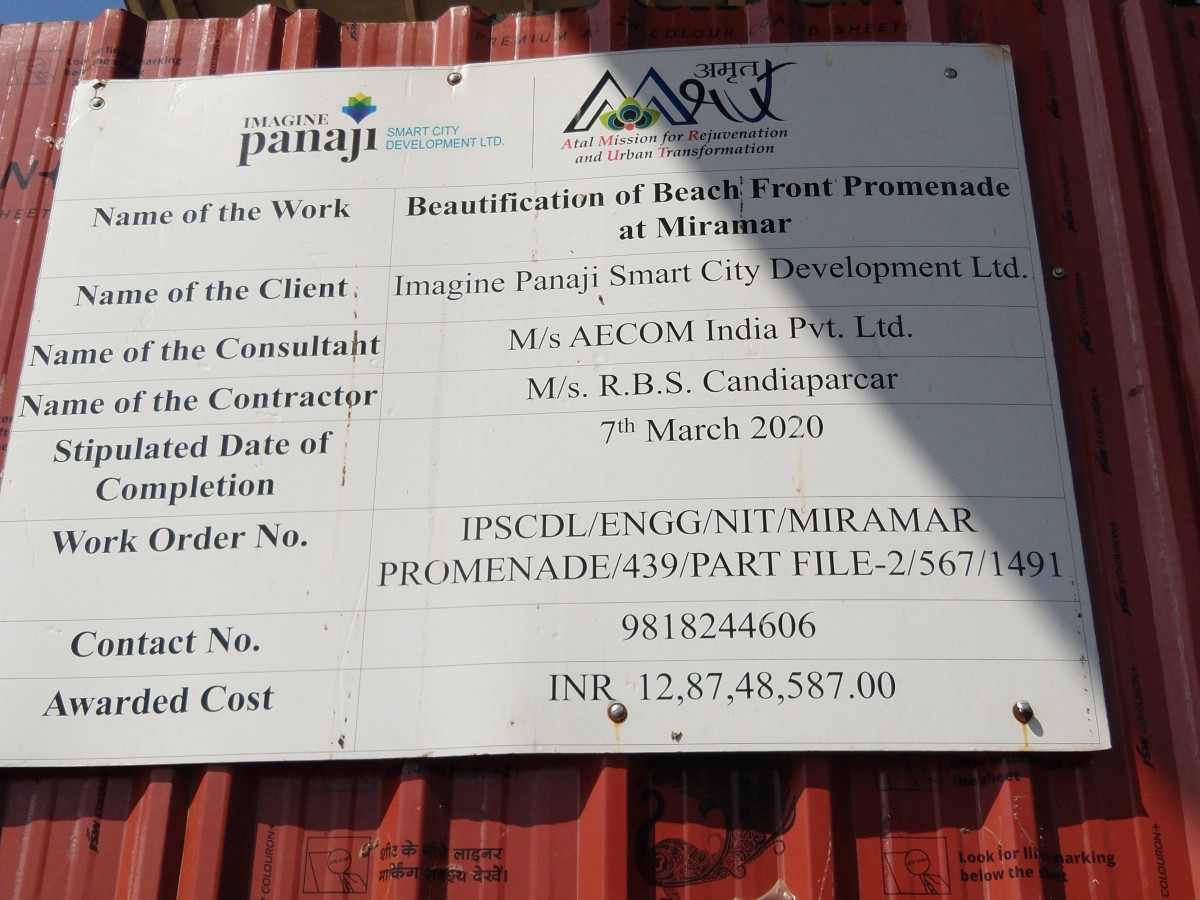 It’s easy to dismiss the Goa chief minister as an incompetent, inexperienced, fumbling leader. At a recent press conference turning down the need for a short lockdown at a growing hotspot, he said “Goans have good immunity” to fight the infection. In another instance, he said coronavirus was just like the flu.

The pandemic has also allowed the BJP government to brazenly subvert the system and use the police selectively against the opposition and activists. Recently, the Vasco police arrested Goa PCC vice president Sankalp Amonkar and a half dozen other Congress supporters for holding a press conference in which they pointed to the flaws in the government’s response to the pandemic. An FIR has also been registered by the crime branch against the former NCP MLA Micky Pacheco for his criticism of the government.

Last month seven activists were arrested for protesting the filling up of agricultural land for a new panchayat ghar in Taleigoa, Monserrate’s constituency. The panchayat, known to overlook violations by huge developers, runs an air-conditioned office, probably one of the poshest in Goa.