The defection of eight legislators from the Congress to the BJP in Goa shows that a promise means nothing, its all about buying and selling. 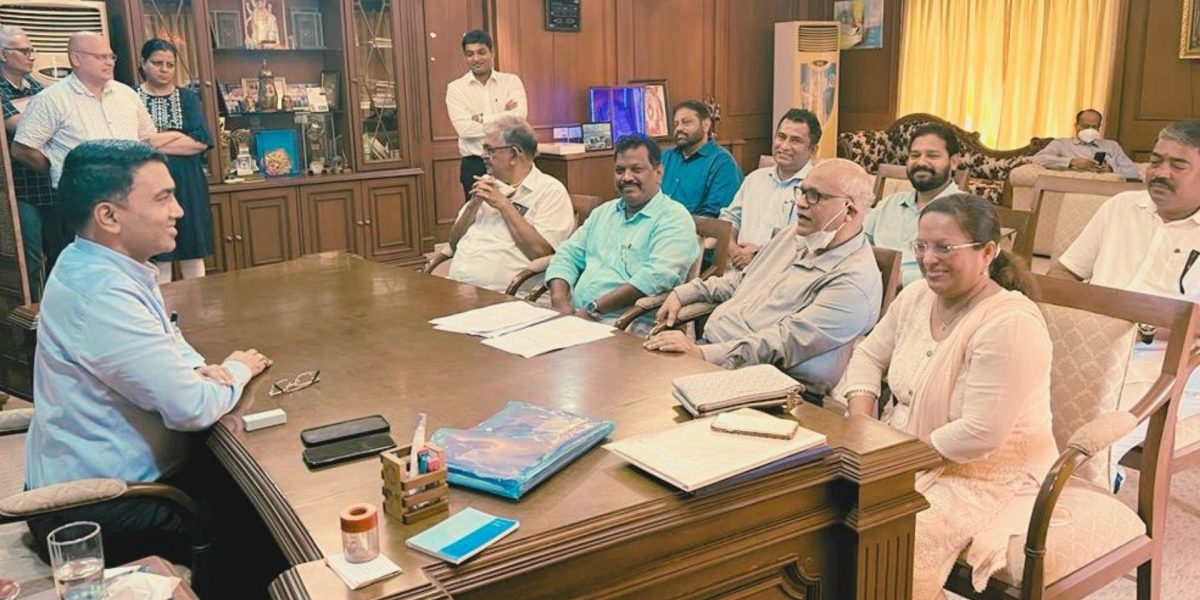 Indian mainstream politics is now negligibly about principles, and more about the stock-market.

On January 22, Congress candidates for the Goa assembly elections took a solemn oath in a temple, church and mosque not to desert the party if and when elected.

Congress candidates from across Goa visit Mahalaxmi Temple, Bambolim Cross & Hamza Shah Darga and took a pledge of loyalty towards the people of Goa & the party. #PledgeOfLoyalty pic.twitter.com/dtfIFUyuwn

Well, that resonant covenant did not last long. Eight of the 11 MLAs elected on a Congress ticket have now joined the BJP.

As to the vow they had taken, Digambar Kamath has claimed that he went through a prasad ceremony and God nodded yes to his resolve to switch over. It’s like a remake of how Moses, long years ago, accosted God on the mountain in a moment of perplexity, and brought back the Ten Commandments. Clearly, God, even in these satanic times, remains accessible to the repentant.

You may rightfully think there is a catch on the receiving side as well: the ruling BJP swears by Lord Ram as the source of its moral universe, as we have repeatedly witnessed.

Now, the aforesaid Lord is credited by the author of the Ramcharitmanas as being an exemplar of the edict that one may lose one’s life but not break a vow (Raghukul reet sada chali aayi/ Pran jaayein per vachan na jaayein). So what of the eight who have broken their vow? Clearly, had they not joined the principled ruling party, Lord Ram may never have pardoned their transgression.

There are, of course, those canny ones who hold the view that not Bhagwan Ram but Lord Bazaar has had the last word in the pious transaction. And as things are, the debate is by no means one-sided.

It should now be quite obvious that the republic’s enslavement to Lord Bazaar is complete, barring exceptions which only prove the rule: the communists, for example, remain ossified in their wrong-headed defeatism. But pray, who are they?

Often uninformed complaints are still made by the ardent hoi polloi about the undependable nature of the democratic process. Here is, therefore, a suggestion that may now be boldly embraced so that an example is set for other wobbling democracies to follow:

Let aspirants to political power in all elections be asked to stand as independent candidates, on the basis of whatever clout they claim to have. Once they are elected, let Indian politics thereon be guided by the structural genius of the cattle fair and the IPL.

Namely, let a ‘Candidate Mela’ be organised at the conclusion of the electoral process. Let all political parties desirous of buying up Member Stock be invited to bid for the elected independents. The auction would be democratic exercise, open and transparent, and all parties would get their due according to their standing in the Bazaar.

It should be obvious that this system would make the need for an Election Commission redundant, saving the exchequer much-needed moolah.

For some backward reason, there is still in this ancient land a petulant resistance to adopting the equitable practices of the Bazaar all across social, ethical, and political life. This is why our tryst with Vishwa Gurudom remains stymied. After all, if the purpose of politics is to acquire power, what better teacher than Lord Bazaar?

A Gautam Adani may very well succeed in showing the way out to uppity NDTV newscasters and anchors, but he dare not oust the least of the commercial messages that are the true and proper fare provided by the media now.

Only Indian democracy has the cultural resilience for this makeover to the flexibilities of buy and sell. Let us use that USP and hasten our march to world dominance.