'Congress at Point of No Return': Ghulam Nabi Azad Resigns From All Congress Posts

In his resignation letter to Sonia Gandhi, Azad came down heavily on Rahul Gandhi, holding him singularly responsible for the party's poor performance since 2014 and calling him "a puppet on a string" and a "non-serious individual". 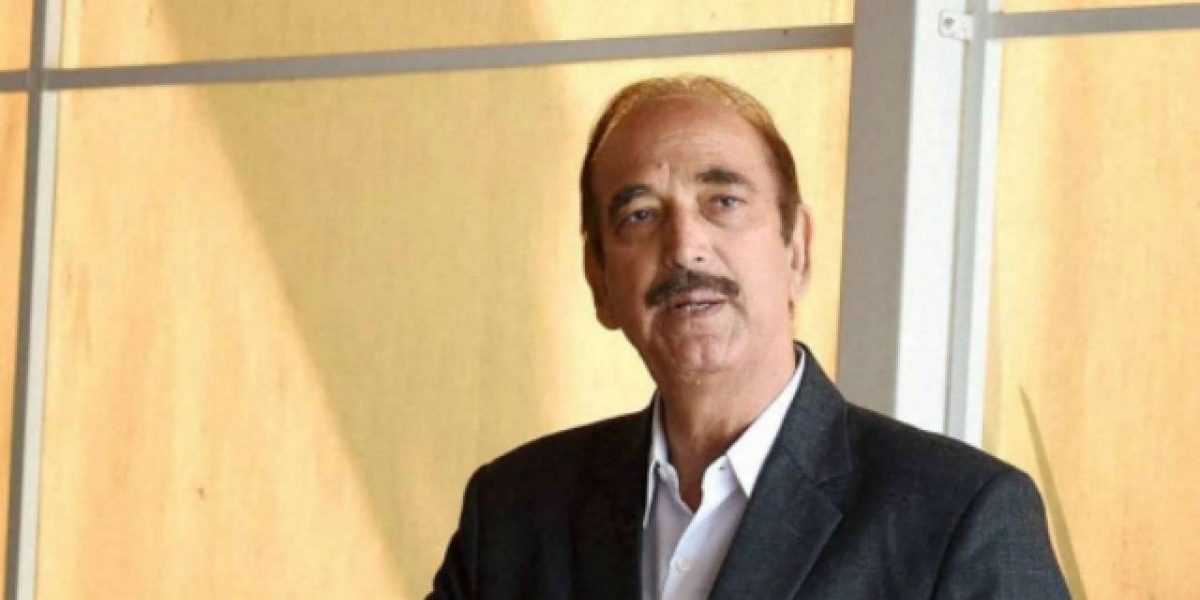 New Delhi: Senior Congress leader Ghulam Nabi Azad on Friday, August 26, tendered his resignation from all posts within the Congress party in a letter written to Congress chief Sonia Gandhi.

In the five-page letter to Gandhi, the veteran Congress leader took shots at the “coterie” running the party and criticised it for having lost its political will.

The letter further detailed, according to the Hindustan Times, Azad’s close relationship with former Prime Minister Indira Gandhi and went on to express that the party had reached a “point of no return”.

Azad also criticised the party’s organisation election process, calling it a “farce and a sham”.

“Handpicked lieutenants of the AICC has been coerced to sign on lists prepared by the coterie that runs the AICC sitting in 24 Akbar Road,” the newspaper quoted the leader as saying.

Azad’s leader begins with a lengthy recounting of his 35 years in service of the party, noting his continued support for the party and his presence in the governments of former Congress Prime Ministers Indira Gandhi, Rajiv Gandhi, P.V. Narasimha Rao and Manmohan Singh.

He goes on to laud Sonia Gandhi’s contributions to the party and role in bringing in the UPA-1 and UPA-2 governments. However, he says that her success with these two governments came because she heeded the advice of the party’s senior leaders, implying that she is no longer doing so.

“However unfortunately after the entry of Shri Rahul Gandhi into politics and particularly after January, 2013, when he was made vice-president by you, the entire consultative mechanism which existed earlier was demolished by him,” Azad wrote in the letter.

“All senior and experienced leaders were sidelined and new coterie of inexperienced sycophants started running the affairs of the party,” he wrote further.

Azad made particular mention of a 2013 incident in which Rahul Gandhi tore up a government ordinance to save convicted legislators from disqualification, which the former held singularly responsible for the UPA’s defeat in 2014.

In the letter, Azad also makes reference to numerous proposals lying dormant in Congress storerooms, and describes the party’s electoral outcomes since Rahul Gandhi’s entry into politics as “humiliating”.

Further hitting out at the former Congress chief, Azad lambasted the way Rahul Gandhi stepped down from the party’s leadership, accusing him of insulting senior leaders. He then noted that Sonia Gandhi, who has been serving as the party’s interim chief for the past three years – since Rahul Gandhi stepped down – is just a “nominal figurehead” and that important decisions are still being taken by Rahul, “or rather worse, his security guards and PAs”.

The letter then goes on to refer to the letter of dissent written by the group of 23 senior Congress leaders (G-23) and notes how no stock was taken of what the leaders had to say.

Azad wrote that the only crime the leaders committed in writing that letter was to point out the party’s weaknesses and provide remedies. “Unfortunately, instead of taking those views on board in a constructive and cooperative manner, we were abused, insulted, humiliated and vilified in a specially summoned meeting of the extended CWC,” he added.

Underlining the grim prospects of the party in the future, Azad continues to assail Rahul Gandhi, calling him a “puppet on a string” and a “non-serious individual at the helm of the party”.

Noting that he and his colleagues will attempt to “perpetuate the ideals of what (they) have committed their entire adult lives to”, Azad signed off.

Azad’s decision comes a little over a week after the party’s attempt to reshuffle its cadres in Jammu and Kashmir backfired. While Azad was appointed the head of the Congress’s Jammu and Kashmir campaign committee – and was also named as a member of the political affairs committee – he resigned shortly after his appointment for two reasons: first, that his close aide Ghulam Ahmed Mir was removed as state Congress president; and second, because he reportedly saw being a mere member of the PAC as a demotion, having to work under a leader junior to him in Tariq Hamid Karra.

While the Congress stated that Azad’s refusal came due to “health reasons”, other sources close to the party said that it indicated internal strife.

Azad’s relationship with the Congress’s central leadership has been fraught in recent times, with him joining the group of 23 leaders (G-23) who had written a letter of dissent to Sonia Gandhi a few years ago.

The timing of Azad’s decision is particularly damaging for the Congress for two reasons.

First, it comes as the Congress gears up to launch the ‘Bharat Jodo Yatra’; conceived in May this year with the intention of campaigning from the farthest ends of the country – from Kanyakumari in Tamil Nadu in the south to Kashmir in the North – on September 7.

In his resignation letter, Azad remarked that the party should have launched a ‘Congress Jodo Yatra’ before launching a ‘Bharat Jodo Yatra’.

Second, the elections for the post of party president – the process for which is already underway –  were slated to be completed by September 20. It remains to be seen what bearing Azad’s resignation has on these two developments.