Hyderabad: How KCR Ceded Ground to the BJP in GHMC Elections

While the saffron party did succeed in consolidating the Hindu vote, the TRS patriarch's decision to decimate the Congress and TDP also helped set the stage for a bipolar contest. 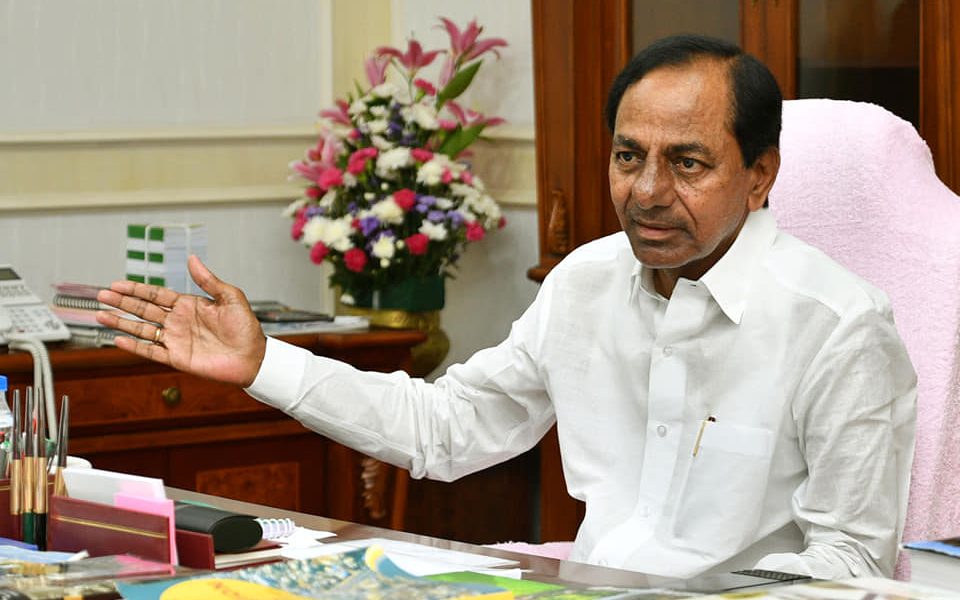 Hyderabad: The results of the Greater Hyderabad Municipal Corporation (GHMC) election have cast a shadow on Telangana chief minister K. Chandrasekhar Rao’s image as the undisputed leader of his state. After the setback in the by-poll to the Dubbak assembly constituency, KCR – as the chief minister is commonly called – and his Telangana Rastra Samithi (TRS) saw its tally fall in the capital city’s municipal body.

In the results which were announced on Friday, the TRS’s seats shrunk to 55 from 99 in the 2016 elections. The BJP, however, registered a spectacular performance with its tally going up to 48 from a mere four in the previous election.

While the BJP’s rise in Telangana has been meteoric, it has not come as a surprise for political observers.

Since first coming to power in the 2014 state elections, KCR has made it his business to leave no space for the opposition. He first decimated the Telugu Desam Party (TDP) and later the Congress. The TDP was dubbed as a party of “outsiders” due to the fact that it was led by then-Andhra Pradesh chief minister N. Chandrababu Naidu. He pushed both the Congress and the TDP into the margins by encouraging defection of lawmakers elected from both the parties.

Even during the state elections in December 2018, KCR continued to focus on weakening the Congress. The TDP, was on its knees already, but KCR once again used the rhetoric of Telangana sentiments to his advantage in that election.

With the BJP’s number of seats in the assembly dropping from five in 2014 to just one in 2018, the saffron party may have appeared harmless to the TRS chief. It was only during the parliamentary elections that were held just a few months after the state elections that Chandrasekhar Rao started taking notice of the BJP. The party not only bagged four Lok Sabha seats in that election but also defeated KCR’s daughter Kalvakuntla Kavitha in the Nizamabad constituency. 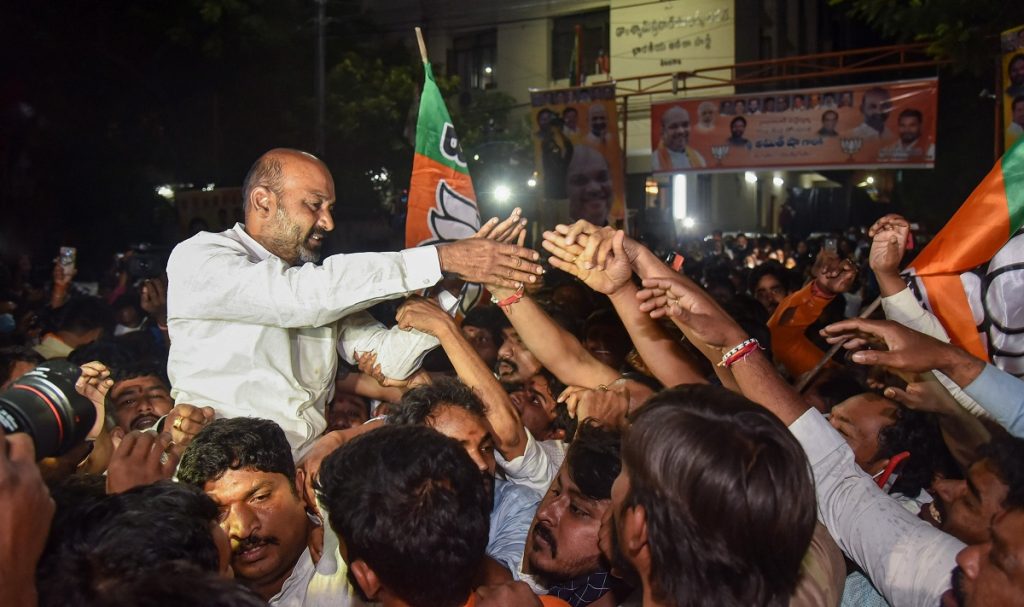 The decimation of the TDP and the Congress now appears to have been complete. In the GHMC elections, the TDP has drawn a blank and the Congress, which was considered the principal opposition, ended up with only a couple of seats.

The state is witnessing a shift from a multi-party political setting with four major players to bipolar polity with just the TRS and the BJP at play.

When it was a four-cornered contest, the Hindu vote was distributed among them. In the GHMC elections of 2016 the vote share was distributed among all the four major players. The BJP and the TDP put up a joint fight in that election. The former got 10.3% of the votes and the latter 13.1%. The Congress secured 10.4%, taking the vote share of the three opposition parties together to around 34%.

In the 2020 election, with the Congress and TDP’s disappearance, it was the BJP which cornered most of these votes. As the election was perceived as is a straight fight between the TRS and the BJP, the latter tried – and seemingly succeeded – to consolidate Hindu votes.

A lawmaker from the All India Majlis-e-Ittehadul Muslimeen (AIMIM) agreed, telling The Wire that the BJP has succeeded in consolidating the Hindu vote by demonising the ‘friendly relations’ of the TRS with Asaduddin Owaisi’s party. It also capitalised on the anti-incumbency sentiment against the ruling party, the lawmaker said.

The TRS’s campaign centred around KCR, his son and IT Minister K.T. Rama Rao, who is popularly known as KTR. The latter was made in-charge of the party’s GHMC election campaign. KCR’s daughter Kavitha also campaigned in many wards. This gave the BJP an opportunity to use its other major plan and criticise the TRS for its apparent ‘dynasty rule‘.

In contrast, the BJP played all its cards to ensure that the party puts up a good show. Right from bigwigs like Amit Shah and J.P Nadda to the party’s national youth wing leader Tejaswi Surya, even local level leaders were actively involved in the electioneering. With the selection of Backward Classes (BC) leader and Karimnagar MP Bandi Sanjya as state party’s chief, the BJP’s political messaging to large BC communities such as Munnuru Kapus and Gowdas worked well.

On the other hand, there is also reason to believe that the TRS is facing a greater level of anti-incumbency than it ever has in the past six years. Political observers believe that the oft-repeated regional sentiment has played out. Though the party did focus on development as its primary poll plank, it does not seem to have resonated with the voters. 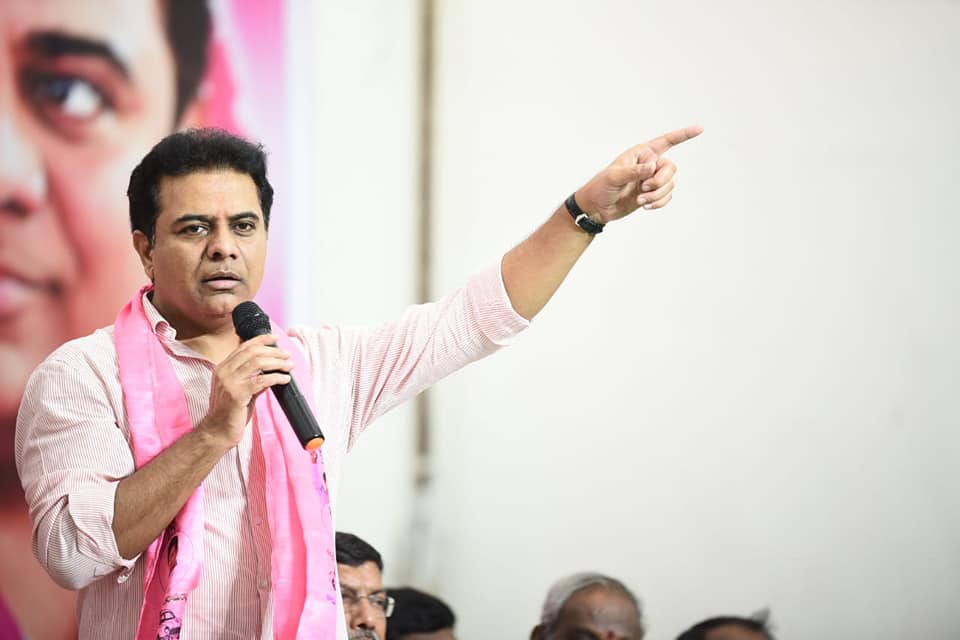 Criticism of KCR’s style of functioning

For the past few years, opposition parties have continuously criticised KCR for operating from his farmhouse in Erravalli, about 60 km from Hyderabad. This time too, the BJP rank and file criticised the chief minister’s style of functioning, attacking him for not visiting the flood-hit areas under the GHMC.

The BJP repeatedly claimed that even TRS party leaders struggle to meet KCR and the common man had no chance of getting the CM’s audience. The ruling party’s slide may unnerve the chief minister and force him to take a more proactive – and visible – approach to dealing with the issues faced by people.

According to analyst K. Nageshwar, the BJP’s gains could largely be attributed to KCR’s tacit alliance with the AIMIM. This, he says, helped the saffron party counter-mobilise Hindu voters in its favour. Union home minister Amit Shah and several other national-level BJP leaders joined the campaign and changed the very fashion in which elections for an urban local body are contested.

Also Read: Why the BJP Is Campaigning Aggressively in Hyderabad’s Local Body Elections

Besides, KCR also lacked consistency in his fight against the BJP-led NDA government during his six-year rule, Nageshwar said. During his first term, KCR largely supported the NDA government from the outside. He extended support to controversial decisions such as demonetisation, the GST Bills. While he began criticising the party during the 2019 general election, when the Narendra Modi government returned to power, the TRS supported the scrapping of Article 370.

Nageshwar said that the TRS had the opportunity to corner the NDA for failing to keep its promises such as setting up a steel plant in Bayyaram and providing national status for the Kaleswaram lift irrigation project. Instead of doing this, the ruling party continued to focus on weakening the Congress and TDP, he said.