'Gathbandhan' Will Not be Formidable if the Left is Left Out

Leaving out the CPI and CPI (ML) – Left parties with a significant presence in Bihar and Jharkhand – from the opposition alliance could cost it dearly. 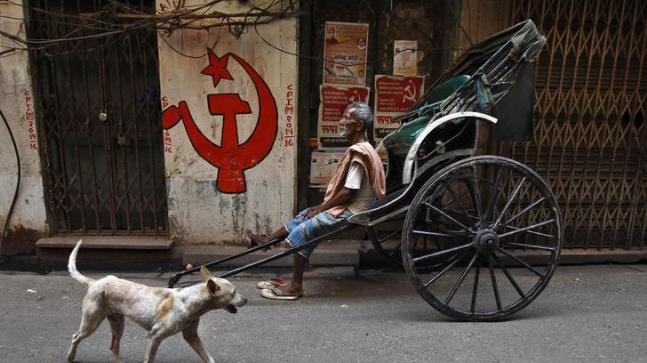 In an election where every seat counts, the failure of the anti-BJP gathbandhan in taking along the Left parties may cost it dearly in the crucial states of Bihar and Jharkhand, which send 54 MP’s to Lok Sabha.

In the wake of 2019 elections, BJP, Congress and other regional parties are trying hard to build strong alliances across the country. While the BJP seems to be taking the lead in this regard – having clinched deals and seat-sharing arrangements with more than 30 allies till now – the Congress and non-NDA parties seem to be lagging far behind.

Though a non-NDA, non-UPA alliance of SP-BSP-RLD looks impressive in UP, and the anti-NDA alliances in the southern states are firmly placed, the Congress, Lalu Prasad Yadav’s Rashtriya Janata Dal (RJD) and ex-chief minister Hemant Soren’s Jharkhand Mukti Morcha (JMM) – the three biggest parties of Bihar and Jharkhand – have still not succeeded in clinching an overarching alliance.

The indications given by all three of them regarding possible allies and seat sharing leaves out one crucial political force in these states – the Left, neglect of which may cost them dearly.

The Left in the Hindi belt: CPI and CPI (ML)

In Bihar, the CPI (ML) has three MLAs and in the state assembly, it was a bigger party than Ramvilas Paswan’s Lok Janshakti Party (LJP, 2 MLAs), Rashtriya Lok Samata Party (RLSP, 2 MLAs) and Hindustan Awam Morcha (Secular) of ex-chief minister Jitan Ram Majhi (HAM, 1 MLA) after the 2015 assembly elections. The CPI (ML) polled more than 5 87,000 votes in the state and together – with another 5,16,000 votes of CPI – both parties had around 3% vote share in the state.

The crucial thing is that their votes are not dispersed across the state but concentrated in certain belts (Ara, Siwan, Katihar for CPI (ML) and Begusarai-Mithila region for CPI) making them more “winnable”. This becomes evident from the fact that their combined vote share of Bihar in terms of seats contested is more than 7%.

Similarly, in the 81-member assembly of Jharkhand, CPI (ML) won one seat in the 2014 assembly elections (assembly elections in Jharkhand are held 5-6 months after the Lok Sabha elections), was runner up on one more and polled 2,10,000 votes or 1.5% of the total votes polled in the state. Here, too, CPI (ML’s) influence is concentrated in the Giridih and Palamu regions of the state, making their impact more “election-worthy”.

The Case of Koderma:

In 2014 Lok Sabha elections in Jharkhand, the BJP won 12 seats, JMM got two and the other parties could not open their accounts. In the wake of extreme anti-incumbency in the state against BJP’s Raghubar Das government, it was being expected that the tally of BJP in the state would drop drastically in the Lok Sabha elections. However, some blunders of the anti-BJP alliance may help BJP in delivering a respectable performance.

The Congress, JMM, Jharkhand Vikas Morcha (JVM) of ex-chief minister Babulal Marandi and RJD have finalised a seat sharing agreement for the state, which aims to give seven seats to Congress, four to JMM, two to JVM and one to RJD, neglecting the CPI (ML). Some experts believe that the reason behind the junior role that JMM has taken in this alliance is Hemant Soren’s plans to be the bigger partner for the upcoming assembly elections to be held later this year.

While this may be a small sacrifice on the part of JMM, what this alliance overlooks is the fact that RJD has virtually no significant base in the state, except for one or two seats in Godda-Giridih. Further, the neglect of CPI (ML) is expected to weaken their prospects for the Kodarma Lok Sabha seat.

Rajkumar Yadav later won the assembly election from Dhanwar seat the same year, defeating closest rival ex-chief minister Babulal Marandi by more than 10,000 votes. The Bagodar seat of this parliamentary constituency is also a strong base of CPI (ML), and it has been winning this seat for the last 4 terms – first by late Mahendra Singh and then his son Vinod Singh.

Vinod lost the election in 2014 to BJP’s Nagendra Mahato by a small margin of around 4,000 votes. The party – primarily based in Dalits and OBCs of the region – also has a strong presence in the Jamua and Gandey assembly segments. In the 2009 Lok Sabha elections as well, Rajkumar Yadav was the runner-up from this seat. Clearly, the coming together of JMM and Congress votes with CPI (ML) on this seat would have made the competition difficult for BJP, but with CPI (ML) out of alliance and ready to contest alone from here, the gathbandhan is clearly on a very weak wicket.

Neglecting the Left in Bihar: Missed opportunity for the gathbandhan?

A similar neglect of CPI-CPI (ML) in Bihar is also expected to make things easy for the NDA and difficult for gathbandhan.

The CPI has significant influence on at least three assembly constituencies of Begusarai Lok Sabha seat, where it has fielded ex-JNUSU president Kanhaiya Kumar. Kanhaiya comes from the influential Bhumihar caste that decides the electoral outcome here. In the 2014 elections, BJP’s Dr Bhola Singh (now deceased) won this seat, polling 4,28,227 votes while RJD’s Tanveer Hassan was the runner-up with 3,69,892 votes.

CPI’s Rajendra Prasad Singh was in third position but got 1,92,639 votes. The party has a vote bank of more than 1.5 lakh votes here, and with Kanhaiya’s popularity, it could reach further heights. This is too big a number to ignore, which could ultimately spoil the gathbandhan game. Logically, the RJD should have backed CPI here, but sources within the party say that Lalu Prasad is extremely fearful of the rise of any other youth leader from Bihar, who could be a future challenge to his son Tejasvi Yadav. This is why Lalu, who is rumoured to have initially assured Kanhaiya of support from this seat is now changing track.

While the CPI may spoil the gathbandhan’s chances on one Lok Sabha seat, CPI (ML) is likely to do so on at least two – Siwan and Arrah.

Of the six assembly segments here, four i.e., Ziradei, Darauli, Raghunathpur and Daraunda, have significant CPI (ML) presence. Polarisation against Shahabuddin’s wife, also on religious lines, is the main reason why the BJP has been winning here. A non-Muslim candidate of CPI (ML) and its OBC-Dalit base could have avoided that possibility, but the RJD is not keen to give this seat to CPI (ML).

The Arrah region has been one of the earliest basis of CPI (ML), since the times of the spread of the Naxalbari rebellion in north. It has been the site for bloody conflicts between upper caste landlords and Dalit-OBC landless labourers – where armed squads of CPI (ML) and the infamous Ranveer Sena engaged in violent clashes that left hundreds dead in mass killings.

Sources within RJD and CPI ML indicate that Lalu Prasad is willing to give the Arrah seat to CPI (ML) in return for their support on all seats, but CPI (ML) is not willing to leave Siwan.

In this scenario, what becomes interesting to look at is the attitude of the BJP.

The party, which had won 22 seats in the 2014 elections in Bihar gave up five of its seats to accommodate alliance partners. This attitude was last seen during the 2004 elections, when the Congress leadership willingly decided to contest lesser number of seats than 1999 to forge bigger alliances and succeeded in increasing the number of  seats won by it significantly.

Clearly, the BJP leadership knows that in a closely contested election like this, it is the number of won seats that matter, not the number of contested seats – a lesson that Congress and some of its allies like JMM, RJD seem to have forgotten.

Rajan Pandey is a freelance journalist and co-author of Battlegroud UP: Politics in the Land of Ram