The state, with the nuisance power of Hindutva gangs and behind the cover of Ganesh, wants to set a precedent to have other programmes and events on these grounds, which will gradually push Muslims out. 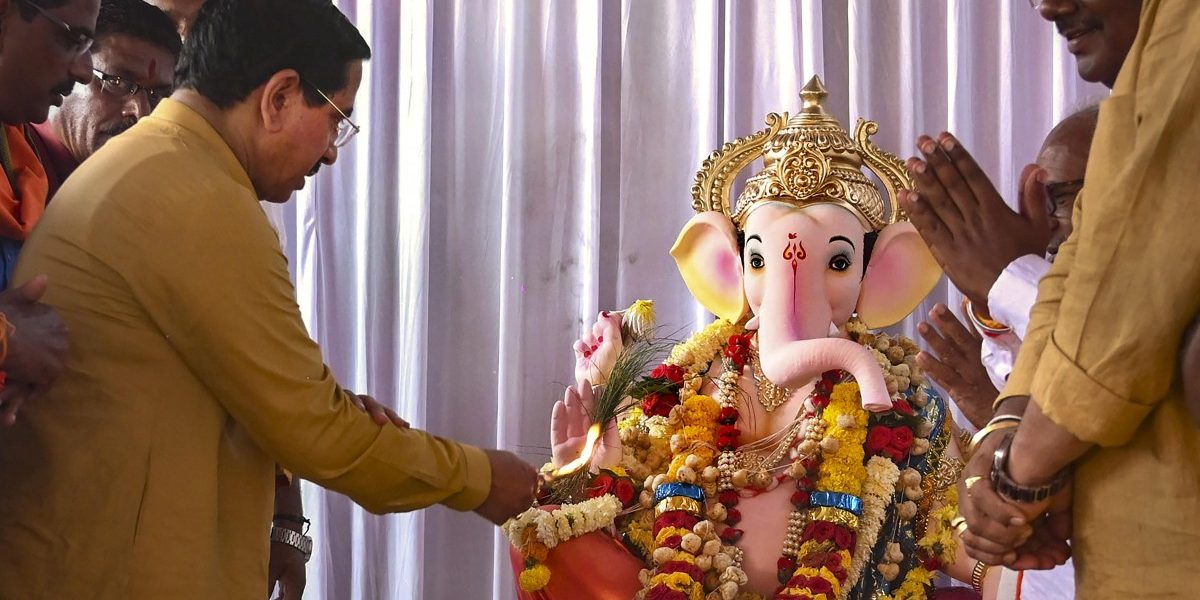 NALSAR vice-chancellor Faizan Mustafa, like a wise elder, suggests that Ganesh could have found a home in Bengaluru’s Idgah ground, escorted or helped by the Muslims.

In an article in the Indian Express, he writes,”Inter-religious disputes are best resolved by the faith communities themselves. It would have been much better if the organisers of Ganesh Chaturthi had entered into a dialogue with the Waqf Board and involved liberal Muslims in the deliberations.”

“Ideally, in the spirit of tolerance and accommodation,” he continues, “the Muslim management should have come forward and helped the organisation of the Ganapati festival. Such an action on the part of Idgah committee would have created an atmosphere of amity and harmony.”

The key phrases here are ‘inter-religious dispute’, ‘dialogue’ and ‘tolerance and accommodation’. Add to the list, ‘amity and harmony’.

If inter-religious disputes are resolved through dialogue in a spirit of tolerance and accommodation, it will lead to amity and harmony. Can one quarrel with this suggestion? This is the best way for different communities to live together. They all have differences which can sometimes lead to disputes, but these disputes need to be discussed and resolved without trying to belittle either side.

But are we in such a situation now? What is the context?

The Karnataka government has created this most recent dispute by insisting that the Idgah grounds of Bengaluru and Hubbali allow idols to be put up for Ganesh Chaturthi celebrations.

How can it be called a religious dispute? Some organisations wanted to put up pandals at Idgah grounds in these two towns. It has not been the practice for the past 200 hundred years. Why this hankering for this ground now? Were the organisers not able to get any other place to do their puja?

We know that it is not about puja at all. Nor is it about a paucity of space. This was made clear by the counsel for the state himself; he told the court that there was absolutely no dearth of space. But they wanted Ganesh pandals put up at this very Idgah ground. Why? To turn this Muslim space public?

It is to establish the rights of the state and Hindus over these grounds which have been used by Muslims for at least 200 years, if not more. It is about weakening the claim of Muslims over the Idgah ground and other spaces like it, finally dispossessing them of the rights to such places. That is why the Muslim side is resisting it. 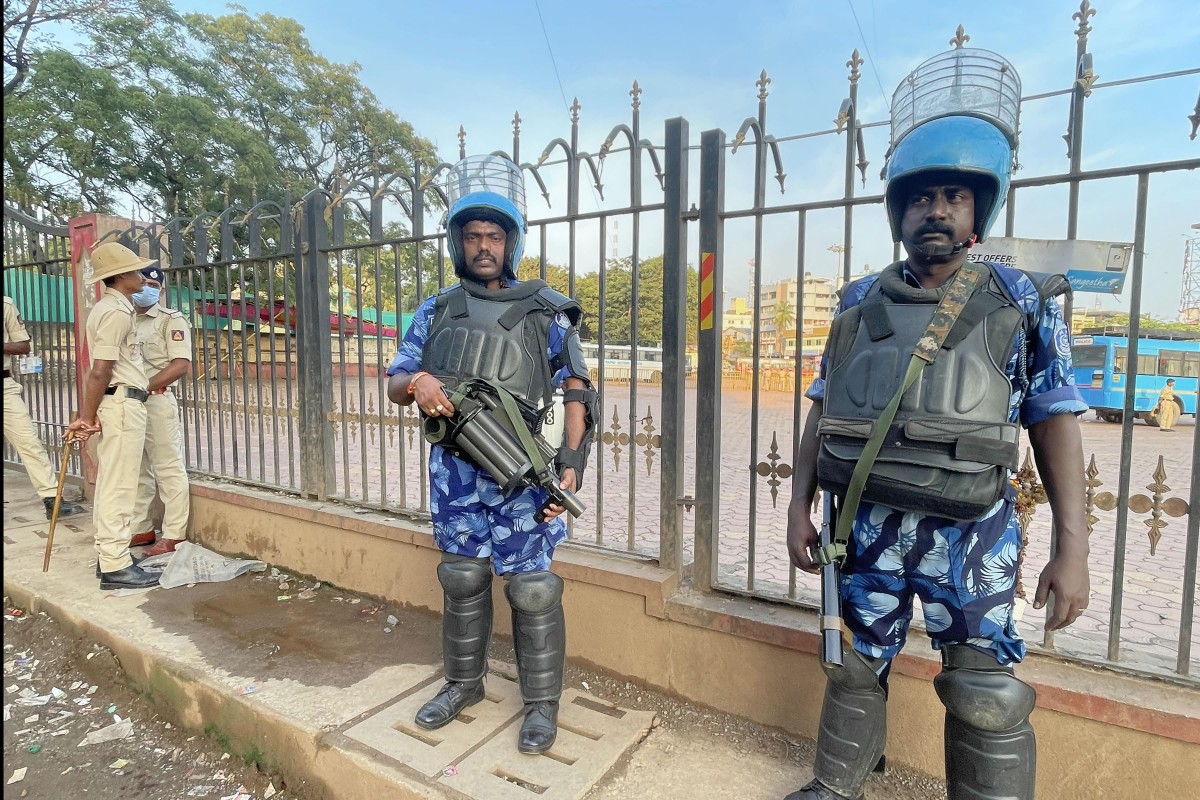 The state, with the nuisance power of the Hindutva gangs and behind the cover of Ganesh, wants to start a new practice. It can then serve as a precedent to have other programmes and events on these grounds, which will slowly, gradually push Muslims out of the property.

There is nothing religious about it.

It is also not about sharing a space; it is about first disputing and then rejecting the claim of Muslims over spaces. Muslim spaces are called ‘public places’. New stakes are created. Muslims are then asked to make way for others. If they resist, they are called non-accommodative.

Let us examine how the purpose behind the current demand to install Ganesh at the Hubbali Idgah ground is not religious. It has a history.

People who care to remember can recall 1994. At the time, Bhartiya Janata Party (BJP) leaders like Uma Bharti wanted to forcibly plant the tricolour at the Hubbali Idgah ground. The BJP had tried to push thousands of its people into the town. The then government had to resort to force and later, firing, to foil the attempt. Six persons died and a criminal case was lodged against Bharti.

What was the objective then? Was it to instil a sense of nationalism in Muslims by hoisting the national flag at the Idgah ground? Should Muslims not have agreed with it? In 2004, Uma Bharti was arrested for this crime. Then the gentle soul, Sushma Swraj, threatened to take out a ‘Tiranga Yatra’ across the country.

The Idgah ground was turned into enemy territory within the country which needed to be nationalised or annexed. Nearly 28 years after this nationalist campaign, a new demand to make the Idgah ground a public space has arisen.

Nationalism was the ruse then, as Ganesh is now. The purpose is to establish that there cannot and should not be any Muslim ownership in this country. People say informally that all mosques have been built on some other religion’s structures and that they should be returned to their original forms.

This should not be taken lightly. Similarly, jealousy or envy is generated in Hindus by telling them that kabristans, Idgah grounds and even church properties actually deprive them of their share of space in India. It was not for nothing that the Prime Minister told his electorate that if Muslims have kabristan, Hindus should also have ‘shamshaan’.

How do you achieve inter-faith understanding when there is a political party hell-bent on telling Hindus that everything belongs to them; that it is perfectly alright to take away, take over, by hook or by crook, lands, places of worship, shops, houses, and so on, from Muslims and Christians?

How do Christians talk to those who enter their church on Christmas and capture the stage to sing bhajans and raise slogans to praise the glory of their gods? Should they be ‘generous’ and ‘accommodative’ enough to let it happen? After all, all the Hindus are doing is praising their lord.

Should Muslims not be welcoming when Hindus enter their mosques on the day of Eid with the tricolour and ask them to hold it in their hands? What is wrong with holding the tricolour on the day of Eid? Why can’t Muslims be accommodative when Hindus with swords and abusive slogans want to enter their lanes to celebrate their gods? Can’t Muslims do this much for the sake of syncretism? Can’t Muslims allow Hindu worshippers in Gyanvapi mosque to pray?

Also read: A Mosque Can’t Be Turned into a Hindu Temple. Period. The Law Says So.

Faizan Mustafa knows that it is not Hindus that Muslims are dealing with. It is hurtful that he asks Hindu organisations to find “liberal Muslims” for negotiation. Can he say the same thing to Muslims? Can they find ‘liberal’ Hindus to talk to, whose views the Hindutva groups would listen to?

On the morning of Ganesh Chaturthi, it was Hindutva organisations – the Ram Sene and the Vishwa Hindu Parishad – that erected the pandal on the Hubbali Idgah ground. It was the RSS organisational network which wanted the Babri Masjid land. It is these organisations which want Muslims to accommodate them.

At Ayodhya, Varanasi, Mathura, Hubbali and Bengaluru, Muslims don’t have the luxury of not talking to these violent organisations. From the Hindu side, this is the only voice they have to hear. So, who is to accommodate whom?