From Parody to Politics: The Journey of Bhagwant Mann, AAP's CM Face in Punjab

While his ability to connect with voters has made him popular, many believe Mann will have to step out of Arvind Kejriwal's shadow to be successful. Chandigarh: Bhagwant Mann’s first parody album, ‘Gobhi Diye Kachiye Vaparne’ in 1993, was a spoof on inflation and political corruption. The highlight of the album, though, was his satire on the media. It was with this very wit that he made space for himself in politics, too.

With the Aam Aadmi Party naming him its chief ministerial face for Punjab on Tuesday, Mann (48) has scaled a new high point in his public life. He began as a humourist during his college days in Punjab’s Suman in the early 1990s before he gained prominence in the corridors of power.

Kanwaljit Dhindsa, a close friend of Mann’s from college, said the AAP leader’s family comes from Satoj village near Suman. His father, Mohinder Singh, was a science teacher in a government school and wanted Mann to become a teacher like him. But he was born with a different talent. Initially he wanted to become a singer. While singing remained a part of his creative journey, he gained fame through humour, satire and comedy.

“I believe his (Mann’s) talent was god-gifted. His quick wit and sense of humour that is alive even today was very popular in college. But he worked hard to hone his skills. He used to write his own script and perform it. I have seen him practising for hours before college festivals. He was in BCom second year when his first album was out. He left graduation midway and since then, there was no looking back,” Dhindsa said.

He added that not many know of Mann’s deep knowledge of sports and also the fact that he is a good volleyball player. “He plays it like a player, unlike other politicians who just show off,” said Dhindsa.

Mann’s rise as a humorist coincided with Punjab coming out of militancy in the early 1990s. There had been no melas and cultural festivals for one and a half decades preceding this.

The television boom and Mann’s shows like Jugnu Kehnda Hai and Jugnu Mast Mast with Rana Ranbir and Jagtar Jaggi made him a household name. He also participated in the early edition of the Great Indian Laughter Challenge in 2008, in which his present-day rival and Punjab Congress chief Navjot Singh Sidhu too joined as a judge.

His college friend and noted actor Karamjit Anmol told The Wire that being a satirist, Mann was already politically aware and often talked about his inclination to join politics.

Being an entertainer, he was well exposed to problems in villages and also fully aware of Punjab’s issues. “But I was surprised when he chose to join politics at the peak of his career in 2010 and since then he is fully devoted towards it,” Anmol said. “Show me another politician in Punjab who had to sell half of his property ever since he took the political plunge?”

“At Mohali’s Dolphin Chowk, Balbir Singh Rajewal (now a famous farmers’ leader) and some others were leading a dharna over pending dues from the Punjab government. While driving by, I noticed Bhagwant speaking from the stage. I interviewed him the next day to gauge what he wanted to do. He was already a star satirist known for being politically aware, so it wasn’t unthinkable that he’d enter politics.”

Also read: As Politics Heats Up in Punjab, Will Issues of Farm Labourers Ever Get Attention?

Chhabra told The Wire, “He told me he was ready to lead a youth wing of the farmers to work towards achieving political power. And within months he took the plunge, though not with any farmers’ front but with Manpreet Badal, who then had parted ways with the Badal family of the Shiromani Akali Dal and formed his one political outfit, People’s Party.” In the 2012 assembly polls, Mann unsuccessfully contested for the first time from the Lehra constituency of Sangrur district.

But he gained prominence when during the height of BJP leader Narendra Modi’s popularity across the country, he joined the Aam Aadmi Party in March 2014. AAP was then barely two years old, but Mann registered a massive win from the Sangrur Lok Sabha constituency with over two lakh votes. He proved his mettle again during the 2019 Lok Sabha polls, when he was re-elected from Sangrur. He was the only AAP MP to register a win in those elections. 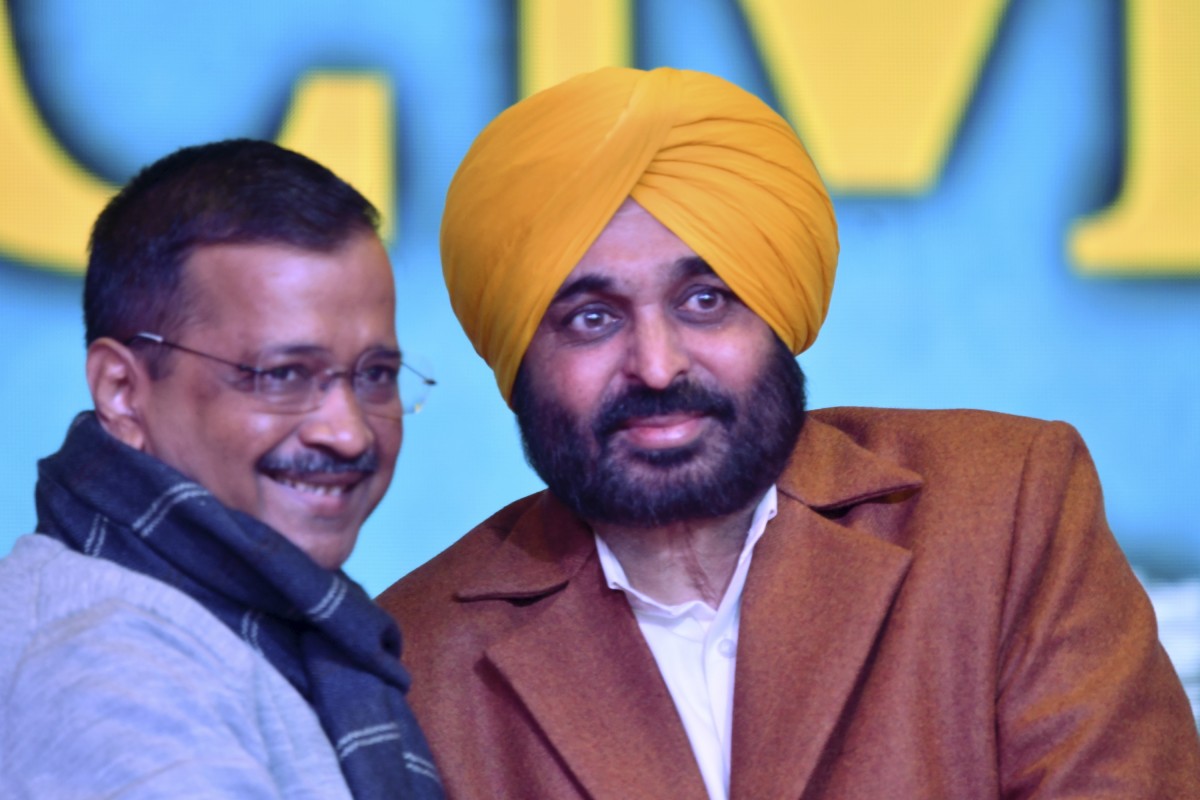 But there are parts of Mann’s life that his rivals often use to target him.

While his speeches rooted in ordinary Punjabi language attracted the masses, and that has been his great strength as a politician, he has his staunch critics both within and outside the state.

For long, his rivals have claimed that he has a drinking problem and is thus not fit to run the state. Mann too publicly acknowledged this in the run up to the 2019 Lok Sabha election and vowed not to drink again. His friends, however, believe his detractors are engaging in political propaganda.

Former MP from Patiala, Dharamvir Gandhi, who was one of the founding members of AAP in Punjab before he was suspended for locking horns with Kejriwal, told The Wire that Mann reached this position because of being Kejriwal’s ‘Yes man’.

“He (Mann) is not only a yes man, he managed the destruction and expulsion of many leaders in AAP, whom he sacrificed for his own selfish interest to gain prominence in the party. Anyway I wish him good luck,” said Gandhi.

Gandhi also referred to Mann’s alleged doublespeak when he resigned as AAP’s Punjab head in 2018 over Kejriwal’s apology to SAD leader Bikram Majithia on the drugs issue but came back 10 months later.

But for AAP, Mann has been the party’s most likeable face. A week earlier, AAP’s national convenor asked people to vote for the party’s chief ministerial face, which many believed was a mere drama to create election hype.

Before declaring Mann’s candidature on Tuesday (January 18) in Mohali, Kejriwal said that more than 21 lakh people submitted their response. “Ninety-three percent of them voted for Mann as the party’s chief ministerial face and the party feels proud to announce him as official candidate,” he declared while mounting the election heat ahead of the February 20 polls.

In 2017 polls, projecting Bhagwant as the chief ministerial face was an option available to the party. But the indirect projection of Kejriwal as a possible Punjab chief minister was a miscalculation that the party has tried to correct this time.

Need to create an authoritative image

Journalist Aarish Chhabra said, “Bhagwant’s appeal is not merely his comedy or his rustic charm or his celebrity quotient. Those are just factors. At the heart of it, he appeals to the young rural Punjabi as ‘aapna munda (our boy)’. You can see it primarily in his interactions with older, motherly women, who are relaxed in his presence and even scold him at times. He is accepted with flaws such as a drinking problem that he now says he’s resolved.”

He added, “But the nature of this very connection also limits his image. He lacks an authoritative aura within the party, which means that many still believe Delhi leadership is still more assertive than local leadership. Many of the big leaders of AAP left it because of this reason.”

“Mann also needs to make people believe that he is not just carrying out Kejriwal’s instructions when it comes to state-level politics. Channi’s image management on how he has come out of Sidhu’s shadow is a case study here,” he added.

Political analyst Jagroop Sekhon told The Wire that Punjab’s problems have become very complex. Voters are unhappy with tradition party leaders. “Mann is no doubt a crowd puller. But he must set his vision clear for larger masses to have more faith in him.”

Mann’s chances of success, many believe, will depend upon whether he is able to connect with voters who want a change. After his name has been declared the chief ministerial face, Mann is now well-placed to grab that space. His ability to achieve this will decide his fate as well as that of his party.