From Fire Safety to Urban Planning, Indian Regulations Are Not Working

Year after year, people are dying in incidents that are termed 'accidents' but are actually man-made disasters. 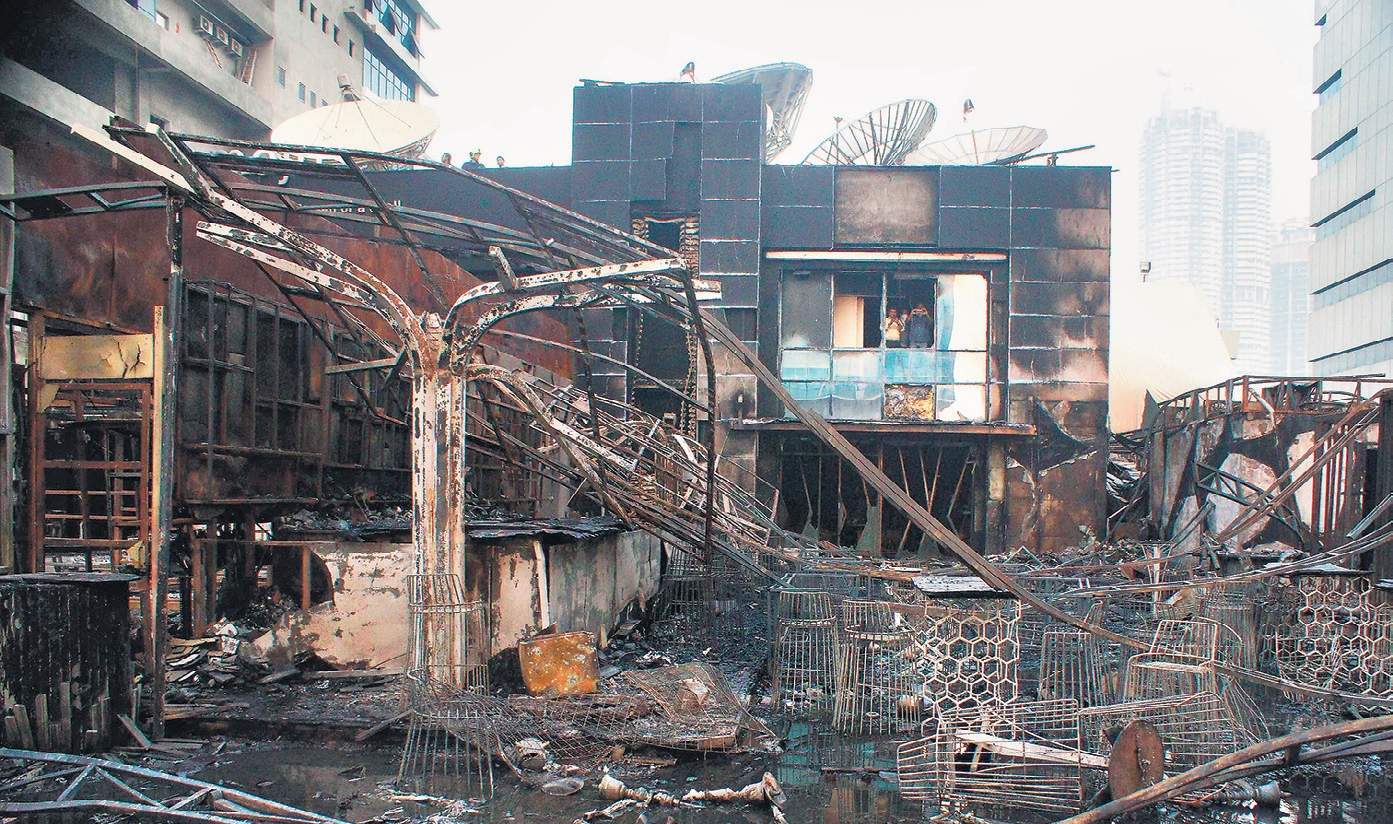 The Kamala Mills building after the fire. Credit: PTI

India’s cities – big and small, in the north and south – are sitting around a bonfire of regulations, basic tenets of urban planning and precious human lives. The December Mumbai fire is the latest reminder. We haven’t learnt our lessons from the gruesome Uphaar Cinema fire that killed 59 people and seriously injured 103 people in the national capital in 1997.

Here are some of the major fire incidents that took place in the last 14 years. Some places that are frequent victims – temples and firecracker units in Kerala and Tamil Nadu, for example – don’t even come under the strict demographic definition of urban areas.

According to National Crime Records Bureau figures, 17,700 Indians died – 48 people every day – due to fire accidents in 2015. Of those who died, 62% were women. Maharashtra and Gujarat, our two most highly urbanised states, account for about 30% of the country’s fire accident deaths. There is a close correlation between deaths due to fire-related accidents and population density associated with urbanisation.

In cities after cities, towns after towns, year after year, Indians are getting killed and burnt in fire incidents. Technically speaking, these are not accidents; they are man-made disasters, manufactured by a mix of half-baked regulations and compromised enforcement machinery and powerful interest groups. They are actually planning-made problems.

This is a classic example of India’s ‘disposal problem’ (a phrase borrowed from the history of the US foreign policy). Let’s see the usefulness of this concept in our context.

The ‘disposal problem’ refers to how a well-entrenched people, practice or protocol (interest groups, professional cliques, sellers or buyers in a market place, rules, laws, standard operating procedures, institutional matrix, collective mores and folkways, etc.) can end up defeating the very purpose for which it was created in the first place. There is an element of “unintended consequence of purposive behaviour” (Robert K. Merton, 1936).

For example, every historical change in modes of warfare has produced a disposal problem in terms of trained and battle-hardened soldiers: what to do with much-eulogised and no-longer-needed troops. During the second term of US President Ronald Reagan, the disposal problem was: what was to be done with the Nicaraguan mercenaries, who were until then one of the major armies of Central America, and their ex-CIA Cuban and American handlers, a powerful constituency inside the Pentagon? In the 15th century, a problem much like this one – what to do with bloodthirsty knights who lived off the land – was a powerful motive for England to prolong the Hundred Years’ War and keep the knights busy in France.

These were the US and England then. This is India now.

The Kamala Mills building after the fire. Credit: PTI

A case in point is the origin and prosperity of the water mafia in the national capital. The official water supply falls short of New Delhi’s needs by at least 207 million gallons each day, according to a 2013 audit by the office of the comptroller and auditor general. A quarter of Delhi’s households live without a piped-water connection; most of the rest receive water for only a few hours each day. So residents have come to rely, as shown by Aman Sethi’s field reporting, on private truck owners – the most visible strands of a dispersed web of city councillors, farmers, real estate agents and fixers who source millions of gallons of water each day from illicit boreholes, as well as the city’s leaky pipe network, and sell the liquid for profit. Any attempt to tackle Delhi’s water crisis will have to first involve dismantling the bureaucracy-business-water mafia nexus.

Another example is Chennai’s land mafia and how it caused the end-2015 floods. The Adyar river in the south of the original city had a spacious estuary and a broad flood plain. Many areas south of the river were marshy and low-lying, serviced by small rivulets and canals. Because of decades of faulty urban planning and the state’s hurry to industrialise, industrial complexes, educational institutions and housing estates have ravaged the watershed areas, filling up thousands of smaller ponds and streams and silting major tanks and increasing the surface water flow manifold. Between 1996 and 2015, more than 1,000 acres of this wetland was allegedly illegally diverted to accommodate industrial installations belonging to state-owned companies, including a large port and several coal-fired power plants.

Also read: Did Chennai Learn Anything From the 2015 Floods?

After the unprecedented rain 2015, this increased run-off found its way into the city. While the unusual rains have caused the disaster, the impact would not have been so severe in the absence of the man-made factors. The planned developments along the Adyar river that reduced its capacity as an outlet are largely government initiated, as the river bed was under government ownership. All the swamps, marsh lands, low-lying areas and streams that the big corporations, middle-class housing and slums have been built on are inundated as they are at the receiving end of overflowing large regional tanks. The state’s inability to enforce environmental laws and insatiable greed for land grabbing by both national and international commercial interests are in full play in Chennai. Any endeavour to undo the damage done by the organised encroachers to Chennai’s watershed and wetland areas will have to start with breaking apart the bureaucracy-real estate business nexus.

India’s disposal problem is manifest in the context of urban fire safety as well. For example, Mumbai’s building norms have enough loopholes, such as norms not applying for establishments with a seating capacity of less than 50 people. Secondly, the city has failed to invest in LIDAR-based (Light Detection and Ranging) technologies that can be used to aerially keep a track of setbacks and the presence of fire exits.

As the city grows vertically, manpower-intensive physical inspection is not required to enforce all fire safety regulations. Moreover, adequate space could have easily been retained for essential services like fire stations while redeveloping mill land, but the city didn’t do it. There is a business-bureaucracy nexus working everywhere.

India’s policy makers have a serious disposal problem at their hands when it comes to urban planning and management. From fire safety to waste recycling, from energy efficiency to water supply, from housing to traffic safety, the organised interest groups have infiltrated the state machinery and have been successful in damaging public interests as a matter of daily existence. By 2050, about 70% of the population will be living in cities and India is no exception. Mere post-incident sound bytes from the politicians and law enforcement agencies won’t help our urban population.